“Fresh Off the Boat” Is Quiet Rebellion Disguised as Situational Comedy 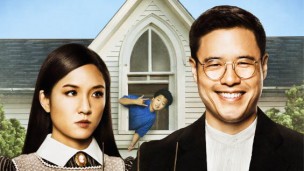 For a while, it seemed like ABC’s new sitcom “Fresh Off the Boat” had been set up to fail. In the weeks before its premiere, the show—based on celebrity chef Eddie Huang’s memoir of the same name—was saddled with expectation and cultural import. It is, no doubt, a landmark show: the first American sitcom starring an Asian-American family since Margaret Cho’s “All-American Girl,” which lasted only one season in 1994. But, unfortunately, cultural weight is not necessarily equivalent to quality. As Huang himself began to attack the show for straying from his vision and life story, the future looked grim. With all of the conversation that preceded its release, “Fresh Off the Boat” had been made something of a cultural ambassador.

It is, then, a major relief that “Fresh Off the Boat” is as good as it has proven to be over the course of its first five episodes, premiering with a sharp if shaky pilot and then growing from there. Its cast—many of whom have provided insightful and generous interviews about the show and its role in American television—is full of a host of capable comedians, kids included. It’s the sort of program that feels inviting and warm without being soft-shelled or lazy.

A great deal has been said about the show’s representations of Asian Americans in comedy and media, including a fantastic piece by Arthur Chu published by Salon. Frankly, I’m not a voice suited to add to that wing of the conversation. As much as I have been impressed with the show’s treatment of its characters, I am a white man. I am not in the place to be making that call. I say this only to announce that my discussion from here on out will be somewhat light on the racial and social currents of the program, and more focused on its quality as a sitcom. Those conversations are immensely important, but I am not the person to lead them. I will do my best to address Huang’s own criticisms of the show, all of which are legitimate.

“Fresh Off the Boat,” in the style of “Everybody Hates Chris,” focuses on the childhood of its narrator Eddie Huang (played by Hudson Yang with future voiceover provided by Huang himself) and his family, following their move from Washington, D.C., to Orlando. It’s a daunting endeavor for the family, but one about which Eddie’s father Louis Huang (the fantastic Randall Park) is aggressively optimistic. For years he has been laboring under his brother-in-law’s furniture dealership, and now he dreams of opening a Golden Corral-esque steakhouse named Cattleman’s Ranch. The inside is ostentatiously American, crowded with Western memorabilia and trinkets. Early on, Louis insists on finding a white host, in order to keep the customers at ease. His wife Jessica (newcomer Constance Wu, stealing every scene she’s in and many she’s not) is supportive but wary. As Eddie and his two younger brothers (Forrest Wheeler and Ian Chen) attempt to navigate the trappings of their new life, she remains cautious.

At its very core, “Fresh Off the Boat” is about cultural clash, both externally and internally. Huang’s memoir makes much of his love of hip-hop and the reaction that garnered in a Taiwanese-American household, and the show follows suit. Set in the mid-90s, one of the first scenes in the pilot features Eddie listening to Nas on his walkman while the rest of the family blasts Ace of Base’s perennially obnoxious “The Sign.” The disparities intensify when Eddie begins school; while his younger siblings acclimate well, he is both bullied for the traditional food his mother makes him and praised for his “very good” English. Much in the way of ABC’s “Black-ish,” “FotB” positions itself along a number of fault lines before asking its characters to reconcile their social and personal environments. Neither show is interested in many angry displays of racism (save for one moment in the first episode), but rather in the ways that society congratulates itself while marginalizing those it claims to be comfortable with. The families on both programs are greeted with a variety of kindnesses, but many of those become ultimately hollow. Meanwhile, as White America clamors to ensure the Huangs that it accepts them, Eddie and his siblings are forced to ask themselves what assimilation means, and how they’re expected to proceed.

If this seems like heavy stuff, “FotB” deals with it in deft strokes. Many of Huang’s complaints about ABC’s adaptation of his work center on the show’s lightness of touch—he mentions at one point being asked to say, in voiceover, that America was great—but for the most part, the program doesn’t seem all that interested in dodging issues. Certainly, Huang’s memoir is bracing and fearless and delves into a number of experiences that a network comedy will simply be unable to tackle. “Fresh Off the Boat” seems more interested in establishing a fundamental warmth among its characters and then focusing on how their relationships are threatened by the society around them.

This is not to let the show off the hook. Even in its first few episodes, a number of issues have cropped up, not least of which is young Eddie’s attitude toward women. For all of Huang’s insight, his book is, at times, feverishly misogynistic, and while ABC’s adaptation doesn’t ever reach that point, it still handles many female characters with a sort of dull, objectifying lens. I’ve seen viewers defend this as part of Huang’s budding interest in girls, but that seems hollow. Jessica Huang is portrayed as such a strong, brilliant, layered character, so it’s clear that the show can do better.

Otherwise, “Fresh Off the Boat” is a rousing success, a show that is both warm and rebellious. Each actor turns in a performance filled with sincerity and humor, and the writing flows at a brisk clip. Is “Fresh Off the Boat” everything everyone wanted it to be? Perhaps not. Is it a show that, more so than many others, seems wholly capable of growing into something powerful and revelatory? Absolutely.