A law suit was filed after the University eliminated DKE as a program house for the 2015-16 school year. A court date has been set for March 9. 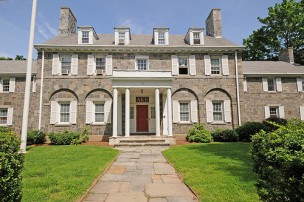 Editor’s note: Due to the high volume of traffic to the website on Friday, and to the DKE lawsuit article in particular, The Argus server was overwhelmed and crashed the website. Despite our attempts to recover it, the file of the original DKE article was corrupted by the crash and lost entirely. Thus, all the comments on that article were lost as well. Thank you all for your patience and understanding, and The Argus apologizes for the inconvenience.

Delta Kappa Epsilon (DKE) members and alumni have filed a lawsuit against the University for sexual discrimination, misrepresentation, and deceptive practices, according to DKE press release given on Thursday, Feb. 19.

The University’s alumni chapter, the Kent Literary Club (KLC), as well as members of DKE expressed that this suit centers around the University’s mandate that the residential fraternity houses become fully co-educated. After DKE’s efforts to achieve a workable solution, the University chose to eliminate the choice for DKE students to live in their on-campus housing for 2015-16 school year.

In the press release, Scott Karsten ’74, a spokesperson for the KLC, addressed the notion of discrimination in this situation.

“Discrimination is abhorrent in whatever form it may exist,” Karsten said in the press release. “President Roth’s pursuit of selective discrimination is an egregious example of political correctness gone wrong, and does a disservice to the high ideals upon which Wesleyan was founded. Not only does President Roth’s personal agenda fail to promote real diversity, it punishes the students he is supposed to protect. The current members and alumni of the DKE chapter at Wesleyan stand united against this blatant hypocrisy, and trust that justice will prevail.”

The University responded in an statement provided to The Argus.

“DKE’s annual program housing agreement was terminated for the next academic year only after the organization repeatedly failed to take any meaningful steps or make any reasonable commitments toward residential coeducation before the date on which the housing selection process began,” the statement read. “The DKE house has historically operated very differently than other special interest program houses at Wesleyan in many ways, but notably that it explicitly prohibits residence by females. This must change.”

Karsten also expanded upon his opinions in an email to The Argus.

“It was with great regret that we made the decision that, in light of the administration’s surprising and frankly deceitful actions over the last several months, we owed it to a very courageous and devoted group of DKE undergrads to take this action,” Karsten wrote. “It’s our belief that, notwithstanding the illogical, intellectually dishonest and bullying posture of the administration, the just outcome of this matter will be that the administration is held to its promises.”

Furthermore, the suit elaborates on the ways in which DKE and KLC acted in good faith to comply with University’s mandate. For example, this academic year, DKE provided a tour of its facilities to administration representatives to identify the structural improvements required to make such a change and hosted discussions with a potential partner about a shared housing arrangement, submitting a draft plan.

“Nevertheless, instead of the three year’s time promised, the University fast-tracked its decision to deny DKE housing rights less than five months after its initial demand, and two days before the University’s housing selection process began,” the press release reads.

President of DKE, Terence Durkin ’16, spoke to the lawsuit.

“Wesleyan embraces every other person’s right to live together based on gender, race, creed or sexual affiliation, but with the coeducation mandate in the fall this seems to not apply to us,” Durkin said. “Discrimination is wrong no matter what form it takes, and the university has unfairly singled us out in order to achieve their brand of ‘diversity.’”

Durkin further added that he and the other members of DKE were disappointed that the coeducation time was cut short despite the attempts to work with the administration to come up with a solution within the three-year time frame originally provided.

“Giving us a mere 10 days notice, we could not achieve their demands in regards to coeducation and therefore have lost our program housing status for next year,” Durkin said. “Our alumni have made the decision to sue, and the undergrad brothers of DKE wholeheartedly support that decision in hopes that we be treated fairly. We simply want to be given back our right to live in our own house and to continue to be strong supporters of all that is great about the Wesleyan community.”

A statement was also released by DKE International regarding the lawsuit.

“DKE, like all of the other fraternities and sororities on Wesleyan’s campus, are unfairly singled out by being denied the right to pursue housing options depending on a person’s gender, race, creed or sexual preference,” the statement reads. “We sincerely hope that the Court will reject the blatant hypocrisy driving the actions of Wesleyan’s administration and see that justice is done by restoring the rights of DKE undergraduates to live in their own house. Such an outcome would be a victory not only for DKE Wesleyan, but for every Fraternity who cherishes the bonds of brotherhood that we are so fortunate to call our own.”

The University added that they have offered DKE the opportunity to work with the administration in the co-educated program housing in 2016.

“The Kent Literary Club and the Gamma Phi Chapter of DKE have instead chosen to commence a lawsuit against the University,” the statement reads. “The University is confident that this lawsuit has no merit.”

A court date has been set for Monday, March 9.