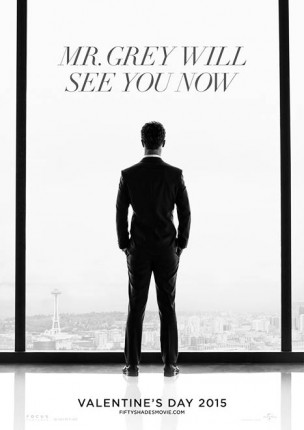 While the most vivid criticism is often directed at the most ostentatiously weak films, it may be the cardinal sin of filmmaking to present the audience with something that is both unremarkable and dull.

How could this be? At the very least it seems that this film should carry in its runtime some moment of furor, even if only ironically. Certainly, the conversation over its source material would have implied that it would. Since the release of the book, “Fifty Shades of Grey”—as a cultural artifact—has been magnetic. For some, it was an object of thrilling derision, a target for claims of sexism, exploitation, smuttiness, or vapidity. For others, it seemed to be an adventurous escape, a highly visible symbol of sexuality that could be celebrated and enjoyed as few works of erotica could be. “Fifty Shades” could be read on trains and in the waiting rooms of doctors’ offices. It represented the opportunity to comfortably explore the desires that erotic fiction is founded on and to do so without shame.

There was, if not pride, a confidence to its brand, the sexually “deviant” rendered self-assured under the gaze of the public. Even for those who bashed its sensibilities or mocked the content of its prose, there was a sense of engagement. Taylor-Johnson’s film captures none of this. It is unengaged in everything and somehow seems completely unaware of its cultural import, even as a creature of profit and franchise. One might absolutely be able to argue that E.L. James’ novels were a collection of blunders, but they were impassioned blunders, derived in part from the sense that James’ work sprung from her own erotic connection to a different franchise. Taylor-Johnson, on the other hand, seemingly has no connection to any of the work that she’s exploring. She has made something sexless of the material’s unabashed sexuality.

For those few who have not encountered the basics of “Fifty Shades” either through celebration or parody, the film tells the story of timid literature student Anastasia Steele (Dakota Johnson) and her relationship with the mysterious and feral Christian Grey (Jamie Dornan). Grey is reclusive and controlling, and he agrees to an interview with Steele as long as their meeting is on his terms. The result is an odyssey of tropes, exploring Grey’s troubled history, his desires and fetishes, and Steele’s sexual awakening.

It’s a relatively straightforward premise for erotica, drawing heavily on the tropes of “Twilight.” Grey urges Steele to back off, dancing around the same vague assertions that he is dangerous or complicated or that they come from different worlds, while seeming both totally oblivious to and absolutely aware of that fact that this is only drawing Steele further into his web. Of course, in “Fifty Shades,” Christian Grey is not a vampire, and he does not drink blood. He is a fetishist, and whips and chains excite him.

Whether or not the material’s excursion into the world and culture of BDSM is accurate or respectful, there is a thrill to the quaint fetishism of the books. The movie, too, seems happy to keep the depths of these kinks at relative distance—they are really nothing more than a synecdoche for kinkiness in general—but it also seems unsure of how to approach Steele’s introduction to her sexuality. In the film’s trailer, the revelation of Grey’s fetishes is accompanied by the sort of roaring music that might introduce a Bond villain’s secret volcano lair, but the careful, lingering shots of whips and blindfolds and gags seem so uninterested in their subject matter, as though, with James’ work so culturally established, there’s no need to pretend that this is at all surprising.

Johnson and Dornan don’t help matters much, as each of them was so stained by the discomfort of shooting that they spoke freely of in publicity. Johnson mistakes vacantness for innocence, moving through the relationship with a sort of non-commitment that only highlights the problematic power dynamic that fuels much of the criticism for the novel. Dornan, too, seems unsure of how to play his role, and when reaching for the dark magnetism that the part requires, often comes up with the a mimic of the restrained aggression that charged his work on Netflix’s “The Fall” (in which he plays a psychopath and sexual predator), where quiet blankness stood as a riveting emblem of unspeakable violence. The result is something that reads as deeply unstable and unsuited for Taylor-Johnson’s disengaged approach. In fact, Dornan’s misreading of his part almost seems too interesting for the surrounding film, a calibration that is constantly dulled by indifferent direction and the clunky script.

Perhaps this is the film’s most glaring failure: the unfulfilled promise. With all of Grey’s suggestions of danger, with all of the picture’s dipping into the well of sexual exploration, nothing ever seems at stake.  In fact, the whole picture is a sort of ineffectual tease. Bodies writhe, arch, and intermingle but there’s always a sense of space between them, a shyness that is wholly unfitting of what the picture itself demands.