The Mountain Goats’ John Darnielle explores the blurred line between reality and imagination in his first novel. 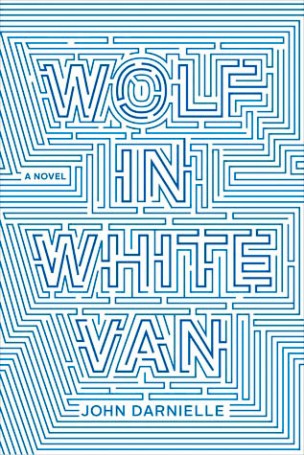 It is a cliché both readily embraced and starkly rejected that trauma is the core of art. At its most dangerous, this idea can mutate into both a worship and ignorance of suffering, fueling the impulse to abandon empathy in favor of the simplification of experience. At its most powerful, it encourages the deepening of communication and the celebration of triumph on all scales.

There is perhaps no modern artist who better exemplifies the latter manifestation of this than John Darnielle. Darnielle, who is best known for his work with the folk-rock outfit the Mountain Goats, of which he has at times been the only member, has structured his artistic career around the exploration of trauma (both large and small) and the journeys of redemption and healing that can bloom in its wake. For years, the Mountain Goats members have committed themselves to telling the stories of the marginalized, the overlooked, the broken, the condemned. Through Darnielle’s songwriting, they’ve pioneered a fearless and uncompromising brand of empathy, telling the stories of drug addicts, the mentally ill, and of Darnielle’s own childhood abuse with a brilliant and wistful clarity that denies the flattening of experience in the interest of personal meaning.

It should be, then, a great relief to fans of both Darnielle’s musical work and his approach to storytelling in general to hear that this ethic of compassion and dedication to honest complexity is alive and well in his debut novel “Wolf in White Van.” While technically not Darnielle’s first excursion into fiction (in 2008 the songwriter authored a novella), “Wolf in White Van” engages with narrative storytelling in a way that none of his previous work has. It’s especially impressive to witness how formally assured the novel is, and how well it maintains its commitment to tone and pacing. Two hundred odd pages are far different than a two-minute song, yet Darnielle barely ever loses control, and when he does, he is quick to right himself.

“Wolf in White Van” tells the story of Sean, the designer of a fantasy role-playing game called Trace Italian. The game drops its participants into a post-apocalyptic America, across which they must travel to find refuge in the game’s titular citadel, named for a star-shaped variety of medieval siege fortification. The game is played via mail: players send Sean their narrative decisions in response to a series of messages outlining the steps of their journey and the consequences of their choices.

The game has been a fixture of its creator’s life ever since he was disfigured in a mysterious “accident” he had in high school. Darnielle teases out the details of the episode over the course of the book. To add further complication, the story is told in reverse, beginning with the fallout of a court case that ties Sean to the unintentional injury of two of the game’s adolescent devotees and leading backwards through the years to the moment of Sean’s accident.

On its surface, the novel’s structure and concept can seem overbearing, and they might have caused “Wolf in White Van” to collapse had Darnielle been unable to find a foundation for his protagonist. Fortunately, Sean is a deeply nuanced character, and the skill with which Darnielle is able to craft his voice and perspective leads the “Wolf in White Van” beyond the perimeters of its narrative and into a landscape of questions of memory, responsibility, anguish, and connection. At its heart, this is a book about intertwining breeds of isolation, both societal and self-imposed.

This is also a novel of unanswerable questions, consistently reluctant to provide simple explanations for the forces that work on Sean and the world around him. Often, Darnielle confronts readers with the conflicts Sean encounters, providing them with a sense of satisfaction and closure. The novel’s first-person narrative becomes crucial to this, as memory and fantasy intermingle. Sean is ultimately forced to question what shape his personal story has taken and what the accident that incited the governing elements in his life actually means.

This is only intensified by Darnielle’s rhythmic prose, which draws on his work as a songwriter. There is a constant conversation between physical description and abstract poeticization, and the narrative moves confidently between the two. Darnielle excels at charging his details with meaning and emotional weight. As a result, he ensures that the writing advances with passion and intention even when information is muddled or withheld.

It’s this level of control, combined with Darnielle’s commitment to honesty, that delegitimizes the inevitable comparisons between “Wolf in White Van” and Chuck Palahniuk’s novel “Invisible Monsters,” which also investigates a character in a niche industry with a devastating facial injury. There is no deception at play in Darnielle’s writing, and the narrative’s tendency to sit on crucial facts feels more like fidelity to the difficulty its narrator has understanding his past and its trajectory than a need to manufacture mystery. Ultimately, the solution to Darnielle’s puzzle is both obvious and unknowable. The questions at play in “Wolf in White Van” have very little to do with where the story is heading and everything to do with the gains and sacrifices of that journey and how they combine to organize someone’s life in the before and aftermath.

Nowhere is this more apparent than in the book’s title, which appears in a scene where a young Sean watches a late-night talk show about Satanic messages backmasked in rock records. According to the show’s guest, if you play an old Christian rock record backward, you can hear someone whispering “wolf in white van.” To Sean this is both silly and intriguing, and to Darnielle it becomes the engine of the baroque emotional machine that drives his character. How is meaning constructed from the static of our lives? How are we shaped by the incidental forces that infect and flow through us? Are we responsible for the side effects of our lives? Who are we if not the things that grow within us without our knowledge?