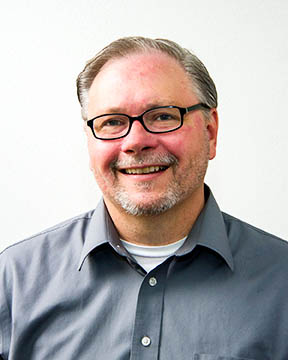 Director of Public Safety (PSafe) Scott Rohde began his position at the University on Wednesday, Oct. 1. Rohde has spent his first few days meeting with administrators regarding their views on campus safety. Over the next few weeks, he intends to meet with University staff members.

Rohde stated that he hopes that his first few weeks as director will help him decide on a policy direction for the department.

“My goal is to probably spend 10-15 minutes with each person, learn about them, learn about their expectations in terms of this office, what their perspective is on Public Safety as it relates to campus as a whole,” Rohde said. “When I collect all of that data, [my goal is] to take that and look at the higher view, if you will: the University goals, goals that the institution has set for this office, see where those match up, where they don’t, and begin doing some goal-setting for the next three months, six months, and ultimately a year and multiple years out.”

In addition to mentioning these meetings and defining department goals, Rohde spoke to the transparency he hopes to develop within the University community.

“In terms of broad goals, what I want to do is bring more accessibility to Public Safety, be more transparent in terms of our relationship to students and staff and the community, and really take a look at what is the image and perspective people think about when they consider Public Safety,” Rohde said.

Vice President for Student Affairs Michael Whaley believes that Rohde’s considerable experience will help PSafe improve its relationship with the University community and move the department in a positive direction. Rohde was previously Chief of Public Safety at the University of Wisconsin-La Crosse.

“[Rohde] has a love for the work and a real passion for being on campus,” Whaley said about Rohde in September. “He knows that this place is a unique place; it’s not cookie-cutter. He’s really enthusiastic about learning the place, he’s enthusiastic about the work, and he’s excited. I think that those things go a long way, especially when you add a high level of expertise to them. I think they’ll go a long way in helping us to move the department forward.”

Rohde was announced as the new PSafe director on Sept. 2, and several students have expressed concern that the hiring process took place over the summer. Although Rohde made the standard presentation on community policing to the students who were on campus, he was not able to hold an open question-and-answer session for the student body with school being out of session.

Andrew Olson ’16 has also expressed concern over the “draconian” approach to alcohol policy Rohde upheld at his previous job. Olson posted in several WesAdmits Facebook groups advertising a student group, the Public Danger Coalition Committee, that aims to inform students of their rights in the Student Judicial Board process. He also spoke to the group’s larger mission.

“What we organize for is [a] response to the increasing militarization of campus and local police across the globe, from Ferguson to Hong Kong, from NYC to LA, and most of all here in Middletown,” Olson wrote in an email to The Argus. “This, I hope, we can identify as a clear and present danger, which we are well within our rights to oppose by all appropriate means reserved to the people.”

Rohde addressed these student concerns about his allegedly heavy-handed approach to alcohol in his previous position.

“I’m not bringing a heavy-handed, nonsensical approach to alcohol enforcement,” Rohde said. “I think where people get a little bit off-track is that in my prior position I had a commissioned police department and they had different obligations under the law to take enforcement action, which is different than a security or safety department.”

Rohde explained that even though the police department issued a substantial amount of alcohol citations, students were given the opportunity to have the citation stricken from their records.

“We developed an alcohol diversion program in which students who had police contact had an opportunity to write a paper, attend a class, and actually participate in a round-table discussion about how alcohol impacted their educational experience,” Rohde said. “If they successfully completed that, there was no court sanction at all. That proved to be extremely popular and successful with the students.”

While Rohde insists that his alcohol policy will not be as severe as some students fear, he does recognize the danger that alcohol presents and will not tolerate alcohol abuse on campus.

“Alcohol contributes to a significant amount of criminal activity on and near college campuses,” Rohde said. “That’s simply a fact nationwide. Whether that’s sexual assault on the part of the perpetrator or victim, or whether that’s someone who otherwise wouldn’t commit vandalism or some type of crime, they choose to do that under the influence, [and that] can also impact more basic things like traffic safety or people crossing inappropriately and getting hit by cars and those things. To say that in this business we shouldn’t be concerned about alcohol or it should take a backseat is not a good approach. How we can be educational and still be able to complete our goals is really what it’s about.”

Rohde stated that his primary goal as director is to compile a reasonable policy that makes the University campus as safe as possible.

“Overall safety is the goal of mine,” Rohde said. “Not being punitive because that’s not going to accomplish what needs to be done. My approach tends to be ‘address behavior’ and that behavior oftentimes can be the cause of certain conducts.”