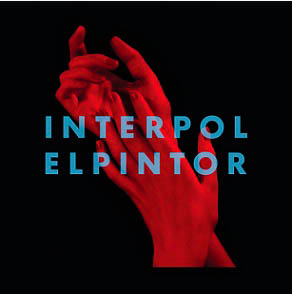 It’s been almost two years since the world decided to ditch its responsibility and avoid Paul Banks’ ill-advised hip-hop mixtape and four since Banks and his sleek doom-and-gloom indie rock outfit Interpol released their last, self-titled album. In that time, some might declare that Interpol all but evaporated from the public musical consciousness. Others—looking to bands like The National, The Editors, or The Horrors—might argue that they never truly left. Similarly, some might herald Banks and company’s latest album, El Pintor (which is currently streaming on NPR’s First Listen and will be formally released on September 9), as the return of an essential staple of the modern indie scene, while others might simply roll their eyes.

In many ways, El Pintor seems to validate both camps. The album’s mixture of familiarity and innovation can be either comforting and exciting or dull and misguided. As a record, El Pintor is nothing if not an Interpol LP, stewing with crackling guitar lines and lyrics that sound fascinatingly cryptic, or perhaps flaccid and nonsensical, depending on your mood. In the same way that Julian Casablancas and The Strokes stuck to the vision of cool that electrified audiences on Is This It, Interpol is unflinchingly dedicated to the somber sensuality that charged early career tracks like “Evil” and “PDA.”

This is not to say that there’s nothing new to discover or enjoy on El Pintor. Tracks like “My Blue Supreme,” “All The Rage Back Home,” and “Ancient Ways” each bring their own host of pleasures. On “My Blue Supreme”—which I would rank among Interpol’s best songs, period—the band weaves in a hypnotic and seething melancholia that would fit in alongside anything off Turn on The Bright Lights. “Ancient Ways,” on the other hand, goes right for the throat: “Fuck the ancient ways,” Banks declares at the very beginning of the track. It’s one of the clumsiest and most gripping cuts off the record, orbiting a storm of reverb that both threatens and promises to drown out lyrics like, “Shape the fight of sound/Become beautifully bound/To pound,” while still managing to recapture the wicked and visceral energy that ran through the best of Interpol’s earlier albums. And “All The Rage Back Home”? If Interpol were an animal, this would be its cry.

What this amounts to is a simple question of how much any listener likes Interpol. There’s no shame in a band sticking to its guns, and while the band’s last album may have seemed like the perfect argument for either revolution or dissolution, El Pintor is a dedicated and sincere assertion of style, commitment, and staying power. Every song on the album is able to conjure up some sort of reason for its existence and position on the record, and each serves to beat the drum for Interpol’s ability to churn out solid recordings, at least for Interpol fans.

If El Pintor fails on any level, it’s being far too targeted of a record. Nowhere in the blitzing thunder of the instrumentation is there any suggestion that the record will appeal to new listeners. Again, Interpol shouldn’t necessarily have to proselytize or transform, but it’s nice to think that Banks and company might want to grow more than a few inches in any direction. Yes, some tracks sound slightly more synth-y than those off earlier records. Yes, even the most goofily arcane bits of songwriting seem to have shed some of their self-serious posturing. But in the end, El Pintor isn’t really a new album. It’s simply a much better version of Interpol and a slightly better version of Our Love to Admire. Whereas Antics and Turn On the Bright Lights felt like distinct products of the band’s brand of broody absurdity, El Pintor feels like the bare bones, as though after years of study and practice, Banks and company found the right formula. Everything is good. Very little is memorable.

In many ways, this was always to be the fate of a band like Interpol (as it has very much been with The Strokes). From the outset, this was a band unabashed and unashamed of wearing its influences on their sleeves. Early criticism railed against how closely the band adhered to the principles of post-punk outfits like Joy Division, but even then, Interpol had the ability and the gall to make at least something about their records their own. Here, once again, Interpol wears its influences on its sleeves. This time, though, Interpol’s biggest influence is Interpol. On El Pintor, Paul Banks and company may be, in fact, the best Interpol cover band I’ve ever heard (much better than whatever pack of schmucks put out that last record).

El Pintor, then, is like a particularly great high school reunion. Everybody’s having a good time living in those sweet old skins, talking about their new jobs, reliving the genius and the stupidity of years ago. Julian’s still wearing the old sunglasses. Paul’s still wearing the old suit. And when you all look back on the age-old antics and retell those stories, they crackle and surge, and everybody laughs and smiles. But it’s still not the same. And when you look back on it all, you’ll remember the energy of the incidents themselves, not of the retelling. It’s not that the memory is spoiled. It’s just clearer than ever how long ago those days were.