ARTPOP is a Dream Come True for All Little Monsters 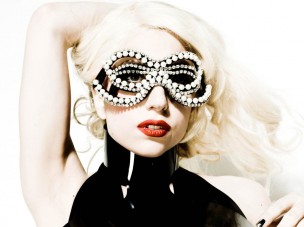 Nearly five years ago, a Mother Monster shook the world of pop music with her debut album, The Fame. Now, after two years of absence, we are once again summoned to serve as her faithful Little Monsters, and I can say with confidence that it’s going to be the  party of a lifetime.

ARTPOP, released on Nov. 6, is a piece of art in the most unusual way. It’s cosmic, sexual, and honest. Lady Gaga has no boundaries for her music in this album and she opens up to her loyal fans with the most dark and sexualized secrets you’ve ever imagined. ARTPOP will serve the music world as a great dance album, one that is ready to rock the clubs. Let’s take a look at some of the songs from the project.

“Aura” serves as a welcome track for the album, as Gaga describes herself as both the queen of pop and as just another awkward monster. Although some may find this track a good dance hit, I call it album filler because it lacks lyrics and Gaga’s usual spark.

This track is ARTPOP’s third single and I think that Gaga herself described it perfectly: “When I was finishing ARTPOP I decided to write one more song. And this song is about a very feminine wisdom. So I told all of my producers to get their big dicks out of the room. I said this one must be produced by a vagina,” Gaga told The Examiner.

Gaga is not a fan of collaborations, but when she does collaborate the product is out of this world. We all remember how awesome “Telephone” was, don’t we? “Jewels N’ Drugs” is a perfect pop/rap collaboration with complex beats that are extremely satisfying.

If I could choose ARTPOP’s next single, my first choice would definitely be “MANiCURE.” Gaga really pushes herself into new territory, and you can feel her passion for this track from her amazing “Gagaish” vocals. Fans of rock music: you don’t want to miss this.

If you were amazed by Gaga’s performance of this song at the iTunes Music Festival, you are not alone. The title track of this album is a monumental piece of music that will banish any stress you’re currently carrying. This is a song to put on repeat; you won’t be able to let it go.

“Swine” is the song Gaga wrote to her ex-lover, who remains unidentified. Delving into Gaga’s dark past, the song reveals how she recognizes anyone who hurts her: as swine. If you have any doubts about how mesmerizing this song is, just take a look at Gaga’s performance of it at the iTunes music festival. Warning: It involves flying pigs.

Since its release, I’ve had the feeling that “Donatella” is overshadowed by the hype surrounding other well-known tracks from this album. Gaga has treated this song with all the materials that made “Bad Romance” and “Paparazzi” famous and memorable, without being formulaic. This song is one of her best works and will be on my playlist for months to come.

This is the first single of ARTPOP and the perfect conclusion to an excellent journey. Lady Gaga deserves all the applause she gets from her Little Monsters, and she lives for it too.

ARTPOP is for everyone who appreciates pop music. Rock fans can also find their music style in this album, and rap fans are going to be surprised by Gaga’s collaborations. It’s been a long time since Gaga amazed us with ‘Born This Way,’ but ARTPOP was worth the wait, and she’s back with a handful of brilliant musical hits.