Fade: Yo La Tengo’s Still Got It 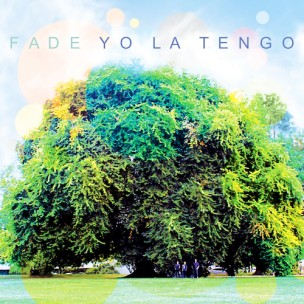 Yo La Tengo is a difficult band to categorize outside of the catch-all genre “indie rock.” Throughout its career, which has spanned 29 years and produced 13 records, the group has touched on noise pop, shoegazing, and a whole host of other genres, all of which inform the emotionally rich, thematically intricate, and sonically extraordinary tapestries that Yo La Tengo has packed into the deluge of music it’s released since 1984.

For most, the definitive quality of the band is probably the use of expansive tracks that form the backbone of albums such as I Am Not Afraid of You and I Will Beat Your Ass and And Then Nothing Turned Itself Inside Out (both of which contain cuts that surpass the 10-minute mark). It’s often with these pieces that Yo La Tengo most clearly traverses the notion of genre, blending musical tropes in ways that lesser indie pioneers can barely gesture toward, much less master in such a way that the question of what Yo La Tengo is becomes wholly irrelevant.

Considering the sort of acclaim that this trajectory has brought the band, it may come as a surprise that the group’s latest album, Fade, almost totally forsakes these trademarks, sequestering itself from the majority of Yo La Tengo’s discography while still managing to adeptly engage in the musical transcendence that makes the outfit a critical darling. Indeed, not a single track on Fade exceeds seven minutes, with the bulk clocking in at fewer than five. Maybe this should be expected considering the succinctness of the record’s title, which bears so little resemblance to the loquacity of the group’s previous album names. Whatever the reasoning, the result is really only akin to the first part of the band’s 2009 release Popular Songs, which chose to divide itself between uncharacteristic pop brevity and a more recognizable languidness.

Now, this choice may not appeal to all of Yo La Tengo’s fans, especially those who have been with the group since its inception. However, I would personally urge those who might be put off by the record’s brevity to look past it, for Fade is truly the band’s best album in years—a beautiful and understated meditation on aging, self-worth, and connection that makes up for the shortness of its track lengths with an unparalleled attention to compositional and ideological depth.

It’s a tall order for an album to succeed so thoroughly both as a collection of songs and as a single musical unit; however, part of what makes Fade such an astounding piece of work is how effortlessly it manages to rise to both of these challenges. Indulging Yo La Tengo’s unique genre-hopping abilities, the record blends rollicking outburst with melancholic lullaby, fusing each track into the next while still attending to the needs of each individual song. There are no weak links here, and none of the parts exceed their sum. Rather, Fade engages in an internal dialogue between various melodic stretches—no matter how disparate they may seem—while devoting equal effort to maintaining the uncompromising emotional examination that has elevated previous outings.

Part of the reason this duality proves so impressive is, in part, due to the record’s tightness, which seems almost incompatible with the sheer mass of musical alchemy and lyrical enchantment that comprises the spine of Fade. One might expect an album that tries to do so much in so little time (the album is barely over 45 minutes) to feel claustrophobic, or worse, unfocused—but this record feels like neither. Rather, the concision of the cuts becomes a showcase for the talents of their composers, a testament to the things that make Yo La Tengo such an astounding collection of songwriters.

I mean, if we’re being honest, sometimes those 10-minute symphonies, impressive as they are, are dulled by their length. It was, in some cases, a little too easy to become lost in their sheer complexity and end up missing what the band was actually trying to accomplish. No such danger on Fade, which was expertly trimmed of all musical purple prose (possibly an ironic comment coming from me).

It’s very few bands that can work for almost 30 years and still maintain their original freshness and beauty. Often we’ll speak of “old rocker” mistakes: an all too self-indulgent devotion to long, worn-out tricks. Fade is a promise from its creators that, at least for now, these aren’t pitfalls we need sweat. Yo La Tengo still has the ability to surprise and move us, even more so than they have in past years. So maybe there’s a bit of irony to Fade’s often melancholic preoccupation with the subtle ravages of time; as nice as it is to know that that anxiety can create such incredible music, the album itself is proof that Yo La Tengo hasn’t aged a day.