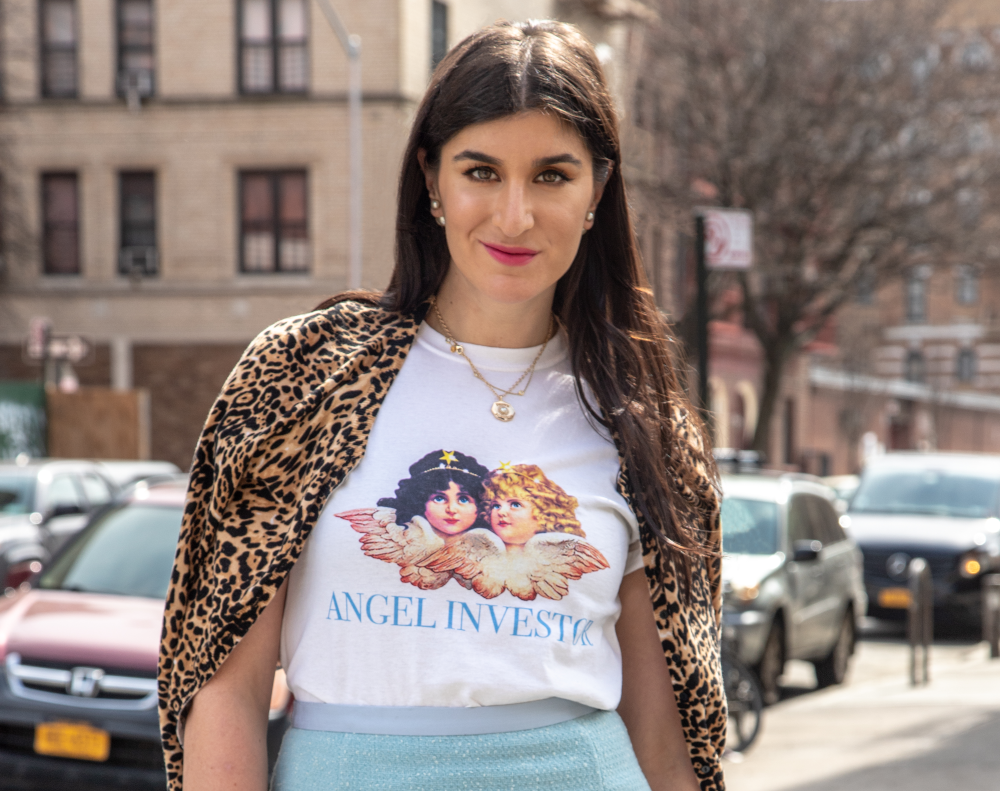 While you may not be familiar with her name, Haley Sacks ’13 is one of Wesleyan’s trendiest and most famous recent alums and a self-described “financial pop star.” Under the social media handle @MrsDowJones, Sacks’ content, which has amassed over 300,000 followers on Instagram and over 200,000 on TikTok, aims to make personal finance and investing less intimidating and more accessible to a Generation Z and millennial audience by connecting the subject matter with pop culture and celebrities.

“I was really intimidated by finances, but obviously obsessed with memes and pop culture,” Sacks said. “Like most people, I was really paralyzed.  I didn’t really have trust in myself at all with my finances or with money, and so I just sort of froze and panicked and did nothing.”

During her time at the University, Sacks was a Film Studies major and a member of the crew team. In a conversation with The Argus, she noted her favorite class was a course on melodramas with Professor of East Asian Studies and Film Studies Lisa Dombrowski. She also recounted fond memories of roller skating down Fountain Avenue, presenting her thesis film, and committing minor indiscretions at senior house parties.

Even as a student, Sacks was a force to be reckoned with. During the spring of her senior year, she was named a WesCeleb. This recognition is an early example of Sacks’ determination getting her exactly where she wants to be, as evidenced in the 2013 WesCeleb article by Zach Schonfeld ’13.

“Glamour queen Haley Sacks ’13 is not shy about getting what she wants,” Schonfeld wrote. “That’s probably why she hit me up on Gchat and, despite our never having spoken, demanded to be a WesCeleb. (‘This is about facilitating a connection,’ she declared, ‘one brunette to another.’) I was skeptical, so she invited me over to her house to serve me milkshakes and present a Powerpoint explaining why she should be a WesCeleb, complete with photos of her posing with Sofia Vergara and President Roth and a detailed overview of her prolific social media presence.”

Sacks’ initial post-grad plans entailed what she considered a traditional career in content creation and she went to work for established figures in the television industry including David Letterman and Lorne Michaels. However, after getting laid off, Sacks began to rethink her career path. She began considering how a changing economy and commercial landscape created new opportunities for entrepreneurialism and creative thinking.

“When I was coming up, there was this redefinition of capitalism,” Sacks said. “We’re no longer beholden to the man or the corporate ladder. That’s not our retirement ticket. Instead, we really hold the key to our own fate, which is exciting.”

With this outlook, instead of searching for another institution to work for, Sacks decided she wanted to be in control of her career and start a company of her own.

“In that moment [I thought], ‘I know if I work hard enough, I can get wherever I want to go, and I don’t want to put my fate in someone else’s hands,’” Sacks said. “I need to have the steering wheel.” 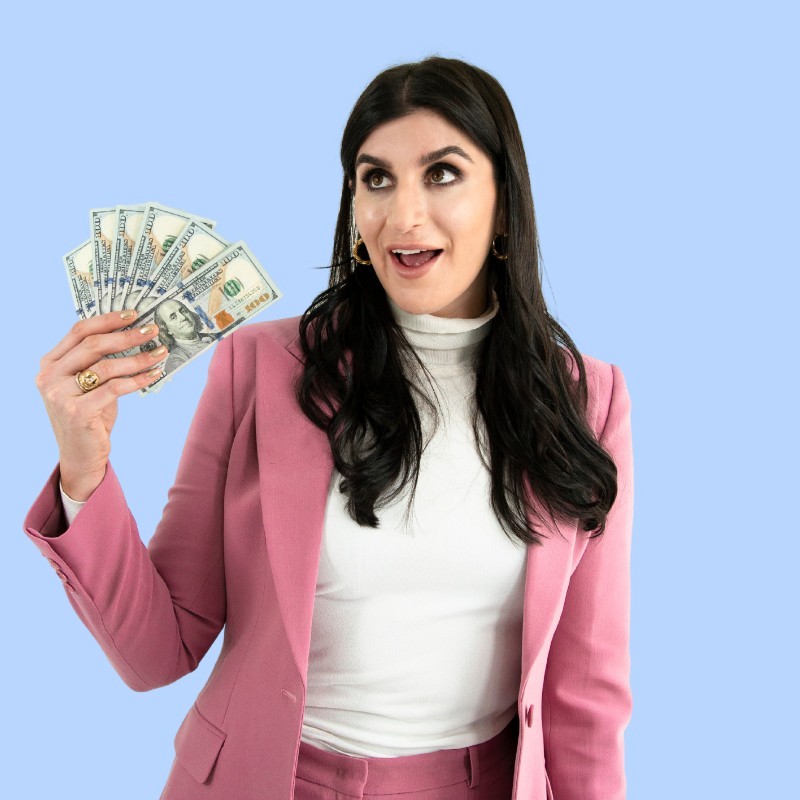 Sacks was not always the financially savvy phenom that she is today. In fact, she admits that when she first started working, she knew little to nothing about finance, not to mention how to manage her own money.

In 2017, Sacks founded Finance is Cool, a company aimed at demystifying the world of finance and lowering barriers to wealth and financial independence.

“There’s just no feeling like being in control of your life and having financial independence,” Sacks said. “That’s why my catchphrase is ‘be your own trust fund’—because we’re pushed to think of a trust fund as something that someone else will give to us, and then it will let us live this life of our dreams. But what is a trust fund besides a bunch of money that’s yours and yours alone to use however you want? Who’s to say that you can’t make your own trust fund?”

Sacks credits her unique take on finance to her lack of a formal finance background. She cites her Wesleyan film studies degree as a strong foundation that has given her a new perspective in the field.

“The best thing that ever happened to me was going to Wesleyan and being a film major because I don’t have a formal financial background,” Sacks said. “I had to learn all of this from scratch, educate myself, and then teach it to people, which allowed me to create something that really innovated the market…. I have no formal training, so there was no playbook.”

Much of the content on Sacks’ accounts speaks directly to women, especially because women have historically been less financially empowered than men.

“Most women have most of their money in cash, which is really the worst thing that you can do for your financial health,” Sacks said. “My goal in my account is to help them mitigate that financial risk and learn how to invest it and to feel confident and capable of doing that…. It’s really not hard to do.”

However, Sacks made it clear that she hopes her content is relevant to a broader audience.

“It was really important for me to create a platform that felt accessible to everyone,” Sacks said. “Obviously, I’m a woman, so I reach women more than any other gender. But in no way do I want it to feel like a tampon commercial, where everything is coated pink and we’re just talking about how bad the patriarchy is. I really try and create content that, separate from gender, just helps you get rich.”

Sacks channels the frustration she once had about financial decision-making in order to create content that she would have wanted to consume herself.

“I think that my biggest strength as an educator is that I can relate to people who don’t feel [comfortable with finance]. I was you,” Sacks said.

Sacks offered a few principles for current college students and especially graduating seniors to consider. The first was to establish healthy habits around money and spending.

“Start the habit of having a monthly money date with yourself…where you’re able to go through your finances and take stock of the situation,” Sacks said.

Sacks also emphasized cutting costs when possible, whether by living with parents or family members or by buying cheaper vodka.

“When you’re young, you can get away with a lot more cheap stuff than when you’re older,” Sacks said.

Sacks underscored that making long-term investments early in life pays off, and encouraged young people to start thinking about their finances.

“Be as scrappy as possible because you have the biggest opportunity to grow wealth from [a small starting investment] the younger that you are,” Sacks said. “People who start investing a hundred dollars a month when they’re 21 into the S&P 500, their statistics are insane.”

Lastly, Sacks emphasized that investing time in financial learning makes a huge difference down the line.

“Getting in the habit of growing wealth and having your money work for you instead of just working for your money is something that will help you grow wealth for the rest of your life.”