Following the Supreme Court’s June repeal of Roe v. Wade in Dobbs v. Jackson, the adequacy of on-campus abortion resources has come to the forefront of many students and faculty members’ minds. Student organizations such as the Wesleyan Doula Project, the University’s branch of a nationwide service that aids people through all stages of pregnancy, and Wesleyan Reproductive Advocacy and Legislation (WRAL), an on-campus club that focuses on reproductive health, have both been particularly active following the repeal, working to ensure that all University students have access to abortions. Both these organizations have been asking whether the University’s abortion access services are enough.

“There’s just not a ton of clear, transparent information about it online,” WRAL Co-Coordinator Abby Nicholson ’23 said. “There are resources there, but abortion and reproductive health and general sexual health are all really vulnerable personal issues.”

WRAL and the Doula Project work to reduce stigma around abortion, and to ensure all students know the on-campus resources they are entitled to. Wesleyan Doula Project volunteer Cate Levy ’24 aims to ensure that there is greater awareness both about how abortion works in general and what Davison Health Center can do for students.

“If you’re in the dark about something, it’s gonna continue to be a stigma or a taboo because you just don’t even have the information or the vocabulary to talk about it,” Levy said. 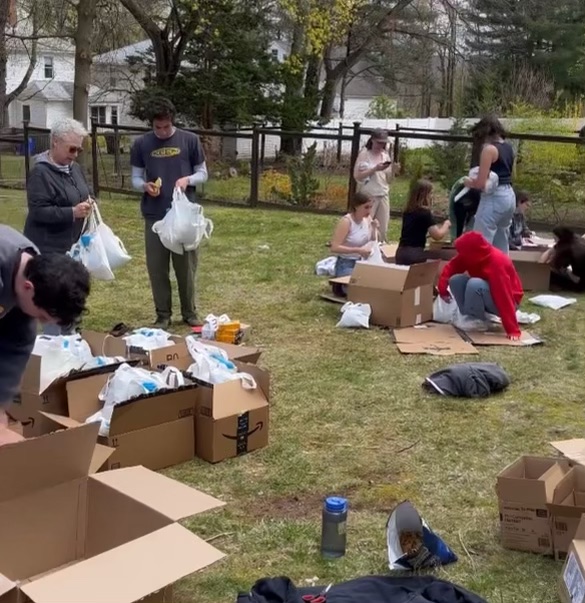 Both the Doula Project and WRAL agree that more needs to be done by the University to provide abortion resource information and reduce stigma. There are additional major barriers to abortion care, including shifting state laws and possible legal consequences for students who come from out of state.

“One of my personal concerns has been…about crossing state lines and the right of a state to then prosecute you,” Levy said. “Not everyone at Wesleyan is from Connecticut, and we don’t know what that means on a larger scale, because now we don’t have any federal protection or precedent that says, ‘No, you have the right to an abortion.’”

According to Levy, the University’s approach is abortion is similarly unclear. She hopes Wesleyan can be a sanctuary for all students, regardless of their state or country of origin, in terms of abortion access.

“That should be their priority,” Levy said. “It’s making sure that we feel safe and comfortable, and…that we know that they have our back.”

The specific resources that Davison has, as well as detailed information about abortion, is available on the Doula Project’s website and zine. Levy encouraged all students to read it and take the first step to destigmatizing abortion.

In addition to informational barriers, the Doula Project hopes to alleviate physical barriers, such as finding transportation to hospitals and lodging those who come from out of state seeking abortions.

Doula Project Co-Coordinator Olivia Andrews ’24 pointed out that one barrier is how information about abortion is communicated. She explained that the Doula Project aims to offer information calmly and without fearmongering.

“In the nature of how we spread information, especially with the Roe v. Wade decision on social media, we…paid attention to the reaction,” Andrews said. “And there’s, very understandably, a lot of fear and emotion. So we just try to very calmly provide information [and] be very specific…to try to be supportive rather than fueling the sense of fear around the topic.”

Another informational barrier that Doula Project Co-Coordinator Isabel Koral ’23 pointed out was the misconception that self-managed abortions are always unsafe.

“[There are] discussions surrounding the fact that self-managed abortion is not synonymous with unsafe,” Koral said. “And so, therefore, abortions that are outside of our legal framework are not necessarily unsafe abortions…. I think that people who are pro-choice will say that all abortions that are not legal are unsafe, which is not [true]… That is just a pretty widespread idea, and it’s definitely oversimplified and not true.”

Nicholson explained that WRAL was seeking to make abortion pill options accessible on campus. However, after speaking with Davison, it became clear that this plan was not feasible due to legal barriers. This prompted WRAL to shift its focus toward efforts to increase accessibility to pre-existing resources on campus.

According to Nicholson, Hartford GYN is approximately 30 minutes away from campus by car. Additionally, students can order pills online through plancpills.com. However, cost poses a barrier to both of these options.

“The big barrier is having a car on campus,” Nicholson said. “Maybe it would be better to make sure that people have a ride to their appointment, as opposed to going through all these hoops with Davison to get the abortion pill on campus…. So for people, the barriers [are] not so much that Wesleyan doesn’t offer [the abortion pill], but it might be [the] cost…. Having resources, maybe having a fund to help folks access that, might be like a more just productive use of our time.”

In an effort to generate funds to help those seeking abortions, a group of concerned Connecticut citizens has created the Reproductive, Equity, Access, and Choice (REACH) fund. REACH is a non-profit organization that fundraises to provide financial aid for those who cannot afford the cost of an abortion. Koral hopes the Doula Project can collaborate with REACH. She explained that even though the Wesleyan health insurance plan does cover the cost of an abortion procedure, there are other costs associated with abortion that could be alleviated by REACH.

“[It’s] really hard to make insurance work for your abortion, even [though University insurance] does cover it,” Frazee said. “[Abortions] have other big [costs] like transportation, and it’s just great even to know that the REACH fund could help with all these little things…. [It’s] really awesome…that [REACH] exists now, ’cause no matter what, it’s always a bind, and it’s always really hard [to finance an abortion].”

Similarly, the Doula Project also hopes to highlight available campus resources on campus through their form, where students can request information about abortion resources. Additionally, though abortion pills are not available on campus, Davison can help students who have had abortions get time off from school as needed for recovery. The University’s health insurance plan also covers abortion costs. More information about these resources can be found on the Doula Project’s website.

Kat Struhar can be reached at kstruhar@wesleyan.edu

Charlotte Seal can be reached at cseal@wesleyan.edu