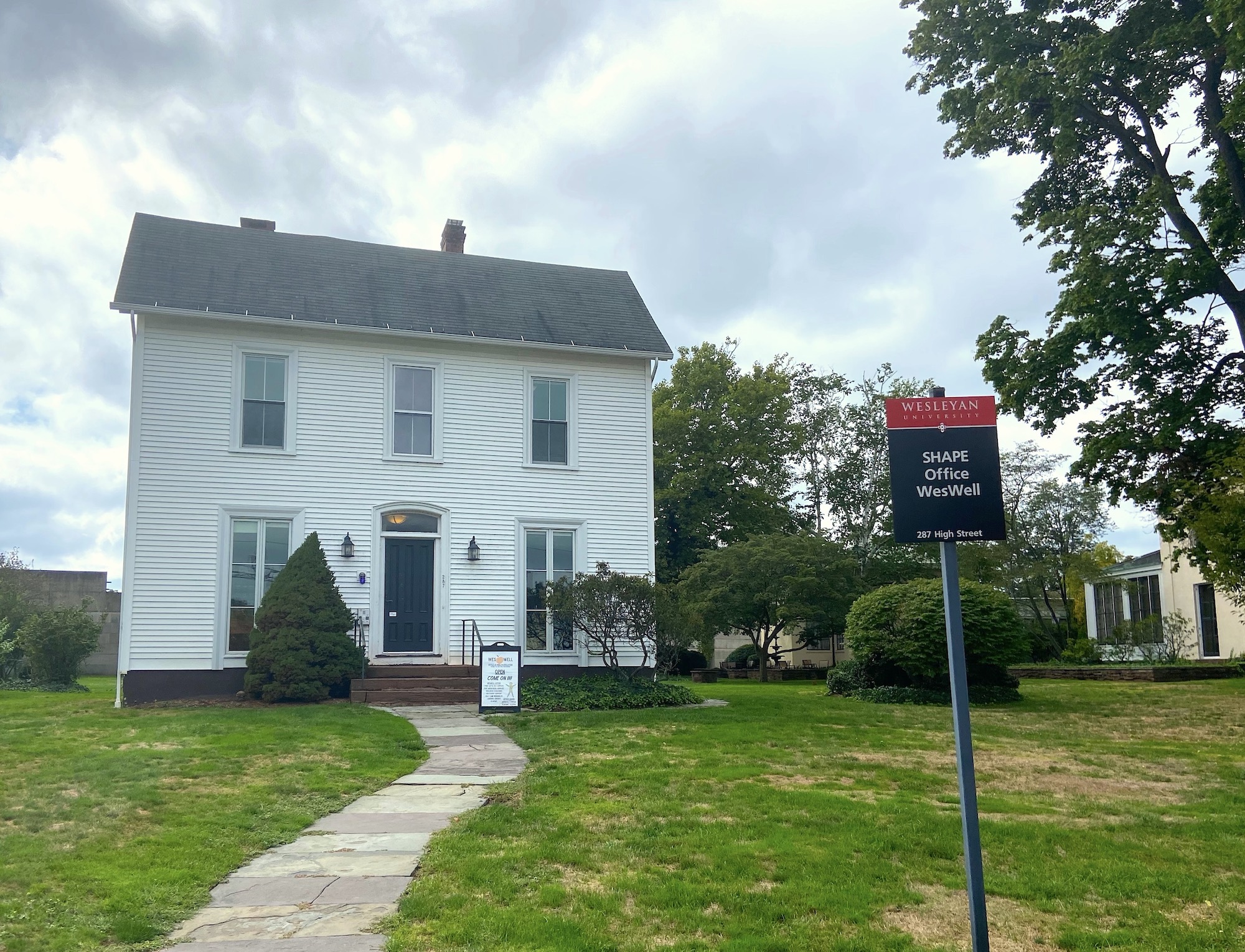 WesWell, the University’s Office of Health Education, announced that over the summer it had merged with the Office of Support, Healing, Activism, and Prevention Education (SHAPE) in an all-campus email on Wednesday, Sept. 7. This change comes following the departure of SHAPE Director Johanna DeBari at the end of the Spring 2022 semester. Given her departure, WesWell is hoping to hire an associate director for sexual violence prevention and also wants to collaborate with Counseling and Psychological Services (CAPS) to make sure that survivors of sexual violence have the support that they need.

Once hired, this associate director will serve as a confidential resource for students who have experienced sexual violence and will create education programs for sexual violence prevention and healing. Candidates will undergo two interviews, first with WesWell’s search committee and then, when invited to campus, to meet with students and faculty. WesWell Intern Charissa Lee ’23, the student representative on the associate director search committee, described that she is looking for someone who both understands the University’s political climate and brings a fresh perspective to the table.

“A lot of the people who have been a part of the Title IX resource network are administrators,” Lee said. “I recognize that they do want the best for their students, and they do want the best for the community, but at the same time, they’ve just been so socialized to this administration…. So I think having someone on the outside who hasn’t been socialized to the systems of the school would provide the kind of outside perspective that hopefully might move the needle a little bit more.”

DeBari held two roles as SHAPE Director: survivor advocate and community educator. Assistant Vice President for Equity & Inclusion and Title IX Coordinator Debbie Colucci, who will work closely with the new hire, believes that a lot can be learned from DeBari’s experiences as SHAPE Director. Colucci observed that the time needed to support those who have experienced sexual assault, stalking, dating violence or other forms of intimate partner violence was so great that it then reduced the amount of time DeBari had to spend on community education.

Going forward, CAPS therapist Priya Senecal will serve as another person students can turn to if they have experienced such harm, helping to lessen the strain on the associate director.

“Priya Senecal, who has been a CAPS counselor for a number of years, has asked to be in [the survivor advocate] role,” Colucci said. “So she’ll still be a therapist, but she’s not gonna be seeing as many people and [is] reworking her schedule so that she then provides support when people are referred to her or reach out to her because they’ve experienced harm.”

Overall, the University’s health educators believe that this merger will be mutually beneficial for both WesWell and the SHAPE office. WesWell’s larger reach will hopefully allow the SHAPE office to extend its operations, while the SHAPE office will aid WesWell’s recognizability on campus. Interim Director of WesWell September Johnson is confident that WesWell is well-equipped to continue and grow the former SHAPE office’s work.

“Supporting survivors and doing prevention work is something that WesWell is already passionate about doing and wants to continue doing,” Johnson said. “So, this [merger] will further those efforts in our office, which will be great and will help support our community of care here at Wes…. Plus it’ll also make it a little bit easier to remember some of the different resources on campus. So when you think [of] WesWell, you can think of pretty much everything prevention-dedicated on our campus.”

WesWell is continuing projects previously led by DeBari and the SHAPE office in order to further support communities of care at the University. These include revamping the bystander intervention curriculum, creating workshops on topics like how to support a survivor, making resources for survivors more accessible, and hosting the Healing Connections survivor support group. Healing Connections is a drop-in space for survivors of sexual violence, hosted in the WesWell lounge (287 High St.) on Wednesdays at noon.

“We already work closely with CAPS, but we’re making sure to [increase] the collaboration that we have with them to support survivors for the long-term care that they may need,” Johnson said. “Part of that [collaboration] will be [that] CAPS will be hosting a group or called healing connections…. It’s a safe space that survivors can come to, to be in community with each other and ask questions and…be referred to resources. That is being hosted by Priya Senecal.”

Despite positivity across the board about the future of WesWell, there were some hesitations expressed by Lee and fellow WesWell Intern Avanthi Chen ’25. Chen worries that in the interim between DeBari’s departure and the hiring of an associate director, the confusion surrounding available resources will deter students from seeking help.

“Something that Johanna and Charissa have stressed that is important to me is just clarity in terms of where students can go if they need something,” Chen said. “I worry about someone reaching out and then [find that person is] not a resource anymore…. We have to be really intentional at making it super clear and super easy to access those resources and with all the change…. The fact that there’s so much administrative reshuffling is stressful…‘cause Johanna knew how many students fall through the cracks when you have to redirect them five times.”

Though Lee, too, was optimistic about increased collaboration resulting from the merger, she noted concern that the consolidation of WesWell and SHAPE could stifle DeBari’s plans for the expansion of the SHAPE office.

“On the surface, the merger might look like a good idea in terms of synthesizing and streamlining the office,” Lee said. “But it’s also a way of cutting out Johanna’s suggestions of expanding the office…. The University’s priorities [are] reflected in their budget and offices close when it is good for their budget and offices open when it’s good for their budget. So for me, this is just a reflection of the fact that this is being deprioritized.”

Lee pointed to the history of the SHAPE office, emphasizing that it emerged after years of student activism. She highlighted the importance of student organizing and advocacy for resources that are important to the community.

Though WesWell anticipates some complications as campus adjusts to these changes, its administrators maintain that they will continue to prioritize student health, support, and healing.

“It’s important to know that things are always changing…and that no matter what, our goal is to make sure that the Wesleyan community has what it needs,” Colucci said. “My promise moving forward is that we [will] take a lot of steps to talk to students and listen and say, ‘What’s not working?’ And if it’s something that can be changed…then we will change it…. We’re gonna be okay. We’re gonna miss Johanna and there’s gonna be some growing pains and as a community, we’re still gonna be okay.”

Kat Struhar can be reached at kstruhar@wesleyan.edu