Men’s track and field is hitting their stride this spring season. After a successful indoor season, the team officially began their outdoor season on Saturday, March 26 at home with the Wesleyan J. Elmer Swanson Spring Classic. They boasted an impressive array of first place finishes, including in the 4×100-meter with a team of Connell Oberman ’22, Christian Denny ’22, Harry Kim ’25, and Kyle Roshankish ’24, in the 1500-meters by George Lepska ’25 in a time of 4:02.89, and in the high jump after Noah Olsen ’22 jumped 1.85m.

Following the at-home meet, the Red and Black competed in the Tufts Snowflake Classic, where they finished third overall with 12 top five place finishes. Andre Collins ’25 finished second in the javelin with a mark of 48.88m. The 4x100m team again enjoyed success, finishing second overall. Sam Musto ’24 placed second against a field of 45 competitors in the 400-meters, while Olsen placed third in the long jump. 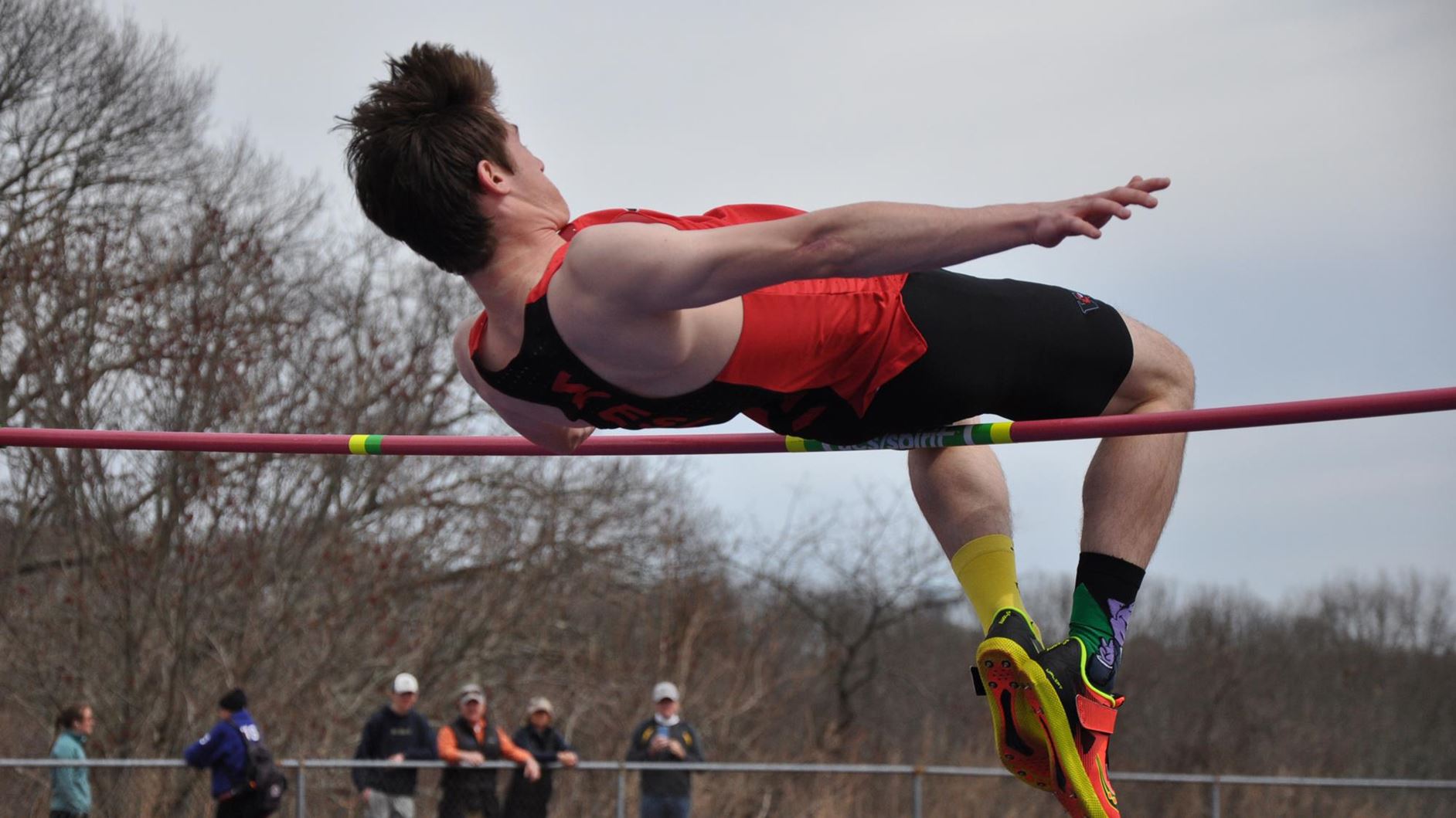 Olsen, who competes in jumps as well as the 400-meters, is proud of the team’s performances and camaraderie this season.

“The team gets along really well,” Olsen said. “It’s really good spirits too, and very supportive of each other.”

On Saturday, April 9, the Cardinals went up to Amherst College for the Amherst Spring Fling and boasted three first place finishes with the 4×400-meter relay team (Nigel Hayes ’23, Roshankish, Will Ruden-Sella ’25, Emmett Perry ’25), Olsen tying for first in the high jump, and Javier Orellana ’25 in the shotput.

At the two-day Silfen Invite in New London, the Red and Black finished 14th overall, but many athletes enjoyed either season or personal bests in their events. Dale Ross ’22 set a personal best in the 5000-meters with a time of 15:07.85. In the 100-meters, Denny set his best time of the season, finishing fourth in a field of 62 with a time of 10.98 seconds.

In the field, Orellana thew a personal record 13.35m in the shotput to net eighth place. Oberman had personal best throws in both the discus and the hammer throw and finished eighth in both events.

Overall, many Cardinals have set personal bests so far this season. Ross noted the success the team has enjoyed thus far.

“I think this has been a really breakout season for the team,” Ross said.

Considering how rocky the past few years have been with sports due to the pandemic, the team’s ability to go above and beyond their own limits should be seen as a monumental success. The men’s track and field team saw their 2020 season shortened and their 2021 season dramatically altered.

“We were definitely a bit separated because of COVID, we were also working in pods,” Olsen said. “And even within the sprints and jumps we would cut it down more than that. I would work out with, most of the time, just three other people.”

Overcoming this divide between events has been a big priority for Olsen.

“In the past, there’s been a little bit more of a divide between the sprinters, jumpers, hurdlers, throwers [being] one group for practice, and then the long distance team is in cross country season,” Olsen said. “We don’t practice together all that much, so sometimes there’s not great overlap there. And you have to put in a lot more effort outside of the sport itself, but we’ve been making a lot of effort there this year. And I think we’re a lot closer.”

In addition to the challenge of navigating NESCAC regulations and COVID-19 outbreaks within the team, there have been many changes to the coaching staff in the past few years.

“I basically had four different head distance coaches in my last four years,” Ross said. “We finally hired a full-time distancing cross country coach in the fall. Now we’ve been with them probably for about eight months…. I think it’s been going really well for the team.”

After the difficulties with finding permanent coaching, Ross is pleased with the distance runners’ Head Coach of Cross Country Leo Mayo’s impact on the team and the results from his first season coaching at Wesleyan.

Track and field is unique in that the athletes compete for two seasons back-to-back, starting indoors in the winter and moving outside after spring break. Thus, the Cards that run distance and cross-country run for three seasons straight. Ross noted that, for him, competition season is pretty much non-stop.

“We can take a week where you’re running a little bit easier, but you don’t take much time off since the season’s so short,” Ross said. “So it definitely is a pretty long season.”

Despite the length of the season, the Cards are not slowing down. Musto broke an outdoor school record in the 400m at the Trinity Invitational on Saturday, April 23, finishing the race with a time of 49.52 seconds. He finished first by just .01 seconds ahead of Springfield College athlete Luke Chastain ’25, the runner-up. The previous record (49.56 seconds) was set in 2019 by Kevin DeLoughry ’20. With this performance, the Red and Black finished third overall.

Of course, this wasn’t enough for Musto. On Saturday, April 30 at the NESCAC Championships in Clinton, NY, he broke his own record in the outdoor 400m, this time finishing in 49.39 seconds and third in the event. With this race, along with multiple top five results by Denny in the 100m and 200m, a third and eighth place finish for Oberman in the discus and hammer throw respectively, and other individual placements, the Cards came in seventh.

As the season comes to a close, Ross stressed his desire to preserve the culture that their senior class has cultivated.

“I think the team’s in a great spot next year, with our underclassmen and coach for next season,” Ross said.

Olsen concurred with his teammate, emphasizing the importance of continuity in maintaining team chemistry.

“The big thing is keeping the distance and sprints close if possible, working well together,” Olsen said. “I think coaches are helping a good amount with that too…. And there are really good individuals [in the junior class] that will keep it running smoothly.”