In a cross talk, two writers sit down to discuss a book, movie, TV show, or piece of art they both feel strongly about. Sometimes they disagree; other times, they’re in perfect harmony. Here, Financial Manager Caleb Henning and Assistant News Editor Cameron Ryan discuss Season 2 of HBO’s “Euphoria,” created, written, and directed by Sam Levinson.

“Euphoria” follows a group of high school students and their experiences with identity, trauma, sex, drugs, friendships, and relationships. This conversation has been edited for length and clarity, and contains spoilers for “Euphoria.” 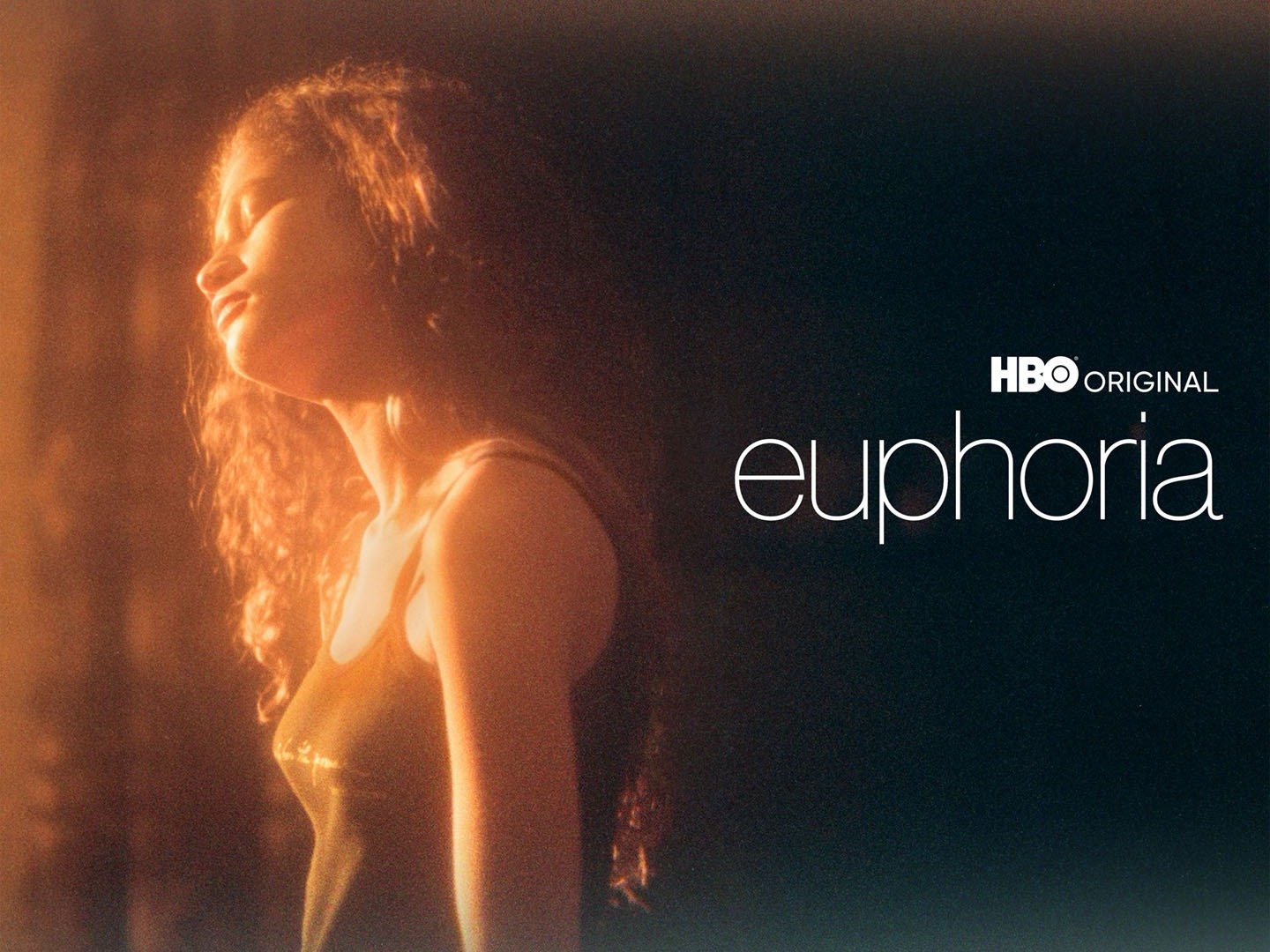 Caleb Henning: OK, the season finale aired on Sunday (Feb. 27), so we’ve had a few days to process it. It was pretty mid.

Cameron Ryan: It was mid. It was both overwhelming and underwhelming, you know.

CH: Like, the Fez (Angus Cloud) and Ash (Javon Walton) scene was overwhelming. That got me like, “Whoa, oh my god.” And everything else, I was like, “Eh.”

CR: What did you think of Elliot (Dominic Fike)’s song?

CH: Zero out of ten is what I think of the song. I think we should not allow Dominic Fike to sing ever again.

CR: It went on for five minutes? And he was like, “Oh, it’s not yet done,” even though the song was five minutes long. I feel like the season as a whole was kind of a mess, you know?

CH: I mean, I was interested in it in the beginning. I feel like they set up some interesting stuff, and as they went along, there was a lot that played out in ways I wasn’t super fond of.

CR: Same. Did anyone change? Except for Rue (Zendaya) at the very end.

CH: Cassie (Sydney Sweeney) got significantly worse, does that count?

CR: But Jules (Hunter Schafer) didn’t grow. Kat (Barbie Ferreira), they spent maybe 10 minutes of the whole season on her.

CH: Her plot in season 1 was so interesting. I was very interested in the Kitten Queen plot line and her finding ways to feel love, and then they totally got rid of it.

CH: No, Nate just became homicidal by the end of it.

CR: Maddy (Alexa Demie) didn’t grow that much, I think?

CH: Maddy’s connection with her boss (Minka Kelly) is interesting. A lot of people think it’s a romantic thing. I don’t think so.

CH: I think it’s her finding a parental connection.

CR: They don’t really show her parents, do they?

CR: What did you think of Lexi’s play?

CH: Number one, how did the school have the budget for all of the sets?

CR: Number two, how did the teachers not stop it when Cassie ran up and clearly ruined Lexi’s play?

CH: Number three, how did they let the whole thing air in the first place because the entire show was insane? I think if I tried to put that on at my school it would’ve been shot down as soon as they read the script.

CR: The principal just approved it when it was so obviously about other students.

CH: It also makes me feel worse about the Ethan (Austin Abrams)/Kat breakup because Kat made Ethan skip rehearsal, but he’s all the characters, so it’s like, “Damn, that’s a big deal,” and then she gaslit him. I didn’t understand where that came from.

CR: It came out of nowhere. That was pretty much Kat’s only scene.

CH: I didn’t see that as a character trait of hers at all. Like, maybe she’s afraid of intimacy and has been scarred by being chronically online, like that makes sense, but I don’t think that translates to “gaslight the only boy that’s ever been nice to me.”

CR: I feel like the show in general has a lot of problems, yet everyone still watches it. Probably because of the performances and how it’s shot. The episode where Zendaya’s on the run—everyone really liked that one—but even looking back, there are issues with it. I feel like that episode is really strong in the 10 to 15 minutes when she’s arguing with her mom and she realizes that Elliot and Jules ratted her out, but then after that she goes full parkour for no reason, and it’s like,“You’re a drug addict and you’re jumping from the garage door.”

CH: Yeah, I don’t know how she can do that. I know that girl has not participated in P.E. in years.

CH: I have no idea. The main portion of what is consistently interesting, even when the plot is all over the place, is the acting, which is phenomenal, and the cinematography is really good.

CR: I think they make interesting presentation choices. I remember when Lexi’s play was first introduced, and they showed it as an “MTV behind the scenes” kind of thing. I thought that was cool.

CH: Yeah, I thought that was interesting.

CR: Except the last episode was death and vibes.

CH: And that was really sad. I didn’t like when Ashtray died. I mean, I feel they foreshadowed it, but that doesn’t mean I enjoyed it. I still thought that was sad.

CR: I’m curious what you think or hope happens in season 3?

CH: I don’t know, I feel like everything’s been left in such a weird place. Cassie is insane. Nate may kill his dad, or himself, or both.

CR: The fact that we haven’t talked about Nate being, “Yo, you either get to go to jail or I kill you” to his dad.

CH: Okay, I don’t think we talked about Nate nearly enough. Because Nate’s whole character dropped, he’s always been bad, but he got significantly worse where now he’s pointing a gun at Maddy and pointing a gun at his father.

CR: I feel like the show always sort of tilts the line between realistic and kind of insane, and that’s when it went full insane.

CH: Because now they’re heading into “Riverdale” territory, where it’s too much drama and not enough realistic plot, and every character has this tragic and awful backstory.

CR: Yeah, no one seems fine, except for I guess Ethan.

CH: Ethan is not fine. If he was OK, why’s he playing three different characters in a play? He’s dedicating himself to his work so he can avoid his problems.

CR: He’s a theater kid. That’s the most tragic backstory of them all. We didn’t even talk about the Cal scene.

CR: I watched it with two of my friends and we were all at different speeds realizing his dick was out.

CH: I tried to block that part out, the fact that he was not fully clothed, but I have this struggle where I look at the show and I’m like “Ooh, representation. We have a trans woman, we have a lesbian relationship, we have this unhinged gay man, and we have Elliot who’s pan or something,” and that’s great, especially with Jules as a trans character. But it just feels like the representation of gay relationships and Cal as a character is just bad.

CR: Especially since Jules got pretty much, besides Kat, the worst character arc this season.

CH: She had a lot of potential. I don’t know if you watched the special episodes?

CH: There was one that was just Jules having a therapy appointment, and she was talking about what does femininity mean to her, how she defines who she is as a woman. And she was talking about how she defines who she is as a woman by her relationships with men, and she doesn’t think she likes men anymore. So you have this arc where Jules was looking for male validation when she didn’t like men, and for a lot of people who are lesbians, that is really important. And they kind of threw that out the window by adding in the Jules/Elliot thing, and every character who seems to be attracted to Jules is gay or implied to be gay. Like, Nate is implied to be gay, or at the very least bisexual. And I think that’s really problematic where not a single straight male character has been attracted to Jules, like, the show doesn’t want her to be a regular woman.

CR: What did you think of Lexi (Maude Apatow), who had a bit of a bigger role this season?

CH: I think her role as the observer was really interesting, to see how much she caught when she wasn’t really involved with anything. She was still a main character, but I didn’t feel she got a lot until she got her play.

CR: Going back to season 3, I feel it can so easily go off the rails. I mean, Rue will obviously either relapse or come close to a relapse. She said she was clean the rest of the school year. Do we know what year she’s in?

CH: Do they ever say what year they’re in?

CH: I don’t know, because all the actors are clearly very old.

CR: Okay, I think Cassie, Maddy, and Nate are seniors or juniors. And I think Rue, Jules, Elliot, and Lexi are sophomores. Or juniors.

CH: And heading into junior year for Season 3. I also think it’s weird that they’re high schoolers, but they haven’t mentioned the SAT once.

CR: They’re never like, “Oh shit, got math homework to do.”

CH: They never do anything academic.

CR: I feel like the only time school was brought up was when Rue’s mom (Nika King) was like “By the way, Gia (Storm Reid) got detention.” Like, Gia’s the only one who does school, it feels like.

CH: It really could have taken place anywhere.

CR: The high school might as well not exist since the principal was like, “Yeah, Lexi, put on this play that’s clearly about other students.”

CH: And also is raunchy and has swear words.

CR: How did they get a carousel set?

CH: I don’t know, because Broadway shows don’t even have that. What state is this in?

CR: I think California. I think near San Jose or Fresno.

CH: Do they ever address that?

CR: I don’t think so. I think it’s just Anywhere, America. One of those shows.

CH: Because it’s so character-focused, which makes me more disappointed about Kat.

CR: Poor Kat. I don’t really know how any of the characters feel, but maybe that’s the point? Maybe it’s “they’re teenagers, they’re dumb, they don’t know what they’re doing.”

CR: But that doesn’t make it a good show.

CH: Then we’re just back at the “Riverdale” thing. Because when we first started “Euphoria” season 1, everyone thought it was better than “Riverdale” because there was a plot and it made sense, but now we’re in that trap of the show not making sense. Were they originally meant to have a season 2?

CR: I think so. I think it’s gonna end at season 3, if not 4, just because Zendaya’s too busy.

CH: She did a great job, though.

CR: That episode five when she had a breakdown.

CR: Yeah. But the show’s a mess overall.

CH: I don’t really have a lot of important or meaningful thoughts other than“I don’t really know what I watched, but I guess it was entertaining and artsy.”

CR: It was entertaining. Overwhelming and underwhelming. Entertaining yet boring. So many contradictions, this show.

CR: I feel like it was trying to make a lot of statements, but really didn’t.

CH: I feel it wants to be a social commentary on something.

CR: On what, though?

CH: Drug culture? But then they veered away from Rue’s drug plot line so much where it was just loosely mentioned in episode eight when it was like “Oh, I’m clean now.” And it’s like, wasn’t the whole point of the show that you’re on drugs and this is what happens around you?

Caleb Henning can be reached at chenning@wesleyan.edu.