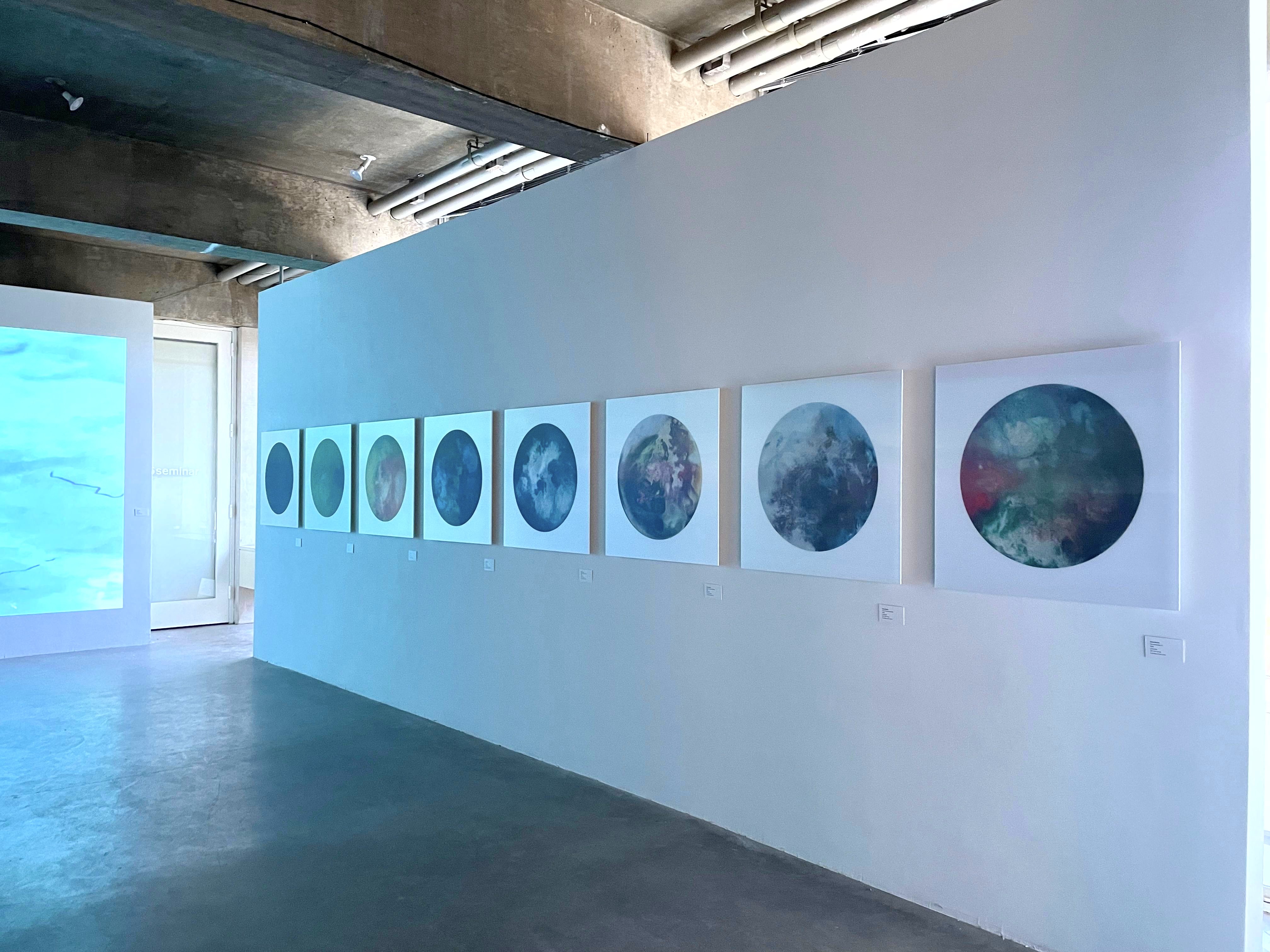 Diane Burko has been a landscape painter for her entire artistic career. However, pondering the effects of climate change on her surroundings inspired her to shift her artistic focus to the environment.

“It was then that I realized: climate change,” Burko said. “Why am I painting beautiful landscapes and not dealing with this issue in a more direct manner? That’s what got me started, and I’m still going.”

Burko describes her practice as the intersection of art, the environment, and science.

“[Scientists are] giving me their knowledge and information, and I’m taking it and kind of translating it into another language for them,” Burko said. “And that’s important because the public has to understand what they’re doing.”

Public engagement is also a major component of Burko’s work. To her, art is a clear bridge between science and the public.

“I’m making art that I think has more meaning than just being beautiful,” Burko said. “Although I do believe in aesthetics…formal values in terms of aesthetics are important to me…I’m always balancing that with trying to also communicate issues that I think are crucial to all of us.”

The public will get to experience her work for themselves in “Visualizing Environmental Change,” an exhibit that will be at the Ezra and Cecile Zilkha “South” Gallery until Thursday, March 3. Burko will also be on campus from Tuesday, March 1 to March 3 and will give a public talk about her work on Wednesday, March 2 at 12:20 pm in Zilkha 202.

The exhibit consists of paintings, videos, and eight lenticulars: holographic-like circles that changes depending on the angle you look at it.

“The exhibition is a selection of artwork of Diane’s work that profiles the range of her practice (from video installation to painting to lenticulars),” Exhibitions Manager of the Center for the Arts Rosemary Lennox wrote in an email to The Argus. “With topics such as melting glaciers, the devastation of coral reefs and extreme wildfires, they all work together to evoke a singular feeling of the gravity of the situation world-wide from the viewer, and inspire more critical thinking about the way the planet is being treated.” 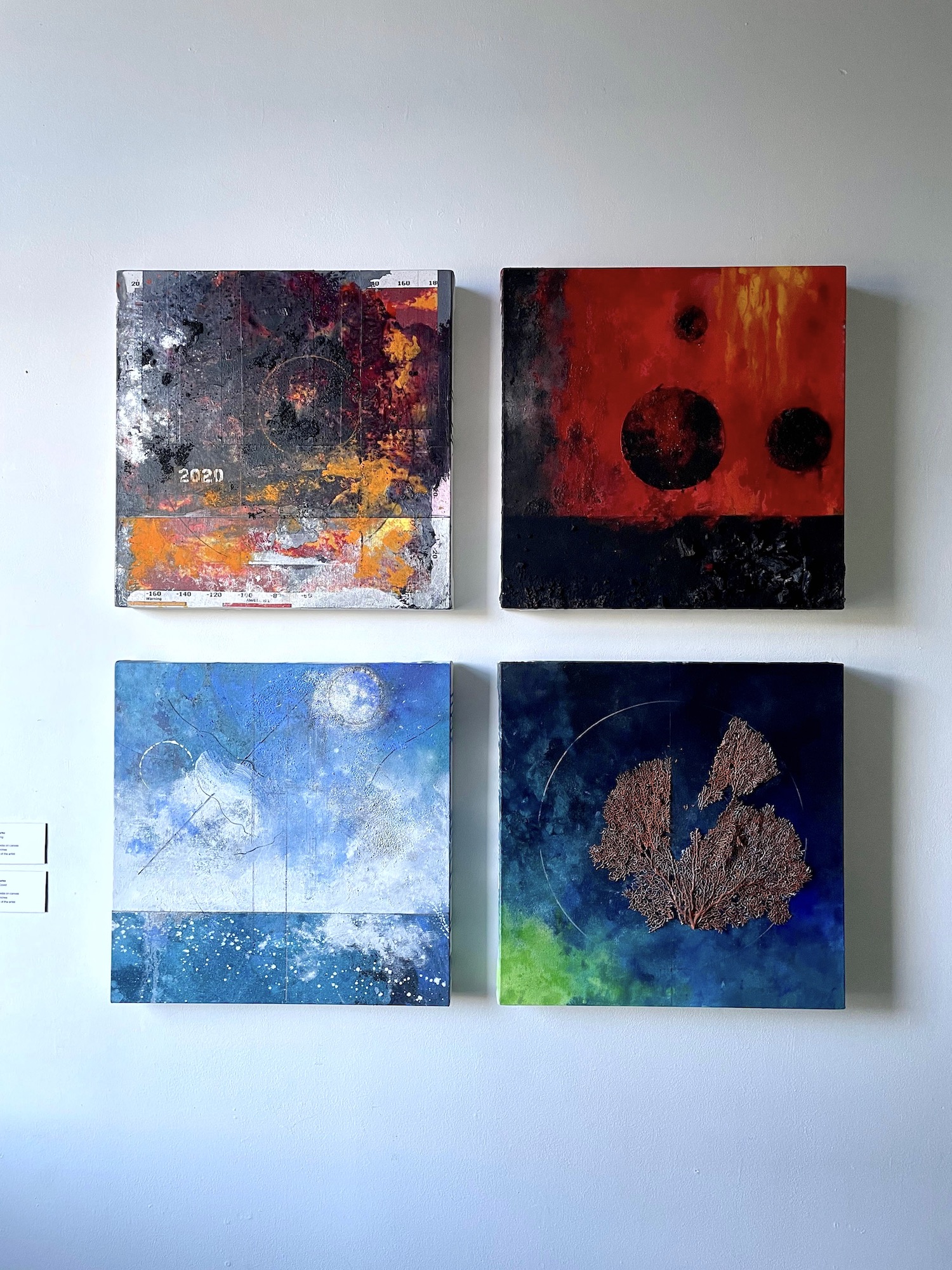 “The goal is to think about ways of communicating the changes that are happening to the environment as the climate warms, as climate chaos is occurring,” OConnell said. “Changes are happening and one way to communicate that is visually.”

The group of fellows is well-versed in environmental issues and is working to find ways to make this information more accessible.

“We as advocates for the environment are able to give people something to look at that they will understand,” Baglieri said. “That is the theme of this semester: how can we give data to the people in a way that they can visualize and understand.”

Judd explained that many of the Think Tank members are excited that Burko’s work contains a clear connection to that theme and is the first artist they have had so far.

“A lot of the people that we’ve brought in have felt that, yes they fall under [the theme] ‘visualizing environmental change,’ especially people who produce scholarly works,” Judd said. “But, I really think that art is something that is so important that it’s going to be huge to see the new perspective that we haven’t gotten yet in the Think Tank.”

Judd also pointed out that art has the power to communicate hard subjects, such as climate change.

“Arts is a means of expression and even if someone doesn’t understand the full scope of environmental change from a scientific perspective, the gravity of the situation and how seriously people need to take it can be very fully expressed and understood through an art exhibit,” are yJudd said. “In that way, it can resonate with a lot of people, from a lot of different backgrounds. You don’t have to be an expert in a field like glaciology or geology to understand it. You can be whatever profession, be interested in art, and understand ‘this is what’s happening.’ It can really hit home for anyone.”

Lennox hopes that Burko’s work will resonate with students and motivate them to take action.

“Ideally, it will not only provide a recognition of the world-wide impact of the damage from global warming, but a spurring of individual efforts to help substantially shift the earth’s current trajectory,” Lennox said. “And there is also an opportunity here to consider the ways in which artists use their practice to both interrogate and raise awareness on issues of socio-political concern.”

“I hope that they will get a visceral sense of the climate change we’re facing,” OConnell said. “Hopefully that visceral sense will inspire them to consider ways they can help to reduce greenhouse gases, both personally and politically.”

Burko is looking forward to the direct interaction with students when she comes to campus in March and hopes she can inspire them to look beyond the doom and gloom of climate change.

“I think it’s great the professors at the College of the Environment saw the connection and wanted to bring the art to the student, not just the discussions,” Burko said.“I meet a lot of students who don’t have much hope…. It’s understandable. I want to give people hope. I want to help motivate them to be active politically, demonstrating. I also want to point to the fact that the arts, in general, impact your whole life.”