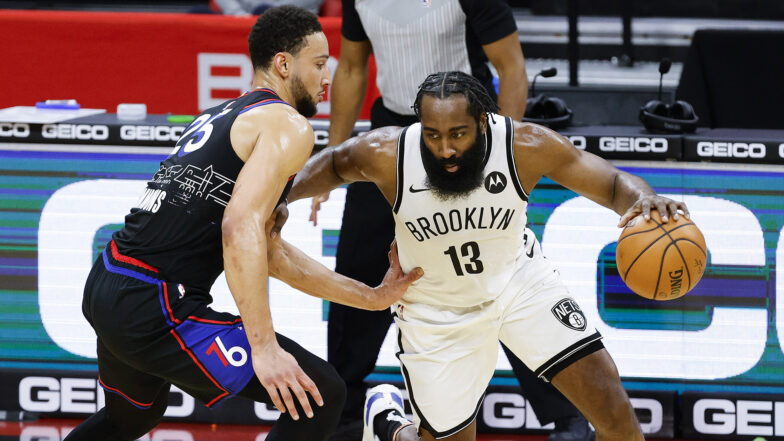 As the clock struck 3 p.m. on Thursday, Feb. 10, the NBA’s “silly season” of trades came to a close. The league’s trade deadline is a key transition point each year, marking the last chance for good teams to improve ahead of the playoffs, for bad teams to begin their rebuilds before the off-season, and for everyone in between to manage salary cap space. Like every year in recent memory, Thursday’s deadline attracted more fan and media attention than the actual basketball being played this month. Anxiety over trades really does bring out the strangest features of basketball fandom. The deadline triggers the end of a week of intrigue, rumors, Twitter feuds, and needless reminders of how “the NBA is a business.” In a triumph of middle-aged basketball dorks everywhere, deadline week is so weird that ESPN Insider Adrian Wojnarowski temporarily becomes the coolest person in the world. Some fans embrace the fun. Others are worryingly unfun. Drama aside, personnel changes, even seemingly minor ones, have the potential to shift the NBA’s balance of power. Here are The Argus sports section’s thoughts on major trades from around the association.

Well, after weeks of conflicting reports and months of acrimony, a deadline-defining trade was snuck in just a couple of hours under the wire. Two of the most chronically unhappy and stylistically strange stars in the league, James Harden and Ben Simmons, appear to have gotten what they wanted. The Nets and Sixers have been jumping around the standings in the East for the whole season, with the Sixers being carried by an MVP-level Joel Embiid and the Nets suffering from James Harden’s bizarre style of play, Kevin Durant’s injury, and Kyrie Irving’s insistence on being a public health risk.

Ben Simmons hasn’t played all season following an uncomfortable split with Sixers teammates and fans after his embarrassing struggles in last season’s playoffs. We all remember the classic photo: Simmons with his sneakers untied, phone in hand, refusing to pay attention during practice. Harden, on the other hand, seemed to be invigorated by the Nets’ potential championship run and steady return from a hamstring injury. But after forcing his way out of Houston less than two years ago, Harden has once again returned to his maddening state of refusal to be a half-decent teammate and made it clear that he wanted out of Brooklyn.

Like any time stars are traded, both teams are taking a leap into the unknown. Will Harden’s pick-and-roll and isolation-heavy style mesh with MVP candidate Joel Embiid’s post-up game? Maybe, but with that much talent, it probably doesn’t matter. Will Simmons shoot the basketball? Probably not, but can Simmons, one of the league’s best defenders, do enough offensively on nights Irving isn’t eligible to play? Can James Harden, one of the league’s best offensive players, escape his own meditative daydreams while the game is ongoing? Beyond the stars, Seth Curry is a key addition, adding much needed shooting while Joe Harris is out and otherwise compensating for Simmons’ broken shot.

It’s the end of an era in Portland. After sharing the Blazers’ backcourt with Damian Lillard for eight and a half up-and-down seasons, CJ McCollum will join Brandon Ingram and (hypothetically) Zion Williamson in NOLA. An elite offensive guard and below-average defender, McCollum adds a veteran presence that the Pels hope will solidify their position in the playoff play-in tournament. The objective beyond that is unclear as McCollum, 30, seems too old and too highly paid to fit the Pelicans’ growth timeline (Ingram and Williamson are 24 and 21, respectively). Larry Nance Jr. is an underrated piece in this deal in part because he is set to receive knee surgery this week, but the big man should add needed quality depth in the Pels front court next season.

The Blazers, meanwhile, add Josh Hart, a reliable wing but serious downgrade from McCollum. Alexander-Walker was promptly flipped to the Utah Jazz in a complex three-team trade that also sent Joe Ingles back to the Blazers. (With a torn ACL and expiring contract, Ingles will probably never suit-up for the Blazers.) Plainly put, this trade is further evidence that the Blazers are not trying to win this season. Lillard is out with an injury for at least a few more weeks and even once he returns, it’s hard to imagine the Blazers sniffing the play-in. The plan appears to be either to trade Lillard in the offseason or use the cap space created by the recent fire sale to retool rapidly around the star guard. Lillard’s loyalty to the relatively small market in Portland, like everything Lillard does, has been unique and inspiring. McCollum’s quality as a player and commitment to the project has always been more understated, better suited to the laid-back guard’s personality than his friend and teammate’s charismatic style. But his legacy shouldn’t go unappreciated. Together, the pair of guards produced some iconically fun moments, both on the court and on Twitter. So long, Dame and CJ.

Surprisingly, a deal between the Sacramento Kings and Indiana Pacers, two teams with little to no chance of making the playoffs, upended the NBA landscape on Tuesday, Feb. 8. The deal, which reportedly shocked the Sacramento roster and analysts around the league, was widely panned from the Kings’ perspective. It’s not difficult to see why: the Kings, who last made the playoffs four presidential administrations ago in 2006, have essentially been trapped in basketball purgatory for longer than the Apple iPhone has been around. After a promising 2018-2019 campaign (by Sacramento standards), in which guard De’Aaron Fox helped lead the Kings to a near playoff berth, the team has regressed again to cellar-dweller status. With 2018 second-overall pick Marvin Bagley III failing to make a significant impact, the only bright spot for Sacramento fans besides Fox was Haliburton, a second-year player out of Iowa State University. After a successful first campaign in which he finished third in Rookie of the Year voting, Haliburton significantly upgraded his game for the 2021-2022 season, averaging 14 points and seven rebounds on near 50% shooting from the field and 41% shooting from three. Recent weeks have seen him fully display his potential as a rising player in the league, with Haliburton exploding for a 38-point performance against the Philadelphia 76ers on Jan. 29. Losing Haliburton in this deal for an older and more expensive player in Sabonis is painful for a Sacramento team that, even with an intriguing two-man combo in Fox and Sabonis, is likely headed for a loss in the play-in tournament in the absolute best-case scenario.

That being said, this deal is somewhat puzzling for Indiana as well. Despite acquiring the up-and-coming Haliburton, Sabonis is undoubtedly the best player in this deal at the current moment. Averaging nearly 19 points and 12 rebounds, the fifth-year center out of Gonzaga is a skilled offensive big man that could easily contribute on a quality team. Indiana likely made this deal both to reset its timeline (despite being over the salary cap, the Pacers are 19–37) and to resolve a roster logjam (Sabonis was never a clear fit with center Myles Turner). Acquiring Hield and Haliburton should undoubtedly help to ease the roster clutter, creating a more balanced team with Turner at the center. The issue, however, is that Turner is simply an inferior player to Sabonis. In previous years, it was Turner, an athletic shot-blocker with decent range, who was on the trade block. Had Indiana pulled the trigger on a Turner trade, it might have ended up in a position where it could rebalance its roster without losing its best player. While Indiana certainly couldn’t have acquired a player with as much value as Haliburton in return for Turner, time will tell whether Indiana’s gamble can quickly retool the roster, or only delays an inevitable teardown and rebuild.

After unloading both Sabonis and now LeVert, it is abundantly clear that the Pacers are throwing in the towel. On paper, their roster this season looked appealing, even playoff-worthy. Brogdon, LeVert, T. J. Warren, Sabonis, and Turner have all had at least a sliver of All-Star potential at points in their careers. However, injuries led the Pacers to flounder early on in the season. The loss of LeVert feels especially inconsequential since Chris Duarte has been emerging as a more than viable option on the wing.

For the Cavaliers, gaining a player like LeVert is exactly the move necessary for a surprise championship push this season. LeVert can handle the ball alongside Darius Garland, while providing an aggressive, drive-centric presence on the wing that complements the plethora of 3-point capable but unathletic big men on the Cavs (Kevin Love, Lauri Markkanen, Cedi Osman). LeVert has been a steady and productive presence on both the Nets and the Pacers for the past four to five years, averaging around 19 points per game along with five assists and rebounds apiece.

Six years ago, Knicks fans showered Kristaps Porziņģis with boos as he was drafted 4th overall by New York’s beloved team. Five years later, after much turmoil, off-court issues, and disagreements with the Knicks’ front office, the 7′ 3″ Latvian was traded to the Dallas Mavericks and paired with Luca Dončić. Now, after tearing his meniscus and proving that he may never be an All-NBA player, Porziņģis is headed to the Washington Wizards.

In return, the Mavericks received Davis Bertans, a viable 3-point shooter and bench player, and Spencer Dinwiddie, a debated up-and-coming star who may have peaked with the Brooklyn Nets. Dinwiddie is an interesting fit for the Mavericks. His scoring style differs from Tim Hardaway Jr. and Jalen Brunson, the two main supporting guards on the Mavs, but having four premier guards and no reliable big men doesn’t seem to be the key to championship success.

Porziņģis is set to be paired up with Bradley Beal in Washington…except Beal will probably leave the team in free agency. So it will be interesting to see if Porziņģis remains a part of the Wizards’ inevitable rebuild or if he is dealt to yet another team as his career begins to wane.

Lewis Woloch can be reached at lwoloch@wesleyan.edu.