Who is Aaron Rodgers? Examining the Unlucky Career of an NFL Star 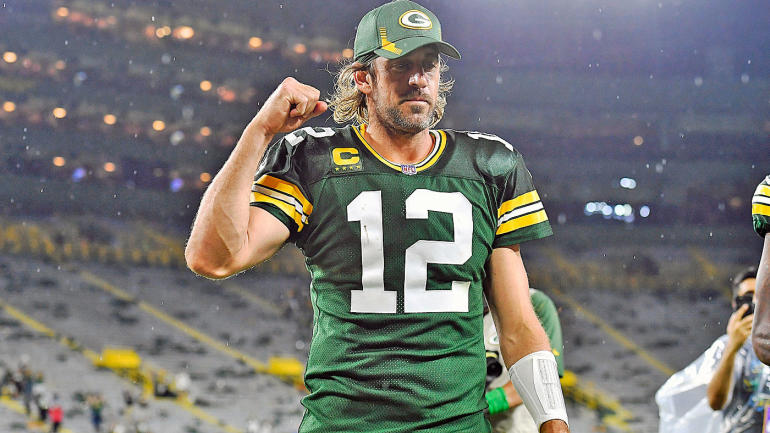 Aaron Rodgers can throw as well as anyone, but one thing he can’t do is catch: not a football, but a break.

It’s been this way since the inglorious beginning. Rodgers did not enjoy an easy, well-lit path from high school to the NFL, neither literally nor metaphorically. After being spurned by Division I recruiters, he accepted an offer from Butte, a local community college.

In his one season at Butte, Aaron Rodgers played like Aaron Rodgers, throwing 28 touchdowns and leading his team to a 10–1 record. He earned himself a scholarship from UC Berkeley, another local school, and arrived there with three years of eligibility. In his first year, he became a starter five games into the season and set a school record for lowest interception percentage. In his second year, he once again led a team to a 10–1 record, completed a record-tying 23 consecutive passes in one game, and boasted the highest completion percentage in the Pac-10. There was no third year. Rodgers gave it up to enter the 2005 NFL Draft, which he attended in-person with other top prospects.

The lights promptly went out on Rodgers again. He believed he’d be taken by the San Francisco 49ers as the No. 1 overall pick, which would have crowned a sensational rise from the bottom of Northern Californian football hierarchy to its very peak. Instead, Rodgers was given a nasty surprise upon being passed over in favor of Utah’s Alex Smith. One team after another did the same, and he was made to wait in the green room for four hours, his quiet agony broadcast on national television until the Green Bay Packers broke his fall by taking him in the 24th pick of the draft.

Then came even more waiting. Rodgers spent the first three seasons of his NFL career as a backup, sitting behind Packers’ legend Bret Favre. Favre was less than eager to make way for his heir apparent. He retired belatedly, and he staged a comeback mere months later. After a power struggle between franchise and quarterback that ended in Favre being traded to the New York Jets (a truly contemptuous move), Rodgers was handed the keys to Lambeau Field just in time for the 2008 season.

The first-year starter established himself as one of the best quarterbacks in the league, passing for 4,038 yards. The next season, he started his first postseason bout, a Wild Card game in which he threw for four touchdowns, rushed for one, and amassed 423 passing yards, the most by any quarterback in his first playoff game. Then, in his third year as a starter, Aaron Rodgers won the Super Bowl and earned himself Super Bowl MVP honors.

And then, nothing. Or rather, nothing but three MVP awards—tied for the most by anyone besides Peyton Manning—and a list of statistical achievements (including the highest career passer rating and the lowest career interception percentage) that puts his peers to shame and has earned him widespread recognition as the best quarterback of all time. But therein lies the tragedy of Aaron Rodgers, for he has never enjoyed team success proportionate to his unprecedented individual success.

Rodgers’ detractors would have you believe that he is to blame for this discrepancy, that his lack of postseason triumphs, encapsulated by his 1–4 record in NFC Championship Games, betrays a lack of clutchness, that most prized of athletic qualities. This is pure hogwash, as even the most cursory investigation of his playoff misfortunes absolves Rodgers of blame.

His aforementioned first playoff game presents a perfect example, as he put up a record-breaking performance only for his defense to give up an outrageous 51 points to the opposing Arizona Cardinals. Another can be found in the 2015 NFC Championship Game, which was lost single-handedly (or, if you prefer, in-between-the-hands-edly) by a blocker who played out of position and botched an onside kick return. Most recently, Aaron Rodgers lost the 2021 NFC Championship Game, in which he posted a QBR of 101.6 and his opposing quarterback threw three interceptions in a single half.

Perhaps the tragedy of Aaron Rodgers is an unfortunate testament to the defining qualities of the game he plays for a living. Football is the ultimate team sport, so superior personal efforts do not guarantee superior team outcomes. The NFL Playoffs are played in single games as opposed to a series, so a postseason is apt to end on a fluke. Maybe it is a case study in futility. However one sees it, there is no denying that Tom Brady isn’t the only number-12-wearing Northern California native to have faced adversity.

Noah Coyle can be reached at ncoyle@wesleyan.edu