University Welcomes Michael Guerrero As New Dean for Class of 2022 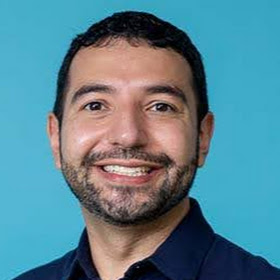 Michael Guerrero started as Dean for the Class of 2022 on July 26, replacing Dean Renee Johnson-Thornton after her recent departure. Prior to coming to Wesleyan, Guerrero worked primarily as a counselor and advisor within the College of Natural Sciences at St. Edwards College, his alma mater, in Texas. Guerrero explained that his experience as a first-generation college student and his commitment to educational equity contributed to his eagerness for the position.

As a class dean, Guerrero is responsible for helping his student cohort resolve problems related to campus life, academics, and anything else that falls beyond the purview of individual academic departments.

“The class dean is like a node in a network that helps students create either a support plan through the many departments on campus, or they partner with you to figure out how best to create a support plan or plan to best help meet your needs,” Guerrero said.

Immediately after graduating from high school in the Austin area, Guerrero served in the U.S. Army for over three years. Afterwards, he enrolled in St. Edward’s University, where he earned his bachelor’s degree in International Relations. Guerrero explained that his experience as a first-generation college student really shaped his outlook on college, a perspective that he promises to bring to his work with University students.

“I grew up with a single mom and a family where education was important,” Guerrero said. “My family didn’t have the opportunity for education, so it was something that, growing up, shaped me dearly. If a first-generation student might be coming in, experiencing imposterism, or having a difficult time in class or making and building relationships, I help them to create a support team on campus. [Helping nontraditional students] has been a large part of my commitment in student service.”

After graduating from college, Guerrero was certified as a licensed counselor, an important first step in what he viewed as a sustainable career path through which he could affect change and help people. Guerrero also earned a master’s degree in counseling at St. Edwards, and then worked in the career counseling office at Texas State University before returning to St. Edwards to continue his professional life. He served in counseling capacities and as an advisor in the School of Natural Sciences until this year.

Guerrero explained that, while he enjoyed his time at St. Edwards, he is excited to move on to his new role and integrate into the University’s student community.

“The hiring process for Wesleyan was very much a campus tour,” Guerrero said. “I met the different key staff and students. That was one of the things that was important: that I was able to speak with students…and there was a student or two students on the hiring committee, which is just cool.”

Since starting the role in late July, Guerrero said he has been impressed with how University students have handled the many challenges posed by attending college in the midst of a pandemic.

“One of the things that I am most impressed with is hearing the resiliency of what they went through with the COVID-19 pandemic and especially this past year, what they’ve done,” Guerrero said. “A large majority of them have really good opportunities that they are going off and doing, whether it’s been internships or a unique research opportunity or taking part in the newspaper.”

Jonah Rosenthal can be reached at jrosenthal01@wesleyan.edu.