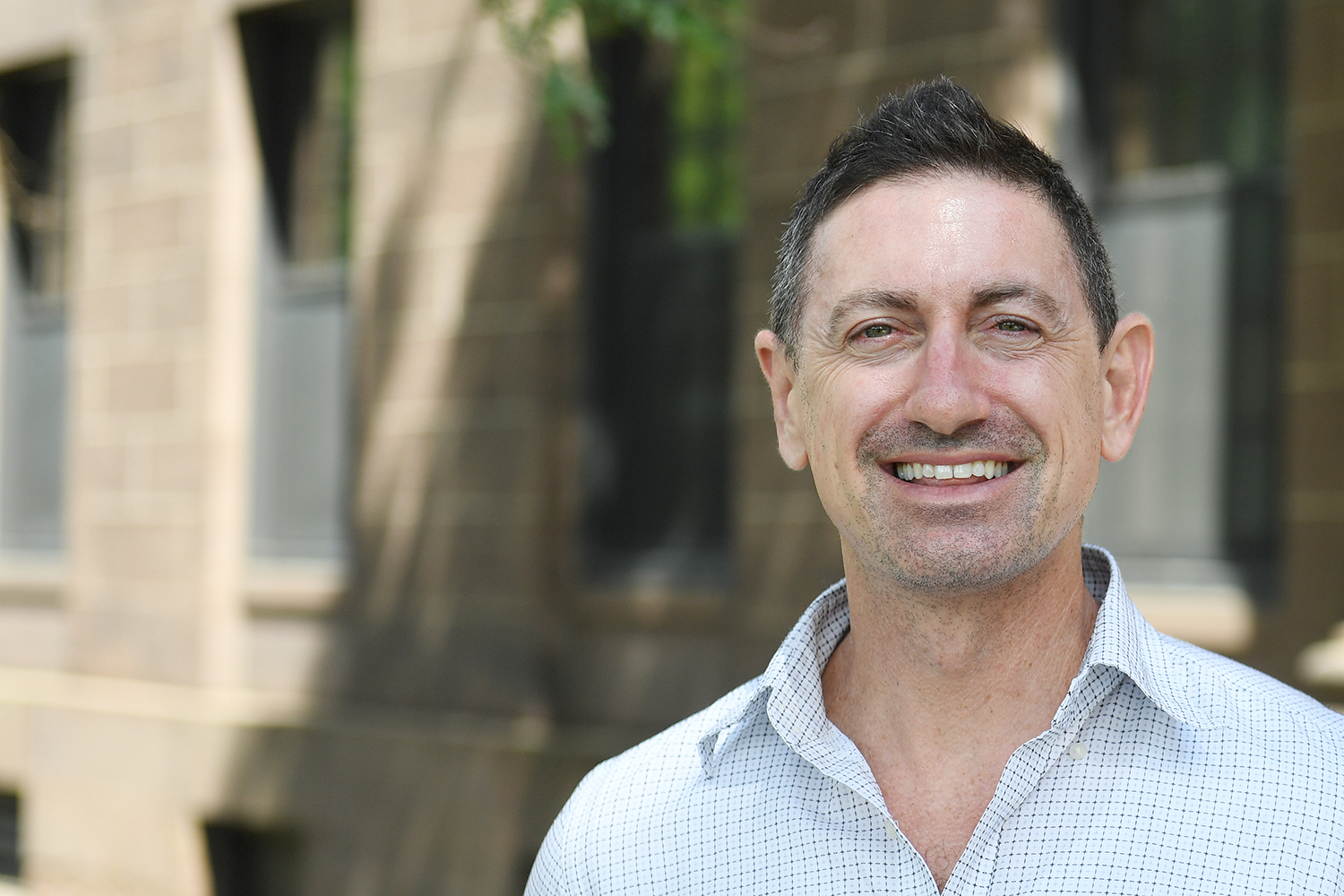 The opening was posted in May 2021 after Pan accepted a position as associate dean of the College for International Students at Brown University. According to Dean of Students Rick Culliton, the selection process had narrowed down to three finalists by June. After the final round of interviews, Keller started his new role as director on Monday, Aug. 23.

“Mr. Morgan Keller was highly recommended by the students, faculty and staff who met the candidates and brings with him excellent experience working with international students at University of Wisconsin and Clemson, strong SEVIS [Student and Exchange Visitor Program] compliance work and providing support for international students as they come to the US to study,” Culliton wrote in an email to The Argus.

The University accelerated the search process because they wanted to fill the position before the fall semester began.

“We were really expediting the process because of the concern about not having a director for the fall,” ISAB Co-Chair Robyn Wong ’23 said.

Along with other student panelists, Wong and 2021 International Student Orientation Intern and former ISAB member Fatoumata Gaye ’24 helped craft the criteria for candidates.

“Fatou and I were involved from the start, so we were part of giving input with regards to the selection criteria and providing a student perspective on what we thought was important in the new director,” Wong said.

Before stepping into his new role, Keller served as assistant director of student transitions and co-curricular education at the University of Wisconsin–Madison after previously working at the international offices at Clemson University and the University of California, Santa Cruz. Though Keller had not been actively looking for a new work opportunity, he explained that the position at Wesleyan stood out to him as a chance to work closely with a smaller community of international students.

“Although I really loved my work at UW Madison and Clemson, UC Santa Cruz, those were all very big institutions, large public universities with very big international student communities,” Keller said. “While I loved my work, it was nowhere near the same as what I’ve experienced so far [at Wesleyan], for example, the pre-arrival day when 112 new [international] students arrive. I never had that experience at UW Madison. We just simply can’t provide something so individualized like that because of the sheer size of our international student community.”

Keller was also drawn to the role because he viewed it as a position with diverse responsibilities.

“Yes, there’s the compliance-type pieces, as a DSO [Designated School Official] or an ARO [Alternate Responsible Officer]…that always comes with this kind of work,” Keller said. “But there’s also a great opportunity to work with the International Student Advisory Board and help with an international buddy program and support more with programmatic efforts and advocacy on campus…. It really came through to me that [this position] was an opportunity for holistic support for students with a much smaller community.”

Coming from such large schools, Keller has had to adapt to working at a smaller, liberal arts college.

“I feel like I’m still kind of in the absorption mode, absorbing a lot of information and trying to get a good understanding of who all the key campus partners are that…we have [worked with] historically, or perhaps haven’t been working with and need to work with more,” Keller said.

Wong explained that Keller stood out from the other candidates during interviews held with students, and was the unanimous choice of the student panelists involved in the selection process.

“We thought that he was very earnest and sincere in his intent to actually help students, and he has an interest in [community] programming, has relevant SEVIS and immigration-related experience,” Wong said. “And during the interview…one of the benchmarks we used to gauge a candidate was the types of questions they asked us at the end of the interview, and something that stood out about Morgan was his interest in understanding the student perspective, which we really appreciated. So from that, we garnered that he was interested in us and also open-minded enough to listen.”

Though the students involved in the selection process approved of the final choice to hire Keller, WSA President Anna Nguyen ’22 explained that the suddenness of Pan’s departure from the position at the end of the spring remained a source of concern for her.

“From my own perspective as an international student, it was rather demoralising to have the Director of OISA [Chia-Ying Pan, who] only started 2 years ago leave so suddenly,” Nguyen wrote in a message to The Argus. “And I can’t pinpoint why we can’t quite retain our staff for a long time. Chia-Ying left for a better position at Brown…so the automatic response is always ‘she’s left to do bigger and better things’ but it feels disappointing to me if she ever felt like she could not do all of these things at Wesleyan.”

“I think the two issues here are: 1) how do we build a stronger structure for OISA and 2) how can Wesleyan as an institution build a community and work environment that women of colour staff feels like they belong to and can take ownership of so they don’t feel like they have to leave to do all the wonderful things they envision for their career in higher education,” Nguyen wrote.

As Keller takes over as director, though, Wong explained that ISAB believes he will be a source of support for the University’s international student community.

“We have a lot of faith that he’ll be able to do his job very well and serve our community, and that he’s very committed to doing that…and being an advocate for our community and an ally,” Wong said.