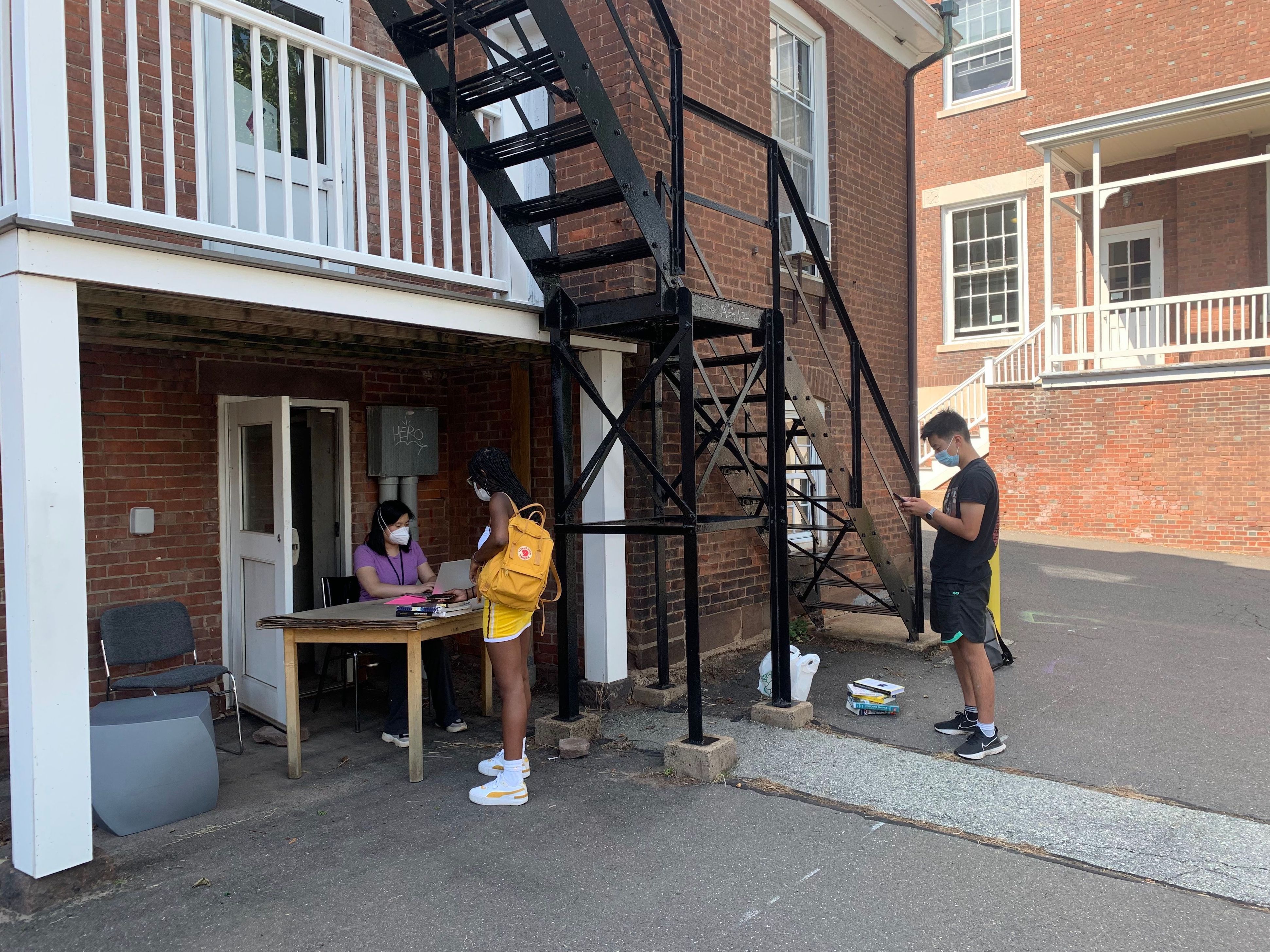 The Wesleyan Student Assembly’s (WSA) Textbook Exchange Program (TEP), which allows students to buy and sell used textbooks, opened for its fourth year at the University Organizing Center (UOC) at 190 High St. on Sunday, Sept. 5. The textbook exchange will run from 12 p.m. to 3 p.m. every day through Tuesday, Sept. 14.

According to the WSA Academic Affairs Committee (AAC) Chair Ben Garfield ’22, who led the organization of this year’s TEP with WSA Senator Edrea Jiang ’23, the program has sold over 145 books so far and has about 1,300 books remaining. Students can browse through available textbooks and check prices online and pay with cash or through Venmo. Those who want to sell textbooks can continue to bring them to the UOC through Sept. 14.

During the 2020–2021 academic year, the program adapted to the University’s COVID-19 restrictions by requiring students to reserve books in advance and sign up for time slots to pick them up. This year, the TEP has returned to selling textbooks on a first-come, first-served basis.

“I’ve gotten rid of [the reservation system] because there were a lot of people that would reserve books and they never show up, and that’s not fair to other people,” Garfield said.

Jiang explained that the University’s less restrictive COVID-19 policies this semester have made it easier to organize the TEP than last year.

“Last year, we were operating the Textbook Exchange under more restrictive conditions, and so transitioning hasn’t been that hard,” Jiang said. “We’re still outside and we’re in a fairly accessible location.”

Garfield expects that the TEP will operate permanently at the UOC in the coming years. Going forward, the program’s focus will no longer be on adapting to COVID-19 restrictions, but rather transitioning leadership from Garfield to Jiang.

“We’re entering a new phase now where basically we have to figure out transitions,” Garfield said. “I’m the last of the original cast [of WSA members involved with the TEP] to still be here, so Edrea [Jiang] has been really great about being ready to take that over and be a participant in that.”

Jiang has been taking on more responsibility to prepare for the change in leadership and plans to remain a leader of the program.

Garfield and Jiang both addressed the importance of getting new students involved in the program so that it can successfully sustain itself in the coming years.

“Obviously a long-term thing is a transition of leadership, which I think we have in progress,” Garfield said. “I do think that it’s only a temporary transition and that I’d like to hand it to someone a little bit younger after Edrea [Jiang]. So hopefully there’ll be a first-year that comes into WSA and is like, ‘Hey, I love this thing.’”

Speaking to the goals of the program, Jiang emphasized the TEP’s need to establish itself as a well-known resource on campus in order to allow students to consistently buy and sell textbooks.

“Every year, it’s always a challenge to let freshmen know that this thing exists, and so advertising is key,” Jiang said.

Jiang also spoke to the larger goal of the program: to continue gathering used textbooks from students and eventually be able to donate those that are not purchased.

“Long-term goals, of course, is to collect more textbooks and make sure that we have a good turnaround, and then we will hopefully start donating books—the ones that don’t get sold—within two years,” Jiang said.

The WSA will operate the TEP again for a selling period at the end of the fall semester, likely during reading week.