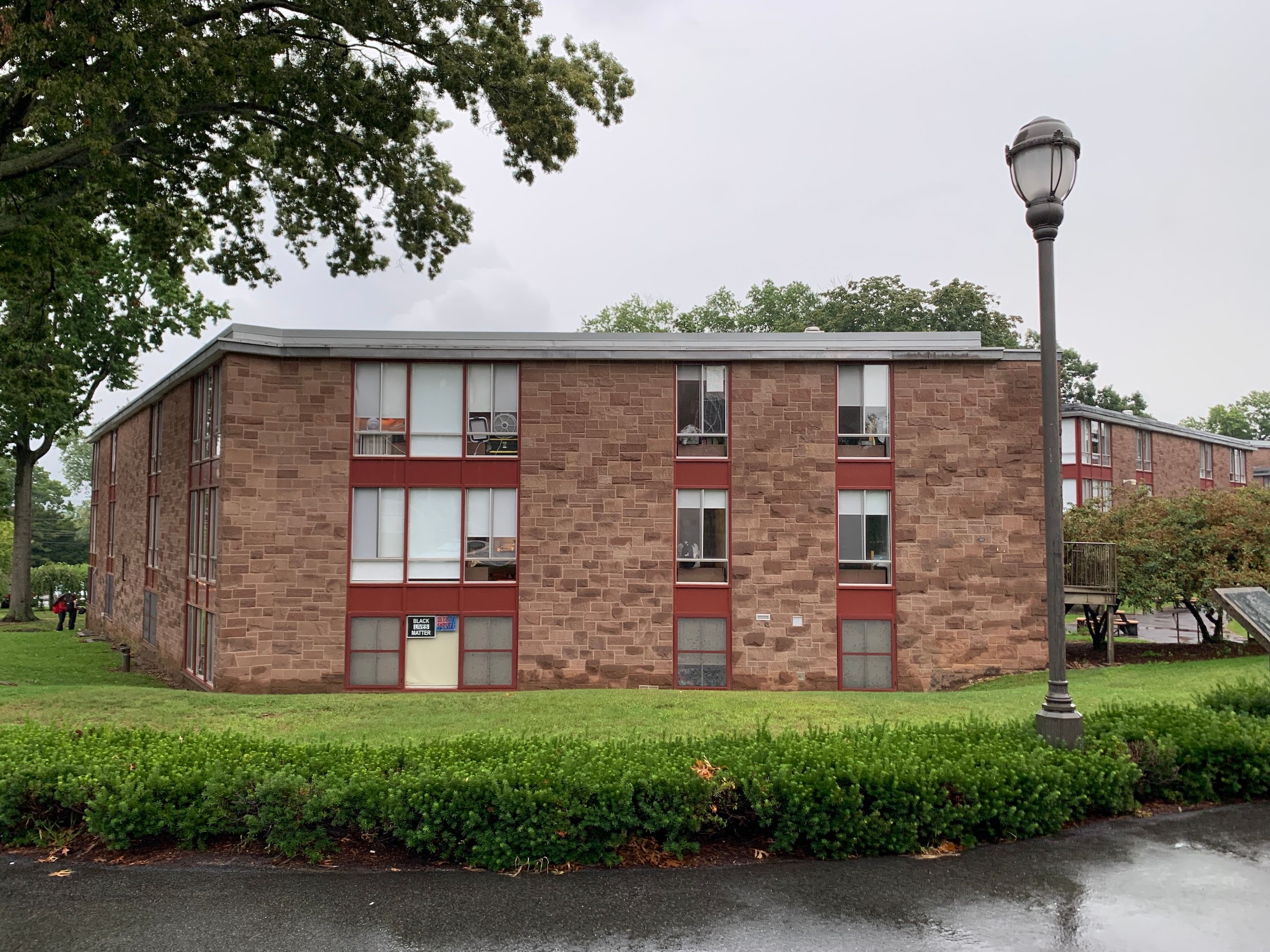 On the night of Wednesday, Sept. 1, mechanical areas in the basements of Butterfields A, B, and C, along with residential spaces on the ground floor of Butterfield A, experienced flooding due to heavy rain from the remnants of Hurricane Ida.

The flood displaced around 380 students, the majority of whom were first-years, and led to the relocation of Butterfields residents to the Freeman Athletic Center for the night. The evacuation occurred at 2 a.m., with the Office of Residential Life (ResLife), Public Safety (PSafe), and Facilities staff working to assist students and secure the premises.

Director of Construction and Infrastructure Alan Rubacha explained that water entered Butterfield A through the north and south doors and traveled through the north, east, and south hallways before flowing down the stairs into the basement.

“There was some water that moved into student rooms in some cases,” Rubacha wrote in an email to The Argus. “There was water in the basement that required the replacement of four fire protection devices. There was no damage to the electrical systems of the building.”

Facilities had anticipated problems based on the weather forecast before the flood, according to Rubacha. A Facilities project manager, who spent the night of the flood on the premises as a precaution, observed water back up around 12:30 a.m. and turned on both pumps to evacuate water from the building.

“By 1 a.m. he realized that the pumps could not keep up and that flooding in the building was likely,” Rubacha wrote. “After water began entering the building he alerted others in Facilities who made their way to Wesleyan.”

Students began to evacuate after a fire alarm went off at 1:38 a.m., alerting both PSafe and residents to a problem, according to PSafe Director Scott Rohde. The water damage to nine smoke alarms caused the fire alarm to sound.

“PSafe worked with the Fire Department to safely evacuate students to Freeman so that assessment and repairs could be made,” Rohde wrote in an email to The Argus. “Proper university notifications were made so that resources could be sent to campus. The buildings were secured and a fire and security watch was established.”

The ResLife staff at the Butterfields, including student Residential Advisors (RAs), worked to move Butterfields residents to Freeman and support them during the relocation and ensuing confusion. Director of Residential Life Maureen Isleib said she was impressed with the efforts of the RAs in managing the situation.

“The resident advisors were amazing in evacuating the buildings and guiding students to Freeman, some went back in the rain multiple times to accompany students to the athletic center,” Isleib wrote. “Some also provided comfort to students who were especially stressed out.”

Butterfield RA Jess Pablo ’24 explained that she tried to support the residents in her hall in any way she could.

“Most of my residents were greatly unaffected, but the flood was still a lot to process,” Pablo wrote. “I simply asked if they were okay and needed anything. I tried just to be present.”

While the RAs helped manage the situation, they struggled to adjust to the rapid slew of changes.

Pablo expressed her frustration at the lack of clear communication from the University during the night of the flood, especially after RAs had been awake since 7:30 a.m. that morning to facilitate first-year move-in.

The night was challenging for both RAs and first-year students who had moved in the previous morning. Butterfield A resident Gazi Rahman ’25  recalled that no one understood what was happening at the time.

Rahman added that everyone rushed to leave the building, believing there to be an actual fire.

“It was also surprising because [it was] the fire alarm, and it was raining outside,” Rahman said. “A lot of people just went outside in shorts and that’s it, or a robe, [and] a lot of people forgot their keys and stuff.”

Following the evacuation, students spent the night on the track in Bacon Field House in Freeman. Rahman said that the shared experience brought him closer with his new classmates.

“It was sort of a fever dream of a night,” Rahman said. “In a weird way, it kind of helped [me transition to college]. I do think it forced everyone to rally together and talk to people and be like, ‘Oh my gosh, what is going on?’ in a way, that wouldn’t have happened if we just went to our dorms and were alone. Instead of sleeping in our own rooms, we all had to sleep near each other and talk to people and that sort of thing.”

Isleib emphasized that the University supported students throughout the ordeal.

“The ResLife staff worked closely with Public Safety, the Dean’s Office, and Facilities staff to ensure students’ basic needs were being met, and that information was being communicated,” Isleib wrote. “Students were offered coffee and donuts as they were leaving Freeman, and were permitted back in their rooms that morning to drop off belongings and retrieve whatever items they needed for the day.”

While most students moved back into their residences after the first night, 22 students from the 12 rooms which sustained the most water damage were granted alternate accommodations for the night of Thursday, Sept. 2. These students were provided with spare beds from elsewhere in the Butterfields for the night.

As of Monday, Sept. 6, 13 of these students still had not been able to return to their rooms. Most were housed in temporary spaces at The Inn at Middletown, as well as given extra Middletown cash to offset their meal plans. One Butterfield RA who was also displaced by the flood stayed with his residents at the Inn. By Wednesday, Sept. 8, all displaced students were able to move back into their assigned rooms.

Moving forward, Facilities is looking to prevent future floods by undertaking a project to identify the cause of the flood and design fortifications for the building. A project assessment will begin on Sept. 20.

“We believe that we will need to install larger drainage piping to remove stormwater from this area,” Murphy wrote. “As it will be a disruptive project, this work will likely be undertaken in the summer 2022.”

Isleib acknowledged all the people who stepped up to both support students and react to the flood, commending staff from ResLife, PSafe, and Facilities who had begun working early on Sept. 1 to assist with move-in and ended up staying awake all night. Pablo also expressed gratitude for her team.

“I was tired and drained by the time we all arrived at Freeman, but I wanted to say that I had an excellent team to work with,” Pablo wrote. “The Butts RAs helped me through the long night that the flood occurred. While I was tired both physically and mentally, I want to say that the support and humor from the RAs in the Butts made it bearable.”

Isleib also recognized the strain the flood put on the first-year students.

“I also want to acknowledge the Butterfield residents who made the best of a lousy situation, especially the students for which this was their first night on campus,” Isleib wrote. “I’m sure they had hoped to connect with their floormates differently, but there was a lot of community bonding happening at Freeman.”

Correction: Quotes in this article were originally mis-attributed to Facilities Business Manager Jeff Murphy. They are now correctly attributed to Director of Construction and Infrastructure Alana Rubacha.