Naked Except a Mask: Students Model for In-person Art Classes 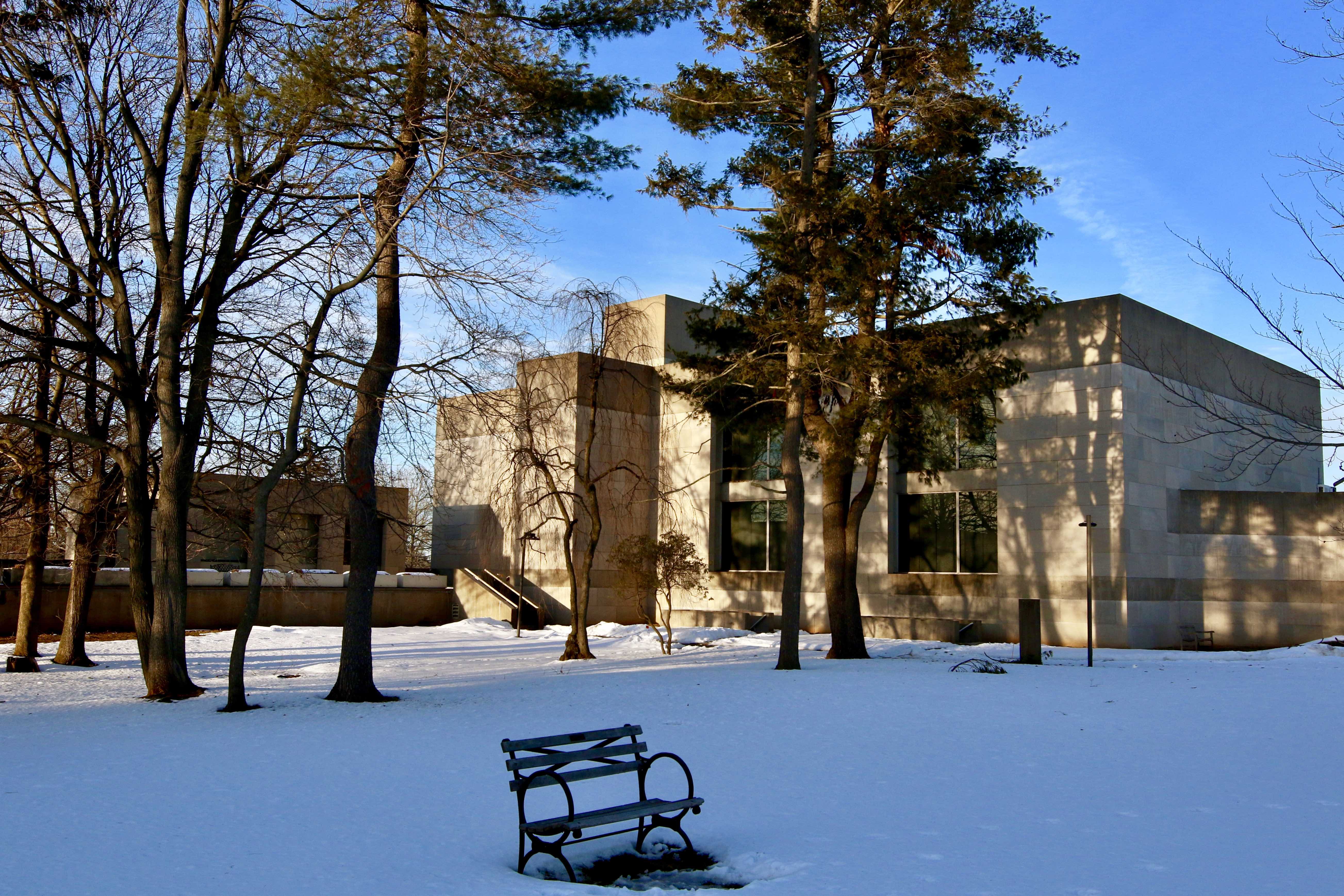 There are many different kinds of jobs that students do on campus. From being office assistants or Eco-Facilitators to setting up amps for Sound Co-op, the offerings run the gamut. But for the job-seeking student browsing on Handshake, one posting might stand out. In the Studio Art department’s drawing classes, and especially in Drawing I, students learn all sorts of drawing techniques, from still lifes to figure drawing. These classes require live nude models, and so the department hires students (and, in non-COVID-19 times, professional models). Any student can be a model as long as they’re comfortable being naked in front of their peers.

When models sign up, they get put on a roster that professors and TAs can draw from to book people for classes. Professors generally want to have a diversity of bodies so that students can gain experience drawing lots of different body types. After a time is agreed on, the model will meet with the professor briefly. During the in-person class session, the model poses with durations ranging from very short for the starting gesture drawings to quite long, at around 20 minutes. Models have to wear masks and everyone is socially distanced.

“It’s this sort of strange, ironic thing where we have nude models, who are nude as in normal times, but their faces are mostly covered,” said Associate Professor of Art Julia Randall, who teaches a section of Drawing I.

Models have different motivations for signing up. For Esme Ng ’22, who started modeling in their sophomore year, the modeling gig has been a way for them to build on prior interests.

“At that point, I was already interested in some other forms of modeling,” Ng said. “I had modeled in a photography thesis and I was always into fashion and Instagram and I thought this would be an interesting thing to do. I’m also a former dancer and a former martial artist, so I thought I would be good at it.”

For Quinn Devita ’22 modeling was a way to try something new.

“I think it was [a way to] push myself out of my comfort zone, and I’d always wanted to do that,” Devita said. “I remember watching ‘The Sisterhood of the Traveling Pants 2,’ and she ends up dating the guy that nude models for her, and I guess I was just living in some fantasy that I thought that this same thing would happen to me. It didn’t.”

Alexandra Weidenfeld ’24 signed up to be a model after both drawing nude models and modeling outside of the University. She’s also taking Drawing I this semester.

“I’d done it before, and I don’t know, it’s very empowering,” Weidenfeld said. “I also like the idea that when other people are drawing you as a live model, they’re definitely going to have a much more objective view of your own body…. It’s really interesting to have somebody who can more objectively and with less judgement view your body and try to render it. They’ll see things that you don’t even see or notice, and whatever fixations you have, they don’t. I think it’s a very body-positive, sort of holistic thing.”

Devita reiterated that modeling had been an incredibly positive experience.

“It’s not as daunting as one would think, and actually I find it to be super empowering, and I just think it’s kind of fun,” Devita said. “More people should try it.”

“I think a big question I get a lot from my friends is if I think that they should do it, if it’s an empowering experience,” Ng explained. “And I really go back and forth. It was really empowering for me, to realize…[the drawings are] not beautiful. A lot of these are first-time drawers, and people who’ve never taken an art class before, so already it’s not entirely accurate, but then on top of that, there’s drawers all around you. When you pose for photography, there’s tricks that they’re doing, there’s like illusions that they’re creating so that [your body] looks slimmer, or more hourglass-y, or longer, or taller, and that doesn’t exist [when posing for drawing,] because someone’s gonna see your back fat…. Someone’s gonna see that I have stretch marks.”

Modeling is also a physically challenging activity. Students explained that remaining in the same position for a pose, sometimes for up to half an hour, can be taxing.

“It hurts to be a drawing model,” Ng said. “It really hurts to stay still that long. And the day after you do a two-hour class, you’re always going to be sore somewhere.”

But why draw nude models? Visiting Assistant Professor of Art Ali Osborn ’06, who took Drawing I himself when he was a Wesleyan student and art major, explained the unique challenge of drawing from real life.

Professor Osborn also mentioned that it can be more difficult to draw someone wearing clothes, as clothing complicates the shape of the underlying anatomy. Professor Randall explained this mode of drawing as part of a long tradition.

“We are teaching within a really specific tradition, the European atelier tradition, where you draw from life,” Randall said. “You could go to Egypt, or you could go to Africa or India or China, and there’s completely different way[s] to draw. We start out by foregrounding the fact that this is one historical canon.”

Randall emphasized the unique nature of the human body as an object of art.

“The nude body is probably the most complex form that there is to draw,” Randall said. “I’m trying to think of other forms, and there’s usually a way—there’s a stillness to other forms that will allow you as a drawer to be able to get your arms around it more easily. The body has this kinetic energy to it that, when you’re looking at a body and you’re trying to make some kind of a visual translation…it’s just an incredibly challenging thing to do, to deal with such a complicated structure of bones and muscles and skin and gravity and light.”

Models mentioned that they loved seeing the work students made and have made friends through the art classes.

“Sometimes I’ll catch people looking at me, and I’m like, ‘Oh, maybe they were in that class,’” Devita said. “I have had someone—I ended up just like running into them, and they were like, ‘I was in that class, and I loved drawing you.’”

Given that Wesleyan is a small community, and models are posing for their peers, it can be only a matter of time before models end up in a class with someone they know.

“I have seen my best friend’s ex-boyfriend in a class, I have seen—I was an RA last year, I’ve seen one of my residents in a class, I’ve seen people I’ve matched with on Tinder in class,” Ng said. “There’s no room for weirdness.”

Randall emphasized that all you need to be a model is an ability to be comfortable in your own skin.

“We’re always so grateful to get people who are modeling for us. First of all, we’re just grateful that students want to model, period. It’s a gig, and they’re getting paid, but it’s a vulnerable position, and we respect that,” Randall said.

If you’re interested in being a life drawing model, you can sign up at wesleyan.joinhandshake.com/jobs/3246467?ref=preview-header-click.
Sophie Griffin can be reached at sgriffin@wesleyan.edu