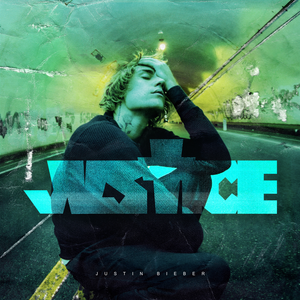 Justin Bieber dropped his sixth studio album on March 14, “Justice,” only a year after his previous project, “Changes,” dropped in 2020. After a year of quarantine, Bieber is back with a brand new catalog of pop tunes that blends R&B and hip-hop in an attempt to give us songs for the summer. Selling over 150,000 album-equivalent units in its first week, “Justice” debuted at number one on the Billboard 200, becoming Bieber’s eighth album to have this achievement in his career. There was a lot of hype surrounding this album: Chance the Rapper even went as far as to compare it to Michael Jackson’s “Off the Wall,” a pop music classic. Going into this album, I had high expectations, and there were some remarkable tracks.

“Peaches” is one of Bieber’s greatest singles in years. Bieber has been teasing the song’s hook for months and it instantly grabbed my attention, and the final release doesn’t fall short of expectations. The track features Daniel Caesar, who was making waves in the indie scene with his lustful R&B, and Giveon, who’s garnered a lot of attention from his appearance on Drake’s 2020 “Dark Lane Demo Tapes” mixtape and a subsequent Grammy nomination. Each artist delivers enticing verses, and it makes sense that this record debuted at number one on Billboard Hot 100.

Another notable track on the album, “Off My Face,” is driven by a guitar melody that is reminiscent of 2000s music. This song’s chord progression and Bieber’s vocal delivery are angelic. The minimalist style of the track makes it intimate, and the song will definitely be a fan-loved album cut.

These two tracks show that Bieber is still capable of creating hits and emotional tracks for his fans. Unfortunately, these two songs are the album’s peak. The rest of the songs range from decent to downright bad. The album was supported by four singles before its release, which were quite boring. “Holy” is an upbeat gospel song featuring Chance the Rapper in which both artists talk about their love for their wives and God. Although catchy, the song struggles to be entertaining, with Chance continuing his recent reign of subpar music with a weak verse. The two have collaborated before and have made astonishing hits, so it was a surprise to see how bad this track was.

I also was not a fan of “Lonely.” The production and the simplicity of the track were enjoyable, reminiscent of other stripped-down pop ballads like Lorde’s “Liability.” However, the two songs differ vastly in lyrical content, with Bieber delivering introspective verses that read as complaining about being rich and famous. Though his vulnerability on the track is respectable, the single lacks the depth he is trying to achieve. “Anyone” and “Hold On” are extremely basic tracks that are not worth mentioning.

“2 much” is as weak an opener as “Lonely” is as a closer for the album. Continuing with the minimal pop production, the song uses a piano to convey Bieber’s love for his wife. This song does not make sense in the sequence of the album and should have been left off completely.

“Die for You” sounds like a throwaway track from the Weeknd’s “After Hours.” The track is quite tacky and annoying with the over-dramatization of dying for someone’s love and the use of ’80s style production. This track sounds like Bieber trying to hop on this recent trend, and failing miserably. The song was also a waste of a Dominic Fike collaboration, which could have produced a much more compelling track.

On the note of wasted collaborations, Bieber and The Kid LAROI had so much potential to be something great. With LAROI’s sudden rise to fame, it makes sense that the two would have a collaboration. The chemistry is evident in the song, but this melancholic track is neither of the two’s best work. The rest of the tracks follow this mediocre pattern.

Beyond the disappointing tunes, my strongest critique of the record is the album’s use of Martin Luther King Jr. When listening to this album, nothing about it makes it seem like a call to injustices. None of the songs relate to this subject matter. Using MLK’s speech during “2 much” while providing his own interlude does not make sense in the context of this pop album. It’s truly insincere to use an acclaimed civil rights activist to boost album sales and to portray oneself as a comparable figure. In doing so, Bieber fails drastically and should be ashamed of himself.

“Justice” is definitely an improvement from Bieber’s previous album; however, it contains similar flaws of filler tracks and features that either suffer due to his performance or are wasted potential. It is disappointing to see a pop star that has access to the world’s best producers and songwriters and is backed by major record labels deliver a mediocre album. With a few exceptions, the majority of the songs are quite forgettable. On top of never achieving the message of social “Justice,” Bieber should have kept this album shelved.