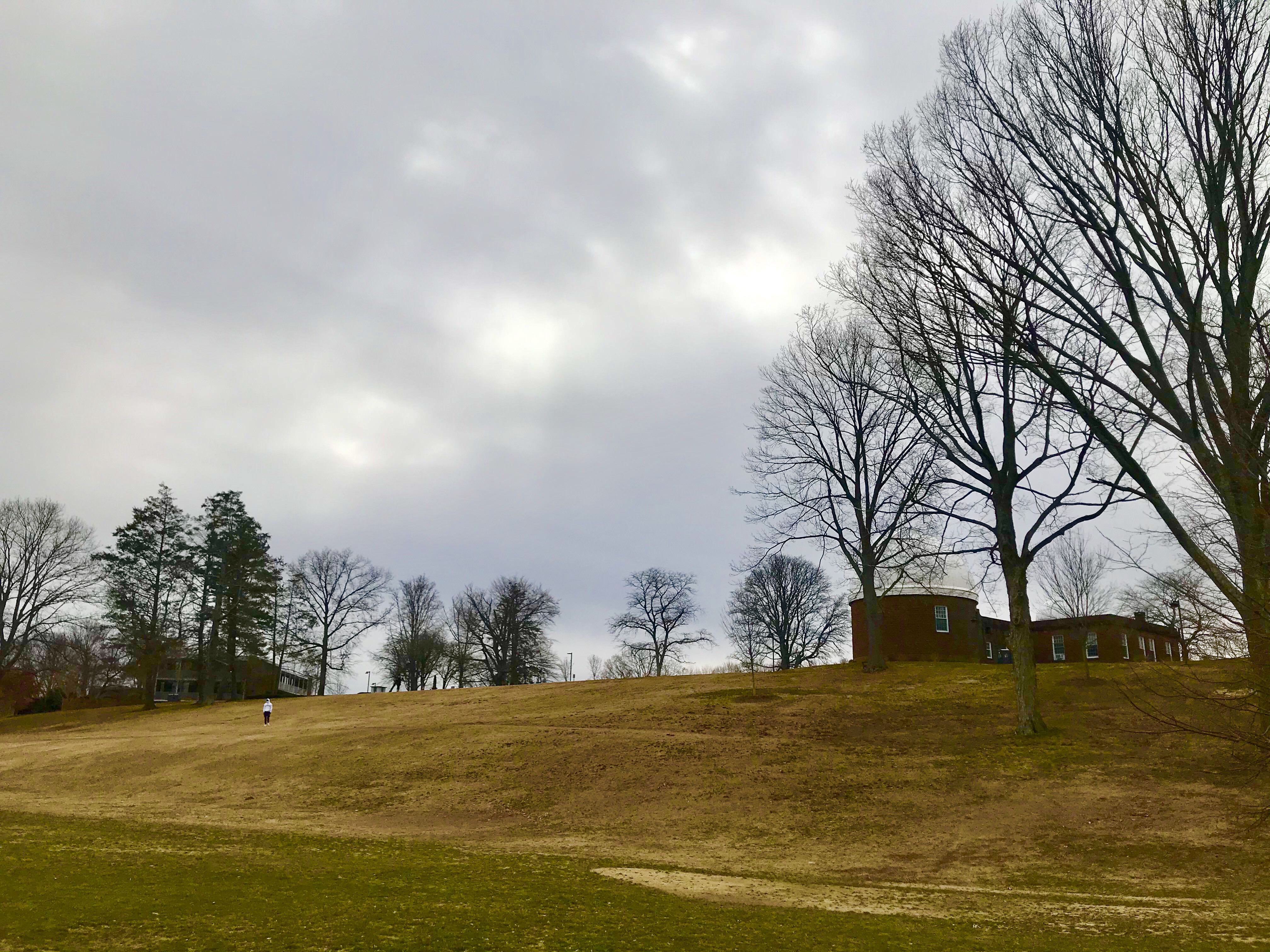 This spring, instead of the usual two-week vacation, the University is holding a two-day break on Tuesday, March 23, and Wednesday, March 24. Spring break usually creates an extended time for students to relax and catch up on work, but the choice to shorten it this year came from concern about the other common vacation activity: traveling.

Ben Garfield ’22, Chair of the WSA Academic Affairs Committee, explained why the calendar committee decided on a two-day break. He said the main challenge in planning a break during the pandemic was preventing students’ urge to travel, which would put them at a higher risk of contracting COVID-19 and returning to campus sick.

“People want to go places,” Garfield said. “You give people time to leave, they want to travel.”

He added that although he trusts that the vast majority of the Wesleyan community would refrain from traveling, a few people making the decision to travel could negatively affect the whole campus.

“Even though most of us know that we shouldn’t do that, there’s still going to be enough people who do that anyways, because they have the opportunity…and they think that there’s no consequence,” Garfield said. “A large part of the two days is about protecting most of the community from the people that were going to do that.”

Other students recognized this issue, but pointed out the challenges of such a short break and wondered about the options that were considered.

“If they don’t want people to go off campus I totally get that, maybe it shouldn’t be a long break or long weekend,” Syed Hussain ’21 wrote in a message to the Argus. “But what makes me salty is why not have 2 days off a week for a few weeks then (4-10 total days off)?”

Liz Colannino ’21 said that the University should have learned from last semester, when many students experienced burnout.

“I get that they can’t give us our full spring break because they don’t want people to leave and our semester is shorter,” she wrote in a message to The Argus. “But I don’t understand why they only gave us two days off in an entire semester. They should [have] learned from last semester that the lack of break (I don’t count election day, that week was so emotionally taxing it didn’t feel like a break at all) really contributed to our feeling of burnout and that we need a break during a pandemic more than usual.”

She added that the short break also meant that many of her assignments were due during and after the break.

“I don’t know about anyone else, but I have at least two big assignments due our week of ‘break’ anyway,” she said.

Garfield mentioned that scheduling more than two days off was difficult because long weekends, created by taking Mondays and Fridays off, would make student travel more likely. Tuesdays, Wednesdays, and Thursdays were ideal for mid-semester days off. However, the University is required to hold the same number of class days for each day of the week. This would have made it difficult to cancel classes on multiple Tuesdays this semester, for example, since the time would have to be balanced with Monday and Friday vacation days.

Garfield described how this semester contains one of each weekday as a day off.

“We didn’t have Monday that first week of the semester, so that’s one Monday out of the way…we knocked [Tuesday and Wednesday] out in that spring break week, and then we knocked out Thursday and Friday [at the] end of the semester for reading week,” he said.

Ainsleigh Caldicott ’21 brought up the idea of a system to ensure that students stayed on campus during breaks.

“I think in an ideal world we could have had a longer spring break or more 1-2 day breaks throughout the semester with a mandatory check in somewhere on campus to make sure no one leaves, if that’s the main concern,” she wrote in a message to The Argus. “Maybe just swiping your Wes ID at Usdan or something.”

According to Garfield, the University considered this idea.

“There was supposed to be an app that we were all going to have on our phones,” Garfield said. “We were going to be required to have it to check in regularly.”

However, the designers of the app, who are unaffiliated with the University, never finished its production.

“We signed up [to use the app]; a number of other schools signed up for it, and it never came to fruition,” Garfield said.

As for lower-tech check-in systems, Garfield was skeptical about their efficacy.

“The only way to really confirm if people are here is testing, but you can still sort of find your way out of it,” he said. “You could get tested on Thursday and then get tested on Tuesday and still be gone for four days without anyone really knowing.”

“So many people, they are just so stressed out, they get barely any break, and we’re doing this [shorter break] because we have to protect from people who just don’t care about everyone else,” Garfield said. “And I’m perfectly happy to say that that’s what we’re doing, because that’s the sad reality of it.”

Spring break often provides flexibility and breathing room for students who need to spend the time on intense academic work. Bodhi Small ’22, a College of Letters (COL) major, described the major’s spring comprehensive examinations in a message to The Argus.

“[It’s] 2 1800 word essays a day for 3 days, where we try and synthesize everything we’ve read so far,” Small wrote. “They usually take place right after spring break so we have that time to review. But since there’s no spring break, we don’t get that time.”

Garfield stated that a longer break would have been ideal, but emphasized that the decisions were informed by the desire to protect the Wesleyan community.

“I think it’s been made very clear over the past year how many people in our community don’t seem to recognize that they are members of a community,” he said. “And so we have to make policies that deal with that.”

Anne Kiely can be reached at akiely@wesleyan.edu.