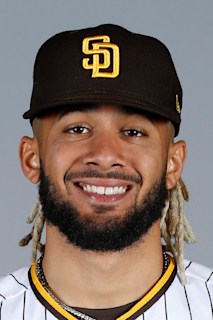 Another season of America’s pastime is set to begin, though you might not know it from the simple fact that no one seems to care about baseball. And yet, as a long-time Red Sox fan, I would be remiss if I didn’t write a little preview about my favorite game. So without further ado, here is the way-too-early divisional predictions article that no one was asking for.

While the Blue Jays are this year’s trendy pick after the addition of George Springer, it would be foolish to bet against the Yankees. A rejuvenated Cory Kluber paired with an already elite pitching staff headed by Gerritt Cole is dangerous. Kluber has the potential to be a high-end addition that distances the Bronx Bombers from the pack and could elevate them to legitimate championship contention. As usual, the big question mark is health, as their past few seasons have been derailed by injury. I think the Blue Jays might get a wild card but are still a couple of years and a few starters away from challenging the iron of the league. Simply because I am a Sox fan, I feel the need to mention that anything over 85 wins will be viewed as a success following perhaps the most boring $50 million off-season in baseball history. P.S. I hope your Tampa friends enjoyed making their once-in-every-decade World Series appearance, only to fall short and return to baseball purgatory for the foreseeable future.

The Twins are quite literally the most boring team ever constructed. Their annual 95 wins and divisional-round loss to the Yankees is becoming a tradition on par with hot dogs on the Fourth of July. However, the continued prowess of aging stars Josh Donaldson and Nelson Cruz should keep Minnesota in the mix of things through September. The White Sox have an electric young team with Luis Robert, Tim Anderson, and a cast of flamethrowers. And even though they hired arguably the worst managerial fit for their team, in baseball legend Tony La Russa (who, as a side note, was super rude to me one time), they should be poised for a breakout season and the division title. Detroit, Kansas City, and Cleveland are all looking towards boring rebuilding seasons.

I can’t believe that once again I am buying the hype on the Angels, but here I am. Ever since they splurged for Josh Hamilton and C.J. Wilson over 10 years ago, I have consistently picked them to win the division, and they have consistently rewarded me with sub-.500 finishes. However, I have seen way too many videos of Shohei Ohtani blasting home runs not to swipe right on this team for 2021. The Astros are still wallowing in shame, and the A’s will probably hang around, but I think this is the year for the Angels. Over 162 games, they can slug their way to a divisional championship, and once you’re in the playoffs, well, anything can happen.

While I was able to avoid taking the cheese on Toronto, the Mets have me hook, line, and sinker. I think Lindor is a bit overrated, but Polar Pete Alonso has been raking in spring training, and the rotation is easily a top-five staff in baseball. The Braves should still be shell-shocked following one of the biggest postseason collapses of all time, and I expect significant regression. The Phillies are stuck in the middle and have again decided that maybe bullpens aren’t important? Maybe it’s just because my uncle is a big Mets fan and has talked my ear off during the offseason, but this team just has my attention this year.

Since they all blow, let’s get the Pirates, Brewers, and Reds quickly out of the ways so we can talk about the real teams. Many have the Cardinals poised to take control after their offseason acquisition of Nolan Arenado, but St. Louis probably is a couple of arms away from making the jump to a playoff team. Furthermore, it remains to be seen whether Arenado’s gaudy Coors Field stats will translate to a ballpark with earthly gravity. The Cubs are by no means a lock for October, but the acquisition of Joc Pederson will be sneakily impactful, and Bryant, Biaz, and Rizzo will all be out for “prove it” seasons following disappointing performances in 2020.

After the AL East, this is easily the most interesting division in baseball. The rich got richer when the reigning champion Dodgers added reigning Cy Young winner Trevor Bauer. They returned a World Series-winning squad with like 7 potential All-Stars on their rotation alone. Their outfield, led by Mookie Betts and Cody Bellinger will be a problem for any pitching staff. However, there has not been a repeat winner since the early 2000 Yanks; it just isn’t done in baseball, and certainly not by the chokey Dodgers. Slam Diego is the most enjoyable team in the league, and Tatis is the best young player in baseball. They added some much-needed pitching and dumped bum free agent Garrett Richards on the pathetic Red Sox. While it will probably still be a couple of years before they win in October, this Padres team has all the components for an awesome season, as if people in San Diego needed more reasons to be happy beyond the constantly perfect weather and top-quality zoo.