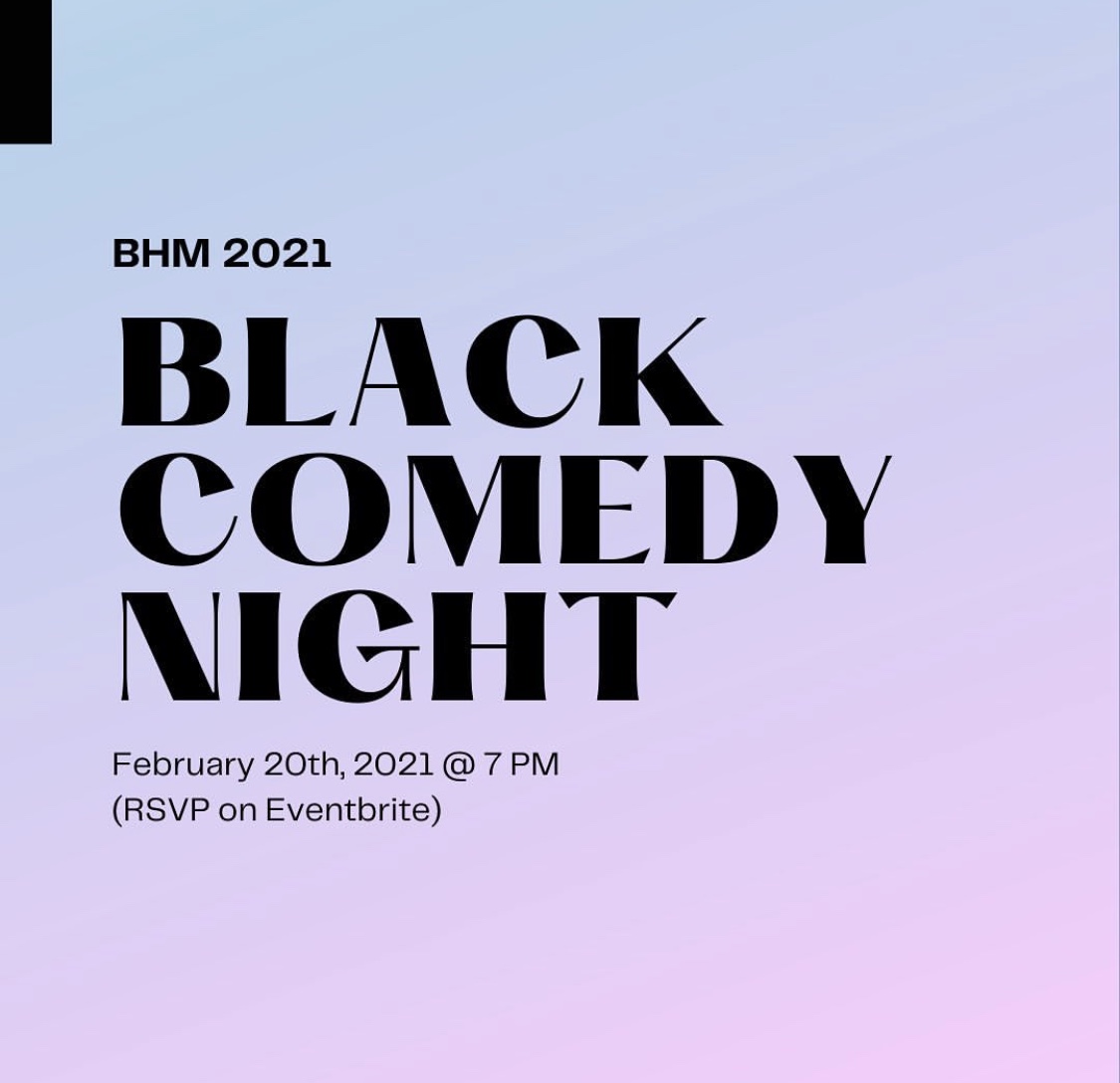 A few weeks ago, on a Saturday night, my roommate Vincent and I sat cozily under soft pixie lighting. Exhausted after a long day of procrastinating, I was ready to fall asleep. Then, out of nowhere, Vincent whispered a suggestion to me.

“I know you’re tired, but do you want to watch Black Comedy Night with me?” he asked.

The show was organized and hosted by Ujamaa, Wesleyan’s Black Student Union. The show began with a talk on Black comedy’s relationship with activism by Professor Mark Anthony Neal, Chair of the Department of African American Studies at Duke University, and then was followed by four different stand-up acts: one student performance by Kyron Roberts ’21 and three performances by professional comedians Marina Franklin, Zainab Johnson, and Tone Bell. Unfortunately, Vincent and I came into the show roughly midway through it, so we missed the talk at the beginning. Still, the ensuing 30 minutes of performance quickly became one of my favorite moments at Wesleyan.

At first, I was thrown off by the requirement that we unmute our mics and keep our cameras on, but quickly realized that this let us see each other’s reactions like at an actual live event. For one evening, in our respective rooms, we gathered in an intimate corner of the internet to watch comedy together. Most prominently, this was an event both organized and performed by Black people! Plus, all the comedians were hilarious, at least by my account. Each comic had a distinct personality and flavor to their act that rounded out the experience. It gave me a feeling of warmth and comfort that I hadn’t felt in a long time.

Being in the company of so many other Black people, even if through a Zoom screen, was a remarkable experience. The power of comedy is to bring people together, and in this case it provided a space for Black students and faculty at Wesleyan to find a reprieve from their daily stressors. At a predominantly white institution (PWI) like Wesleyan, it’s even more important to have spaces that promote Black autonomy. What does this Black autonomy look like in the University? It looks like a Black student led organization such as Ujamaa calling on Black comedians both from within and outside of Wesleyan.

But for those of us who may want subsequent Black Comedy nights, that picture of autonomy can’t include hiring more professional talent; logistically, the budget can’t cover the cumulative expenditure. Instead, we will have to look towards talent within the Wesleyan community. The problem with that is that the comedy scene at Wesleyan appears to be dominated by white comedians.

“There’s so few of us,” said Roberts. “And, by us, I mean brown, Black, indigenous or queer people on campus doing comedy.”

Roberts was the host and sole student act at Black Comedy Night. Reflecting on their experience, Roberts said that getting into comedy at Wesleyan as a non-white individual was a tiring and anxiety inducing process.

“[W]hen I got called back to [the comedy group] Gag Reflex, in the middle of the callback I had to go to the bathroom, and I was in the mirror kind of freaking out because it was like, ‘Oh, I’m here. I’m doing this. This is so crazy,”  Roberts said. “But also, I [was] so anxious because I was the only Black person in the room at that time, which made me very uncomfortable. And then, on top of that, I saw not only in the audition, but in the callback, this very strong white male presence.”

It seems that just breaking into the comedy scene at Wesleyan as a non-white comedian is a hard enough task. According to Roberts, it is also an alienating experience.

“I see us [BIPOC] cracking jokes [and] partaking in comedy—it’s just maybe not so much involved in the larger comedy community at Wesleyan,” Roberts said. “The same thing could be said about Black art [at Wesleyan] or art [in] the art world. So many queer, black, POC artists [are] creating, but maybe [are] not so much brought in consideration in the grand scheme of the art world.”

This alienation might stem from the different lived experiences that shape how non-white comedians express themselves. During the interview, Roberts mentioned one of their initial fears in doing comedy at Wes was that most of the audience wouldn’t get their jokes.

“[I]f I crack a Martin [Lawrence] joke, in this in a scene or a bit, I know that 75% of the people in the audience at any given gag show are probably not going to get the joke,” Roberts said.

Time and time again it seems that Roberts’ identity as a Black person created unnecessary obstacles in their path to break into Wesleyan’s comedy scene. But at every juncture, Roberts powered through the stress, believing in their own comedic ability. Why must it be so arduous and stressful for non-white students to get into comedy? While this article doesn’t claim to provide a concrete answer to solving that problem, there is some hope. Ujamaa Communications Liaison Brianna Mebane ’22 had this to say when asked if there would be any future events similar to Black Comedy Night:

“Our primary intention for the event was just [for it] to be a part of Black History Month programming,” Mebane said. “But I think it would be interesting to see if we can implement events like that more often, especially for Wesleyan-affiliated students and/or community members. I think it’d be interesting, and I could definitely pass that along.”

If that did happen, it would be a great opportunity for aspiring Black student comedians to break into the scene in what would hopefully be a much less stressful environment. This would also provide a space for Black students at Wesleyan to simply exist, which can be so relieving especially in a space where decolonization, liberation, or anti-oppressive action aren’t constantly jammed at the forefront of one’s mind. This is not to decry the struggle for equity, but it’s like what Tupac said in “Thugz Mansions”:

“N——s need a spot where we can kick it / A spot where we belong, that’s just for us / N——s ain’t gotta get all dressed up and be Hollywood / You na’mean?”

Once Black students have their own spot, they can use it to open up their perspective to the rest of Wesleyan, a perspective that sorely needs to be shared. This goes for other non-white students as well.

If you’re a non-white student who yearns to be a comic but fear you aren’t funny enough, I wholeheartedly encourage you to pursue that passion, even if it’s just a hobby on the side. If that still doesn’t motivate you to overcome your fear, email me and I will personally hype you up. Who knows, you might just find your calling, and we might all be better off because of it.

Cameron Seychelles Yaw Scott can be reached at cyscott@wesleyan.edu.