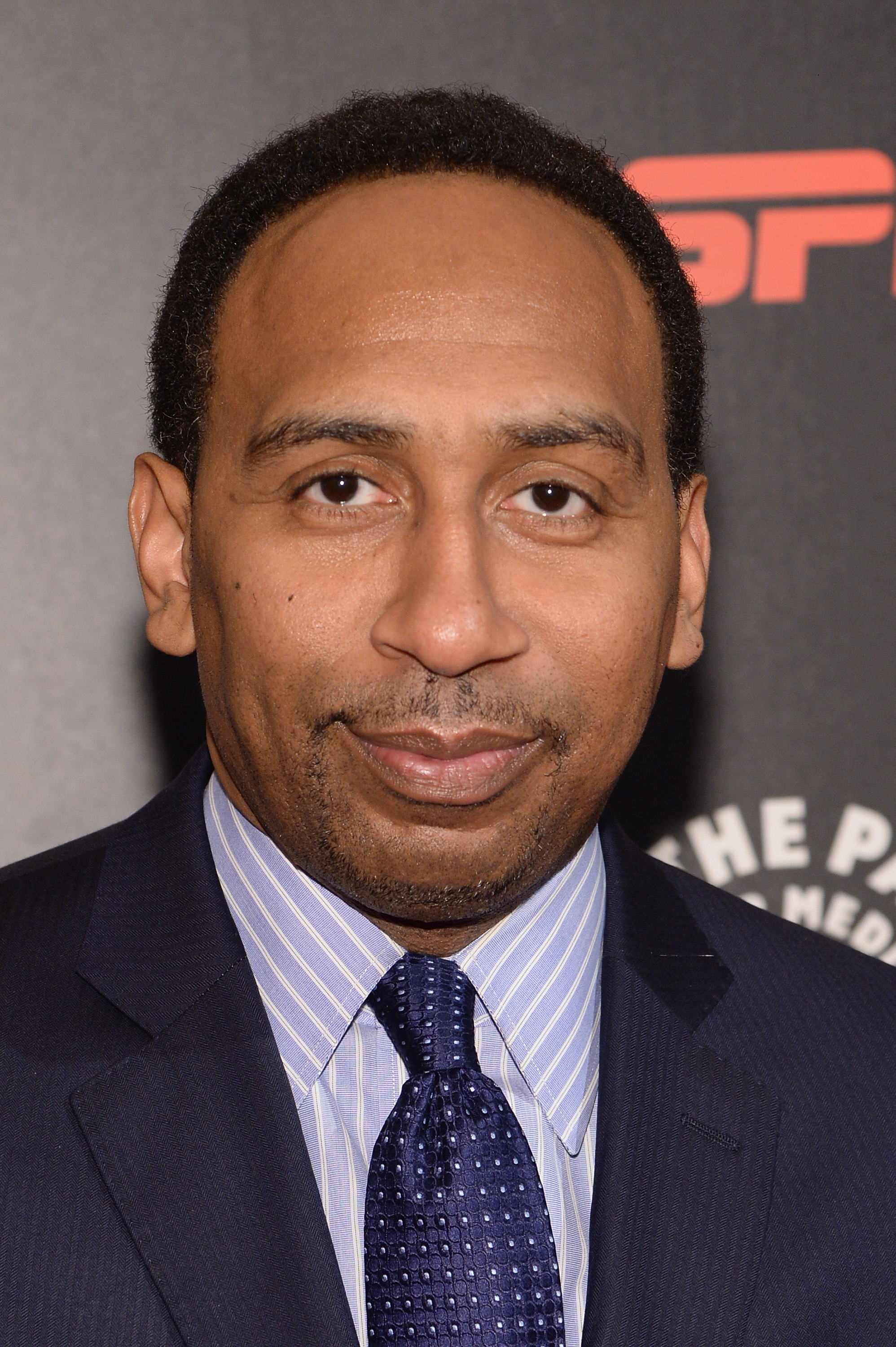 On a September episode of the Fox Sports debate show “Undisputed,” longtime pundit Skip Bayless swung and missed. Bayless questioned the leadership credentials of Dallas Cowboys star Dak Prescott after the quarterback had publicly discussed his ongoing mental health struggles brought on by COVID-19 and the recent death of his brother.

“I don’t have sympathy for him going public with, ‘I got depressed. I suffered depression early in COVID to the point where I couldn’t even go work out,’” Bayless lamented. “Look, he’s the quarterback of America’s Team.”

Obviously, it’s an absurd criticism, toxic masculinity at best and inhuman at worst. Bayless was rightly criticized by fellow commentators, and his comments were disowned by Fox Sports.

Bayless’ attack on Prescott was stunning, but it didn’t come as a surprise.

His ignorance is symptomatic of a broader issue in sports media. On popular sports debate shows like “Undisputed,” “Speak for Yourself,” and of course, “First Take,” pundits are encouraged to take controversial opinions and push the argument as far as it can go. Commentators like Colin Cowherd and Jim Rome don’t need an interlocutor to ramp up the discussion, getting heated just listening to the sounds of their own voices.

There’s nothing inherently wrong with fiery sports pundits. The stakes are relatively low. The issue is that when “hot takes” are such a dominant feature of the sports discourse, Bayless’ tirade becomes inevitable (especially when that sort of behavior earns you a new contract). Criticizing tactics and performance is less entertaining than casting judgements of a player’s character. Athletes routinely get called “soft,” “lazy,” or “weak,” They are accused of being bad teammates or poor influences on the group.

On occasion, analysis of this kind is helpful in explaining an outcome, but it’s usually posturing, borne out of ego and ignorance. Most mistakes on the field or court are pretty easily explained by poor technique or a misreading of the situation, not “choking.” Most players are just fine, not “garbage.”

“Hot takes” make for poor analysis. The bigger issue, though, is that they ruin the fun and dehumanize players. Athletes are generally young, often sensitive people who watch TV, listen to podcasts, and use social media. They can’t avoid the venom sent their way without totally disconnecting from the world. To call a player “a failure” is to render a judgement not on how they played a game, but on who they are. Talent and money get athletes a lot in their lives, but they don’t make abuse any less painful to receive or easier to shrug off.

Negativity hurts fans, too. I have a friend who is obsessive in his admiration of LeBron James. It’s strange, but wonderful in a way. I’ve never met anyone whose idol looms quite so large. But hot takes and the character assessments that come with them hurt my friend’s fan experience. LeBron losing or failing in any way is terrifying to him, because he’s so stressed about people trying to knock down his hero. He doesn’t mind if you question LeBron’s jump shot, but if LeBron’s having a bad run of games, that means his hero is suddenly talked about as a “fraud,” “shortcut taker,” or even just “washed up.” Those words cuts deep. My friend is twenty, for goodness’ sake. The character discussion must be horrible for kids.

Pundits who hurl this manufactured, commoditized rage wouldn’t be a major issue if they weren’t part of a broader culture of negativity and anger.

Fans have more direct access to athletes than ever before. It’s common on social media to see people abusing players or the coach of a team they support—people who bring them joy all the time. Mainstream sports media certainly isn’t fully to blame for this, but the popularity of the loudest voices is such that they play an outsized role in setting the tone and terms of debate about a player or team. The toxicity spreads. Empowered to doubt an athlete’s character, fans who are already inclined will turn to racist or misogynistic attacks, because that’s how they express and justify their anger. Again, “First Take” didn’t invent negativity towards athletes, but it hurts more than it helps.

Within certain limits, it’s okay to be passionate about sports, as long as love and hatred come from an honest place. But that’s the problem with these hot take merchants–everything is manufactured. It’s not actual fandom. No one actually cares about anything, but pundits take themselves incredibly seriously.

The ability to balance passion and sincerity is a redeeming quality of ESPN’s Stephen A. Smith. Smith is probably the most famous hot take merchant, but at least he clearly knows he’s an entertainer. He’s not there to genuinely judge people, but to have fun and make the audience laugh. I’ve seen a handful of clips of Smith ranting about the Dallas Cowboys while wearing a ten-gallon hat and smoking a cigar. It’s awesome. I can’t even tell if that dude likes the Cowboys or hates them, because he’s always both angry and gloating at the same time. He’s crazy, which is infinitely better than snarky.

That’s what sports opinion shows should be: fun. Players can be critiqued or mocked. It’s okay to have fun at their expense, but it’s got to come from a place of affection. Shows like “Pardon the Interruption” and “Around the Horn” have struck this balance for decades.

But when angry hot takes and the results that drive them are so central to the sports discourse, athletes are dehumanized.

Every time Arsenal defender Hector Bellerin posts about his passions outside of soccer–climate activism, photography, fashion–dozens of “fans” comment that he should play better, that he wouldn’t have made that mistake last week if he wasn’t so focused on designing sustainable clothes. There are always a few homophobic commenters, too, apparently using stereotypes of Bellerin’s interests to extrapolate and disparage his sexuality.

Obviously, Bellerin’s passions outside of soccer don’t hurt his performance, and he won’t change who he is anyway. Bellerin, like Prescott, is an exception that proves the rule. Most athletes suppress their personalities, and understandably so. All it takes is one game for any characteristic outside of the old-fashioned, masculine norm to be reinterpreted as “unfocused,” “uncompetitive,” or “not a winner.”

Sure, fans essentially pay athlete salaries, but we aren’t entitled to getting anything from them. They aren’t elected officials with responsibilities to us. They aren’t zoo animals there just to entertain us. Hot takes and the people who get on TV by spouting them too often obscure this truth, that athletes are really just people, undeserving of constant rage and judgment.

Sports aren’t just about results, anyway, so athletes shouldn’t be excoriated for failure. Marcus Smart might shoot 0–15 on a given night. The next day, maybe pundits call him “selfish” or “stupid.” But that misses the point entirely. I don’t care if he missed some shots. The dude speaks to my soul. I love him. That relationship gets lost in results-driven hot takes. Athletes should be appreciated, because they’re awesome and give us as fans so much.

For a lesson in positivity, look (where else?) to Twitter.

“The Riffs Man” is a Boston Celtics fan and influential Twitter personality (a must follow if you like Celtics center Robert Williams, Marxism, or Dadaism). Riffs is recognized as a founder of a surprisingly large, self-consciously absurd online community known as “Weird Celtics Twitter” (WCT). The WCT community centers on loving the Celtics and their players, and Riffs has become increasingly explicit about setting himself apart from mainstream media, fearing the destructiveness of constant negativity. I’m biased, but for all it’s real strangeness, niche nickname creations, and memes, WCT does fandom right.