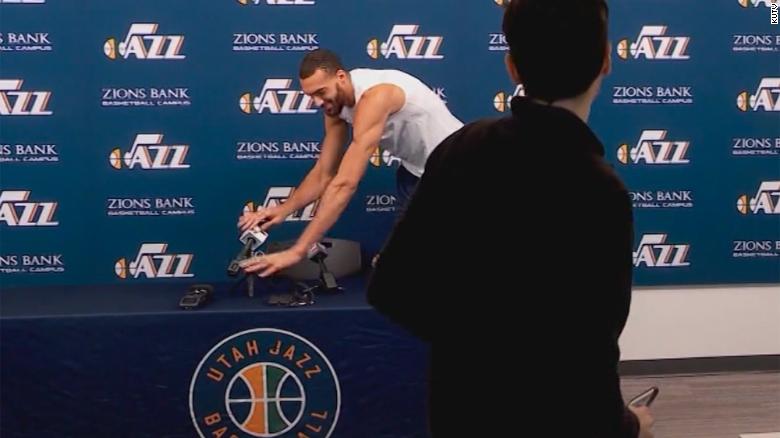 It’s been almost a year since the now infamous Rudy Gobert interview, and the world has yet to return to a place where live sports with full stadiums are safe. However, with the U.S. making progress on vaccine distribution, it may not be too long before we can all return to the stands again. The Argus sports staff took a moment to reflect on our favorite moments from watching sports throughout our lives.

May 8, 2004: My first Red Sox game made me fall in love with baseball. I had enjoyed tee ball so much that my dad got us tickets for a game in the now famous 2004 season. For four-year-old John, nothing was better than the Sox, even if the opponent was the lowly Royals. We sat on the first base side, and I got my first view of the most beautiful vista in sports, my favorite players jogging onto the field in the shadow of the green monster. The afternoon sun beat down on us as peddlers yelled out, “hot dogs here,” “popcorn,” and “get your programs!” The game finally got underway, and it wasn’t any contest. The Sox lay waste to the trash heap of the central division as Curt Schilling dealt a gem, backed by Pokey Reese’s two home runs (including an inside the parker). I still have the newspaper front page with the headline “Nice Pokes by Reese” framed in my room. But the truth is the Sox could’ve been blown out, and I would still have fallen head over heels for those goofy uniforms. There was an energy, a tension, a love throughout the stadium that will never be able to be captured in words. Years later, I smile thinking about this game.

On October 23, 2010, my dad took me and my brother to see the Phillies play the Giants in Game 6 of the National League Championship. We had bought the tickets before knowing if a Game 6 would be played, so we had followed the series with intense interest, with the Phillies heading into the game behind 2–3. Our seats were way up high, in the third deck of Citizens Bank Park on the first base side, and the stadium was as full as I’ve ever seen it in my life. The Phillies were playing well, and they were looking to clinch the NL Pennant for the third year in a row. The game hinged on a 3–2 count, bottom of the ninth inning at bat, with the Phillies down by one and the tying run on second. I remember the tension in the air and the entire stadium on their feet as we watched Philly superstar slugger Ryan Howard tap his bat on the corner of the plate and stare down Giants closer Brian Wilson. Wilson fired a low slider across the plate, and even from our seats way up in the stands, we could hear the umpire’s call of strike three as Howard watched the ball slip past him into Buster Posey’s glove. The Phillies would not be playing in the World Series rematch from the year prior against the Yankees. Their postseason was over.

Feb. 5 2017: the day I went with my family to see a Celtics game against the Clippers in TD Garden. I remember clutching my poster of Isaiah Thomas and wanting to yell some choice words at referees who clearly did not have the superior vision I had from all the way at the top of the stadium. I, like the rest of the crowd, alternated between cheering for the Celtics and for Paul Pierce, who was playing for the Clippers at the time. He had announced his retirement earlier in the season, making this game his final in Boston. As the game drew to a close, everyone acknowledging an eventual Celtics win, we started to chant Paul Pierce’s name. The air was cracking with our collective energy; Celtics cheerleaders and even Thomas encouraged us to demand Pierce’s re-appearance. He hadn’t played since the first few minutes of the game, and we wanted to give him the send-off he deserved. With 19 seconds on the clock, Paul Pierce returns to sink an uncontested three. 107–102, Celtics. The roaring of the crowd is a noise I don’t think I’ll ever forget. I still get goosebumps.

In June 2016, Lionel Messi came to Chicago. My brother and I were there to see it, along with some 50,000 others. Sure, it wasn’t just Messi—Argentina was playing Panama in the Copa America. But Messi was the main event. He was recovering from an injury, so we didn’t even know if he’d play. We just had to hope. Every time the mega screen showed him on the bench, the crowd went nuts: “Messi! Messi! Messi!” After a dull hour, Messi subbed on. 30 minutes later, he had a hat trick featuring a ludicrous free kick. Each goal pushed the crowd a bit further. By the third, people were hugging strangers and laughing with glee. A guy near us was crying and bowing down to Messi. I swear, sports do crazy shit to you. The admiration for this man is insane and infectious. He’s a rockstar, a small, average-looking, famously introverted rockstar. Or to put it the Argentine way, he’s an angel with a dirty face. I’ve never felt stadium-wide gratitude like I felt that day. We didn’t just want a good performance, we wanted a show, a memory. Messi came through for us. Sports should be shared. I got to share that night with thousands of people and, just as meaningfully, with one person: my big brother.

When thinking about my favorite live sports memories, the 2008 MLB All Star Game is one that will remain with me for the rest of my life. I was lucky enough to attend the game with my dad at the old Yankee Stadium during what was its final season, and it was quite the experience. First of all, during the pregame ceremonies, MLB brought out a large group of Hall of Famers onto the field along with the players to pay tribute to the fact that it was the final season of the ballpark. It was so neat to see so many living legends in person. After the fantastic opening ceremonies, the game got underway, and it was a great one, a back and forth affair between the NL and the AL that went 15 innings, with the AL winning 4–3 on a sacrifice fly. I was only eight, but my Dad let me stay for all 15 of those innings. When the game ended, he took one of my favorite sports-related pictures of me in front of the old iconic Yankee Stadium scoreboard, with the score in the background and the time reading 1:38 a.m. Overall, looking back on this after all these years, I am so grateful to have had the opportunity to have shared this experience with my dad during the short time I knew him, and it is a moment that I think of often, whenever I am thinking of him.

I was sitting in the backseat of my car driving home to Brooklyn from Massachusetts. 880 (the Yankees AM radio station) always had a lot of static until we got to at least Westchester, but this drive it seemed to be working a lot better. This Yankees game had some special significance, since A-Rod was sitting at 660 home runs, tied with Willie Mays. The Yankees were at bat, and for about five minutes the station completely went out, and all I could hear was loud crackling. I craned my head towards the front seat after a while, and then suddenly John Sterling’s voice rang out loud and clear: “THERE IT GOEEEEEESSSS… SEEEEEE YA.” A-Rod had passed Willie Mays for third on the all time home runs list.

My memory isn’t quite as good as the other Argus sportswriters here: I’m not sure I could remember anything before 2010 in a satisfactory level of detail. That being said, my favorite live sports memory has to be from the 2012 AFC championship game, with the New England Patriots facing off against the Baltimore Ravens for the right to advance to Super Bowl XLVI. My first ever professional football game, I was immediately met at the stadium entrance by an incredibly drunk man by the name of “Captain Patriot,” dressed entirely in blue spandex and a red cape. From there, it’s fairly blurry until the game itself, a tight one which left me and my dad nearly apoplectic with anxiety. I distinctly remember a rage no 13-year old should ever have to experience. This fury was directed at the officials, who gifted Ravens quarterback Joe Flacco 20-yard pass interference penalties like candy on Halloween. Eventually, with just under two minutes left and the Patriots leading 23–20, the Ravens were able to drive to the Red Zone. All Baltimore kicker Billy Cundiff had to do to send the game to overtime was to knock an easy 32-yard field goal through the uprights. Standing on my chair (I was 4’11’’ in middle school), with my neck wrenched all the way to the side to try and get a glimpse of the field goal attempt, I watched as Cundiff hooked the kick wide left, with the ball not even coming close to touching the upright. The entire stadium erupted, with Cundiff’s failure pushing the Patriots forward to the Super Bowl; it was quite possibly the loudest, most chaotic scene I’ve ever been a part of. I went home that night elated, my heart full of gratitude for Cundiff and appreciation for Foxboro, Massachusetts’ resident superhero (I’m of course referring to Captain Patriot).