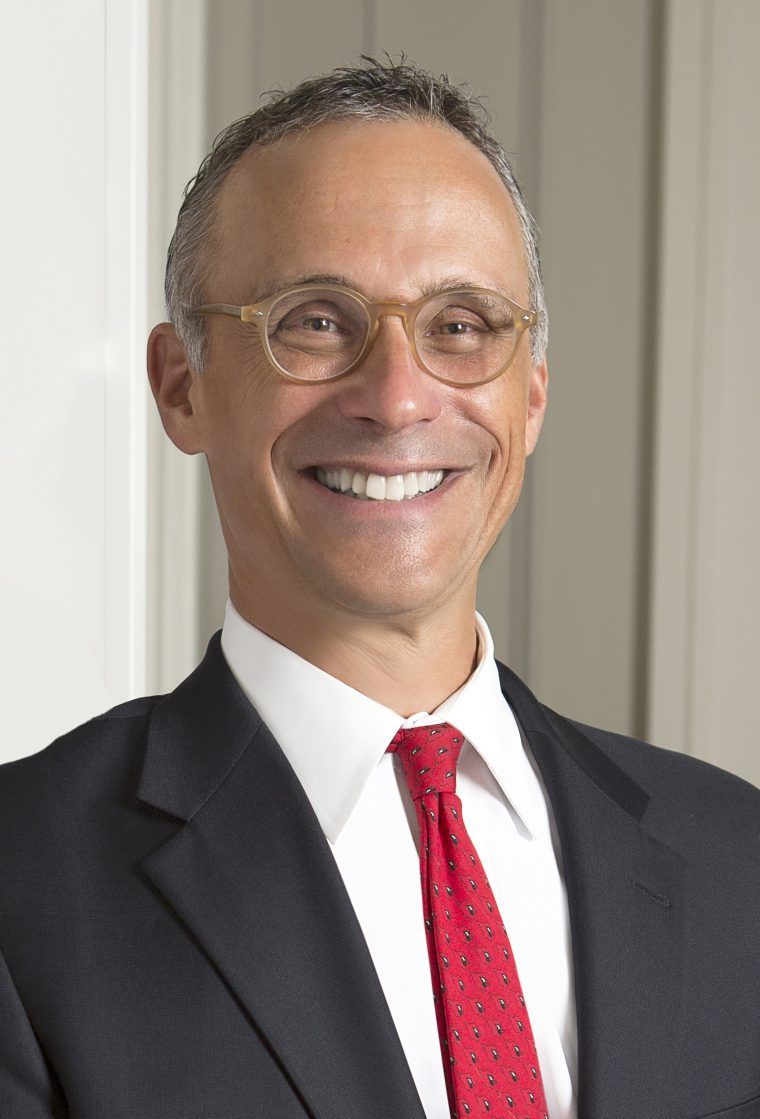 President Michael Roth ’78 attended the Wesleyan Student Assembly (WSA) meeting on Sunday, Feb. 28 to give an update on the February Board of Trustees meeting and to answer questions from students. Roth spoke about vaccinations, community support for Middletown, and the Office of Residential and Spiritual Life (ORSL), in addition to other topics.

Roth began by giving a brief summary of the Board of Trustees meeting. According to Roth, the Campus Affairs Committee discussed COVID-19 precautions, efforts toward equity and inclusion, and a report from the WSA. Additionally, the Campus Affairs Committee was introduced to the new Dean for Academic Equity, Inclusion, and Success April Ruiz at the meeting.

The Finance Committee talked about the tuition and fees for the next academic year. The committee plans to equalize the Residential Comprehensive Fees (RCF) for all students. Additionally, the committee passed a resolution to start construction on the Public Affairs Center (PAC) over the summer. The project is estimated to cost $56.4 million and take three years to complete. The committee also discussed a new formula for calculating financial aid for next year’s incoming students, reducing the expected family contribution for families with earnings of about $100,000 dollars. The committee also hopes to expand the number of students who receive a financial aid package with no loans.

Media and Public Relations discussed the recent admission cycle, in which the University received fewer early decision applicants than in years past. Roth attributed this to an increasing number of schools, particularly those in the Ivy League, becoming test-optional. However, when taking into account regular decision applicants as well, the University saw an overall increase in applications this year.

Additionally, Communications and Advancement shared a video about the fundraising campaign and fundraising goals going forward. Next, three professors, one from each academic division (Arts and Humanities, Social Sciences, Natural Sciences and Mathematics), presented to the Board about accommodating their classes for hybrid or online learning. Another presentation came from the architects of the new life sciences building. Lastly, Roth mentioned strategic planning and raised the idea of returning to the WSA to have a discussion with senators about the future of the University.

The meeting then opened up for questions.

Roth answered that once the hiring freeze is over, he plans to hire a new assistant director for the Resource Center and that the budget was increasing from $150,000 to $250,000.

Nigel Hayes ’23 asked for updates regarding the COVID-19 vaccine rollout and how vaccine availability will affect students’ ability to stay on campus over the summer.

“The current trajectory is that vaccines should be made available for the age group of most of our students, let’s say late April, even if it’s early May, and we want to do everything we can to facilitate students getting vaccines when it’s appropriate for their age group,” Roth said.

Roth mentioned the University’s relationship with the Community Health Center, which runs a vaccination site on Vine St., and said his goal is to vaccinate as many students as possible prior to the end of the Spring 2021 semester. Looking forward, he said he expects everyone to be vaccinated for the fall.

Later in the meeting. Anton Lulgjuraj ’24 asked if the University plans to pay for the cost of administering vaccines. Roth mentioned that although the vaccines do not cost anything, the University will work with any student who may have access to them.

George Fuss ’21 asked why the WSA did not get a serious response to Resolution 10.41 from last year to enhance the powers of the Committee on Investor Responsibility (CIR).

Roth responded that only the Investment Committee has access to that information, which is proprietary as the University hires managers rather than investing directly in stocks. Roth said he feels the CIR had access to the information it needed to express its point of view. Roth also said he doesn’t typically respond to WSA resolutions, and if the senators would like him to do so, or come to meetings to discuss certain issues, he would be open to bringing that up.

“If you want particular resolutions, be they about athletes or Israel—just to take two topics that come up—I mean, you can let me know, and I’d be happy to come in and talk to you about that,” Roth said.

“No, we have no plans to donate to churches or mosques or synagogues in town, nor have they asked us to,” Roth said. “But we wouldn’t typically do that, and my impression from Dean Mike [Whaley] is that these organizations don’t see the participation of Middletown residents who live at Wesleyan as somehow a burden they don’t want.”

Roth added that Dean Whaley is working with a group to develop a plan to provide interfaith support and education through the ORSL.

Emily McEvoy ’22 brought up the Middletown Community Fund and shared an Argus letter to the editor written by the Wesleyan Democratic Socialists. McEvoy mentioned that the University has had a good year for fundraising and assets and spoke to using Yale’s Community Fund as a basis for what a University Community Fund could look like.

McEvoy explained that out of the 550 individual donors to the Middletown Mutual Aid (MMA), in Our Backyards (ioby) profile, about 120 were registered to University emails.

“So I’m just thinking about how we could build on this donation moment…to extend it to the alumni and parents who are wealthier and do have the hands on more money to donate,” McEvoy said.

“Because people give the money to Wesleyan, I’m reluctant to re-donate it to another organization, but I’m not reluctant to—well, I’m not as reluctant to ask a donor to give the money to another organization,” Roth said. “I’m trying to raise money for financial aid. So [say] I’m talking to ‘Jane,’ and ‘Jane’ wants to give $1,000 to Wesleyan for a scholarship. I could say ‘Why don’t you give 900 to us for a scholarship and 100 to mutual aid, or the community fund.’ But, some donors—sometimes they’ll say ‘I’ll goose it up a bit and give some to the community fund’ but it’s not as if we have enough money for financial aid.”

Roth added that, in partnership with United Way, the University encourages donations from employees. He raised the idea of supporting the community fund through a similar model. Although he mentioned that the University does not have the financial flexibility or endowment of Yale, Roth noted that he’s interested and happy to support the fund personally, and to find other ways for individuals to support it.

“As someone who is a financial aid recipient and very grateful for your efforts in fundraising for financial aid students at Wesleyan, I do think a lot of Middletown Mutual Aid work and a lot of the donations that go in come from marginalized students and students who are aware of the importance of giving back,” Baez said. “I understand where you’re coming from, like as someone who wants to get as much donations for a specific cause, it doesn’t make sense to divide the efforts or the money coming into Wes, but…when trying to reshape the Wesleyan legacy and the way that we appear to other institutions or our reputation, we should embody a community that gives back. I think we also have to acknowledge the drastic poverty that exists in Middletown and how we as a wealthy institution could advocate for community support.”

Next, Elizabeth Ouanemalay ’23 wondered if there had been any discussion of expanding funding for FGLI programs like Wesleyan Mathematics and Science Scholars Program (WesMaSS) or First Things First (FTF), which have limited spaces for students.

Roth said he thought that it was an important issue, and that the University is planning an increase in funding for WesMaSS because of its significant impact for the students involved. Roth said there was less evidence that the FTF program does anything in terms of academic performance, retention, or satisfaction. He also emphasized that he is interested in supporting programs that seem to make a large difference for FGLI students and underrepresented groups.

“I just want to make sure that we’re not investing to make ourselves feel better about investing—we’re investing in them because they have an impact,” Roth said.

Elena Brennan ’24 then brought up issues work-study students have been facing during this academic year.

“Recently, members of the Student Life Committee (SLC), as well as the Equity and Inclusion Committee (EIC), met with the Office of Student Employment to talk about the work-study situation on campus this semester,” Brennan said. “They admitted that prior to this year, there was no data about how many students were employed versus could have been employed because they were offered work-study by the University. And that’s a little concerning, and they also admitted that the current situation with COVID has illuminated a lot of blind spots within the department that they weren’t aware of. But they did express a commitment to improving the work-study situation moving forward. And so I was wondering if you could speak as to why there hadn’t been any data collected or conversations about how accessible work-study was for students prior to COVID and also possibly expand upon the commitment to improve the work-study situation moving forward.”

Roth responded that there was a delta—a difference between the work-study hours a student is eligible for and the ones they actually do work—and they don’t necessarily know why. Roth then said the Gordon Career Center is working to create more jobs for work-study students across academic fields and offices to replace jobs lost to COVID-19, as well as to understand why students don’t take the jobs they’re eligible for.

Fuss followed up on his earlier question and asked if the administration would be open to having a CIR member present at Investment Committee meetings going forward.

Roth answered no, but that the CIR could come to an Investment Committee meeting in the future and make arguments to the committee about what they would like to see going forward.

“When mentioning financial aid, are you referring to expanding the definition of what each student needs and allocating more financial resources to the present number of students, or using the current standard of need to admit more students who require financial aid?” Rodriguez Castillo asked.

Roth said this topic was a subject of debate, and he landed on the side of supporting more students on campus (rather than giving existing students more money). Roth mentioned adjustments to the financial aid formula and discussed the importance of having students on campus with shared experiences.

“We look carefully at graduation rates, grades, grades versus the predicted grades, all these kinds of things that to see not if we’ve answered every need—because of course people define needs differently—but whether there is some evidence that we’re helping people do well at Wesleyan, as well as other people who won’t have the same financial needs,” Roth said.