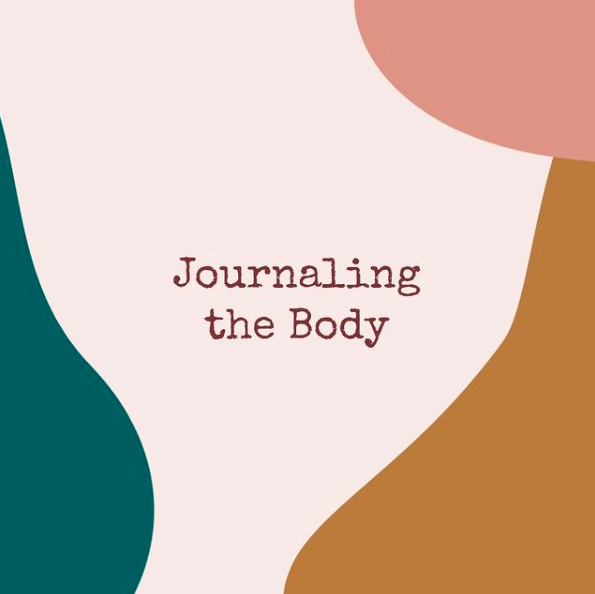 In our era of social isolation, Instagram has become more important than ever as an avenue to connect with others and talk about the issues we care about. Several accounts have turned the concept of Instagram on its head by promoting realness and honesty, rejecting the curated content that largely shapes the app. Take a look at Instagram these days and you’ll see the usual: highly-edited photos of models promoting unrealistic body standards, slideshows detailing the latest fad diet, and videos titled “What I Eat in a Day.” But scroll a little further, and you’ll probably see accounts that are taking an opposite approach by actively rejecting the toxic frameworks reinforced by social media. These accounts promote intuitive eating, post anonymous stories about people’s relationships with their bodies, and share educational infographics about concepts like fatphobia and body neutrality. Luckily, these educational accounts are gaining more and more popularity, appearing more often than the more harmful content on many people’s feeds.

One such account is @journalingthebody, which was created by three Wesleyan students, Anna Marti ’22, Gabrielle Baba-Conn ’22, and Zanny Weinreb ’22. The account publishes stories from named and anonymous contributors about their relationships with their bodies. The “journaling” aspect of the name is meant to emphasize that submitting a post should be like writing in a journal: your grammar, sentence structure, and punctuation don’t have to be perfect. What matters more is the act of writing your story to get your feelings out and share them with others.

The account had been a long time coming. Marti had long struggled with disordered eating and body image issues, but until coming to Wesleyan, she never felt like she had a place to talk about her experience. When she tried to bring it up at home or with her high school friends, she said her disordered thoughts were often reaffirmed as the “right” way to feel. At Wesleyan, though, she started having honest conversations with people she met. Over time, Marti realized that she wasn’t alone in her struggles and that other people were healing and getting help.

“I sought out people to talk to, and I sought out testimonies,” Marti said. “Whether that was on podcasts or social media or through friends, something that really helped me was finding people who talked about body stuff and food stuff and normalized that.”

Connecting with others, hearing their stories, and sharing her own stories inspired Marti to create a space where these productive conversations could occur. At the beginning of her sophomore year, she got a meal with Baba-Conn, who has also struggled in the past with an eating disorder and has been on a healing trajectory throughout college. As the two exchanged their stories, they began to brainstorm ways they could use their experiences to build a platform for others.

Meanwhile, Weinreb had been observing the social media activism that was unfolding during the summer of 2020, including the accounts dedicated to sharing the stories of Wesleyan students. These included @blackatwesleyan_u in which Black students can share about their experiences on-and-off-campus, and @wesleyansurvivors in which survivors of sexual assault can share stories anonymously. Weinreb liked the way such accounts centered real voices. Although she had made an effort to fill her own feed with body-positive messaging, she realized that most of the posts she saw still featured conventionally attractive people with carefully curated accounts. The accounts that featured individual voices, like @wesleyansurvivors and @blackatwesleyan_u, resonated with her more, inspiring her to think about ways she could create something similar. She talked to Baba-Conn, who connected her with Marti, and the three of them got to work.

In September 2020, they launched the Instagram account, which mainly features personal stories that followers have submitted about experiences or thoughts they’ve had surrounding their bodies. As three white women from privileged backgrounds, the founders felt that they did not want to center their own voices, so the account is focused on uplifting other perspectives while still being grounded in their personal values.

“We wanted to provide a public and collective [journal,]” Marti said. “A place for people to just process and share without having to worry about perfecting something or putting out a specific image.”

The account also periodically re-shares posts from other accounts that they believe their followers will find useful.

“We sprinkle in posts other Instagram accounts [have] provided that we think are important messages that we want to share,” Baba-Conn said. “Or, if there’s a term used in one of our latest posts, we find a good description of it to [share,] so that people can come to this place and not just get stories, but also get good messages and learn.”

While most of the posts are centered around eating disorder recovery, the account is open to all submissions revolving around individuals’ relationships to their bodies, especially submissions that center the intersection of race, gender, ability, and sexuality. The founders emphasized how different identities experience their bodies in vastly diverse and complicated ways, and the account is committed to featuring all types of experiences.

Marti said that one of the submissions that stuck out to her the most was from someone who suffered from vaginismus, a common condition that causes vaginal muscle spasms, which makes the experience of sexual intercourse painful or impossible.

“Having that story was really cool, because it broke up the eating disorder narrative. I’m so happy we have a space for that, but it’s also [important] to shed light on these other things that aren’t talked about and to normalize them,” said Marti.

Marti, Baba-Conn, and Weinreb were also inspired to start the account because of disordered eating at Wesleyan, which they’ve always noticed as a prevalent problem.

“It’s honestly absurd how many people on this campus struggle with body image, eating, disordered eating, exercise, all of that,” added Baba-Conn. “And we all just go to Usdan and pretend nothing’s happening. And when you start to talk about it, you’re like, oh wait, you too? Oh, me too.”

Weinreb also added that she thinks the pressure to conform to a certain “aesthetic” at Wesleyan also perpetuates harmful body expectations.

“At Wesleyan specifically, I’ve noticed that people are really into their aesthetic or their look, and they want to create this image for themselves,” she said. “And I think that is commonly one that is very, very thin.”

Marti said that she thinks the intense academic culture at Wesleyan contributes to striving for perfectionism and control, which are qualities that are often associated with disordered eating. She cited her own experience as both a meticulous student and a competitive dancer, saying that her perfectionistic goals were tied to her body-image and eating issues.

“I used food to both let go and control myself,” she said. “I think it aligned very much with how much effort and energy and perfectionism that I put into my schoolwork. I think that makes total sense, in a place like [Wesleyan], that kind of mindset, the all or nothing kind of thing.”

All three of the account’s founders agreed that they want to take their passion for these issues further in their lives. They agreed that no matter where their career paths lead them, they will find a way to center this work beyond Wesleyan. Weinreb, who wants to go into medicine, knows that these issues will be important in her future.

“There’s so much fatphobia and racism against Black bodies that happens in medicine,” Weinreb said. “It’s so important to go into your job with the goal of not only not perpetuating, but actively working against those things.”

Marti said that if she becomes a parent, she is going to try hard to demonstrate body-positive or body-neutral talk with her child.

“I really want to be a positive influence in that way,” she said, “Because I know it can go a long way to have an adult in your life who’s going against diet culture in that way. Having someone in your life who is openly loving their body is going to lead you.”

The founders hope that followers will find their account to be a positive and encouraging community and a safe space online for people to express themselves.

“I don’t think there’s a lot of spaces where you can just talk freely about these things and receive nothing but unconditional support and love and people who feel similarly,” Marti said. “Just looking through some of the comments, it’s a supportive environment. And even though it’s online, there’s still a sense of community there.”

The group plans to collaborate with another group focused on similar issues, the Rebel Eaters Club.

“These stories are ever-changing,” said Baba-Conn. “With the journaling aspect, it’s really not something that’s set in stone. You can journal and publish something when you’re in a bad place, and that’s totally fine.”

Weinreb emphasized that no matter a person’s identity, everyone’s body is important and significant to them, and the account is about encouraging and nourishing that relationship.

“The goal of the account is just to show people that their relationships with their body, whether it be their weight or their skin color, or their ability, or their gender, or sexuality, is a relationship that we all need to nurture and work on,” she said.

Note: @journalingthebody is accepting submissions. You can find a link to submit your story here or in their Instagram bio, or you can reach out to Marti (amarti@wesleyan.edu), Baba-Conn (gbabaconn@wesleyan.edu), or Weinreb (zweinreb@wesleyan.edu) individually.