In the Beginning Was Baseball: The Sports Life of Professor Ron Cameron 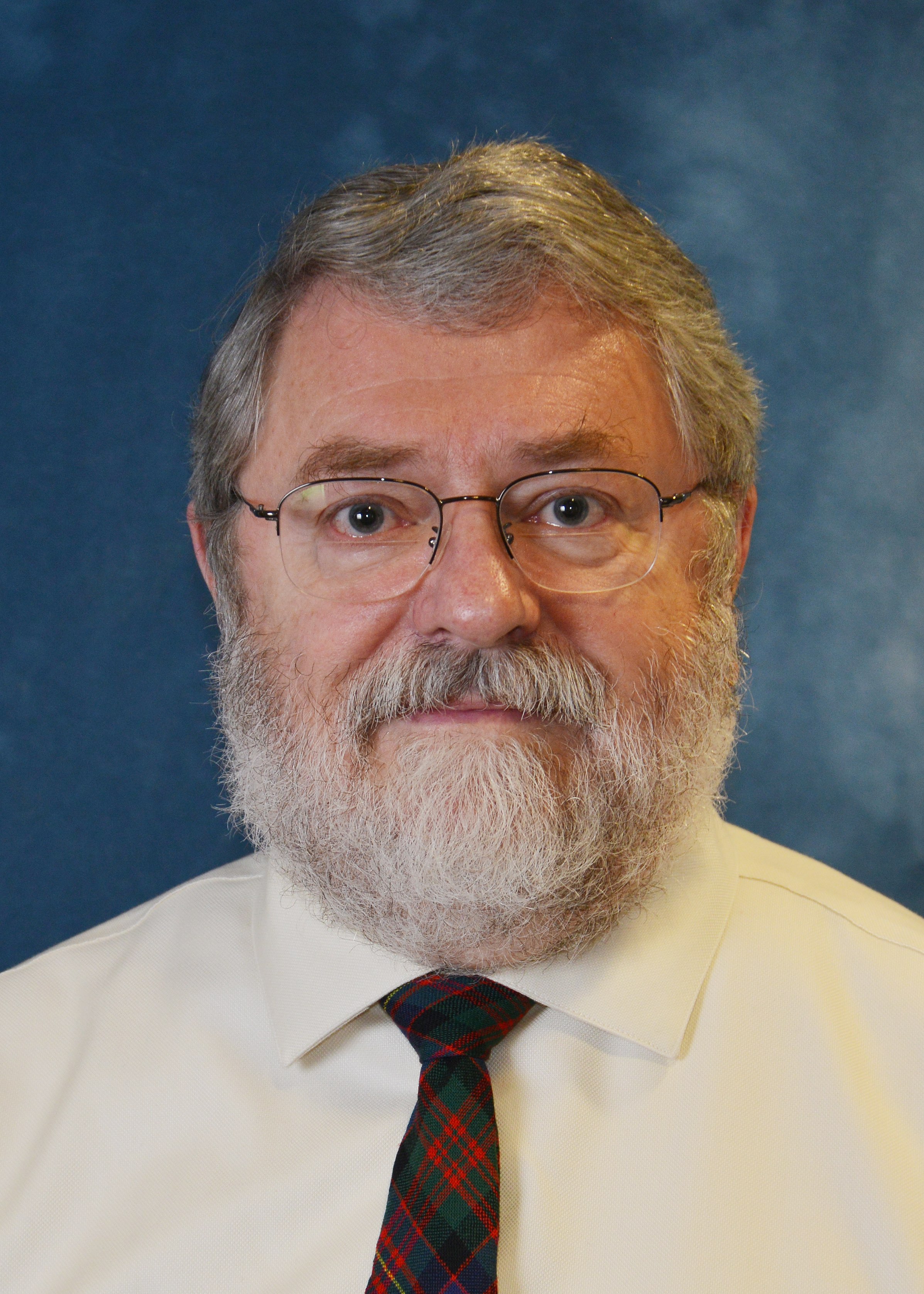 Often at a young age, fans pick one or two sports to follow. Something about the game speaks to them, and these emerging fans find a new place for themselves on the field or in the stadium. Somewhere along the way, Professor Ron Cameron MAA ’96 of Wesleyan’s Religion Department, decided he would spend countless days consumed by one game: baseball.

It all began on Colorado’s Western Slope, where a young Cameron fell in love with the sport. He began throwing the ball around with friends and soon joined a team. A precocious hitter by local standards, he even got his name in the paper.

“I had never heard of Yogi Berra, the great Yankee catcher,” Cameron said. “They called me ‘Yogi’ ‘cause I hit 30 home runs. They were probably not home runs. I probably hit the ball that went through the third baseman’s legs and through the left fielder’s legs and I just ran around the bases, but I did that 30 times.”

Like many of us, Cameron’s talent in childhood only took him so far, and he stopped playing in high school. Recreational softball proved impossible when he got bifocals, which made the ball impossible to track in the air. But his passion for the game remained. Cameron first followed the San Francisco Giants. In 1975, he arrived at Harvard Divinity School, and he has been a Red Sox fan ever since.

Cameron was fortunate to see Hall of Fame pitcher Bob Gibson grace the rubber at his first ever visit to a ballpark.

“The first major league game I ever saw was in May of 1971,” Cameron recounted. “I remember vividly. Bob Gibson pitched. I remember the score, I remember where I sat. I remember the first game I went to Fenway was in June ’73, out in the bleachers that used to be–that’s when they had no backs–out in right center field. I got sunburned because I was stupid. The Red Sox were just beginning to get interesting. It only cost 75 cents or a dollar and a quarter. We played the Oakland Athletics. We lost 12–1 and it wasn’t that close.”

Over 45 years later, Cameron’s memory of the game is astonishing. Throughout our conversation, Cameron recalled so many special memories of his time at the park: from seeing Ichiro leg out a triple, to watching Greg Maddux dot the corners in Saint Louis. If baseball is a national nostalgia for America, Cameron feels it harder than most.

As it did for all Red Sox fans, life changed for Cameron in 2004 when the Sox won their first World Series in eighty-six years and broke the legendary Curse of the Bambino. The path to get there was hard.

Down 3–0 in a seven-game series to the Yankees in the penultimate round, nothing short of a miracle was required. Cameron stepped in, intervening with the baseball gods on behalf of Sox fans.

“I watched the first two games and we’re losing and so I figured, maybe I oughta quit watching baseball on TV and [listen] on the radio,” Cameron explained. “Then I [listen to] game four, and we win. You don’t mess with a winning streak, and I’m not superstitious, but I was desperate.”

He listened to the rest of the playoffs on the radio, only watching the games a couple of years later. Throughout the World Series itself, Cameron pulled out a foul ball he caught in 1975.

Despite the Red Sox win being potential evidence of his baseball’s supernatural powers, Cameron still doesn’t believe that his actions had any effect on the game.

In 2003, Cameron had cried after watching Yankees star Aaron Boone hit a soul-crushing walk-off home run in Game Seven of the American League Championship Series off Sox hero Tim Wakefield. Now just a year later, he cried again, this time of joy. After an eighty-six-year wait, the trophy was returning to Fenway.

For a scholar of early Christianity, it was only fitting that Cameron thought of Simeon, a figure in the Bible’s Gospel of Luke. Simeon holds the baby Jesus and speaks to God. He is now ready to depart the Earth, having now seen the fulfillment of a prophecy he had received as a young man. Cameron is no Simeon and a World Series is no Jesus, but a prophecy, a dream, had certainly been fulfilled. With what one can only imagine was a twinkle in his eye, Cameron recited an amended version of the Gospel.

“Now Lord you can let your servant Ron Cameron depart in peace,” Cameron said. “Mine eyes have seen thy salvation…A light for revelation to the Gentiles and glory for Red Sox nation.”

Beyond personal fandom, Cameron (like so many other fans) engages in the age-old debate of who deserves a coveted spot in baseball’s highest office, the Hall of Fame. Roger Clemens is one of those names who, while undeniably great, has been tied to the use of steroids.

“I’d put Roger Clemens in the Hall of Fame because he deserved it,” Cameron determined. “He’s not the smartest Texan. On the other hand, I don’t want him to marry my sister, I want him to pitch.”

Cameron shared similar sentiments about another one of the most notoriously unapologetic steroid users, Barry Bonds.

Acknowledging the faults of our heroes—not that Cameron would call Bonds a hero—while still appreciating their greatness is part of what makes baseball so exciting. You become attached to the players on your team, you might even think of them as athletic gods, but in the end, they are flawed people just like everyone else.

Recently, much of the conversation surrounding baseball has focused on the sabermetrics movement. Players are striking out and hitting long balls at an unprecedented rate. Unprompted, while describing his love for the game, Cameron expressed his frustration with how the use of stats has changed the game.

“I remember baseball,” Cameron noted. “It gives me great pleasure. It’s a beautiful game, almost perfect, though if they quit striking out so much and trying to hit home runs it’d be a lot better.”

In many ways he’s right: you can love something and still see its faults. However, for the modern baseball fan, they are becoming increasingly more glaring.

“Having shorter games, that are crisper, that’s better, but it’s hard to arrange that,” Professor Cameron explained. “You are supposed to win so understandably every team including my team is doing what they can to win.”

This is exactly what has taken place as modern analytics have come to dominate general managers’ offices. Cameron looked to the past for a possible solution.

“Conceivably they could raise the mound again, they lowered it after ’68, [by] six inches.”

Expanding on the issue of the new one-dimensional home run hitting machine that baseball players have turned into, Cameron was disappointed.

“It’s not like football where the guard blocks and pulls, it’s baseball, you’ve got to be able to do more than one thing.”

Unfortunately, all too often the “one thing” has become players swinging as hard as they can to make an exciting home run every 20 at-bats, leaving the audience without action for the other 19. Cameron used the example of Rob Deer from baseball’s past, this time the 90s to describe these types of players.

“Rob Deer is all or nothing, and he was a lot of nothing,” Cameron remarked.

Despite these very real challenges that face the game, at his core, Cameron is still a huge fan.

“Sometimes games are boring, but that doesn’t matter. Sometimes days of the week are boring, what the hell, but it’s just beautiful.”

“It’s aesthetic, it’s beautiful, almost perfect,” Cameron said. “And the dimensions–there’s no time. Theoretically, if you don’t make three outs, and you keep hitting, you can live forever.”

<<Correction: A previous version of this article said that the first game Cameron saw live was at Fenway Park. This was not his first game, and the article had been updated.

<< Correction: A previous version of this article said that Professor Cameron had a MAA’77. This is inaccurate, and the article has been updated.