D.C. Statehood is More Likely Now Than Ever, and You Can Help 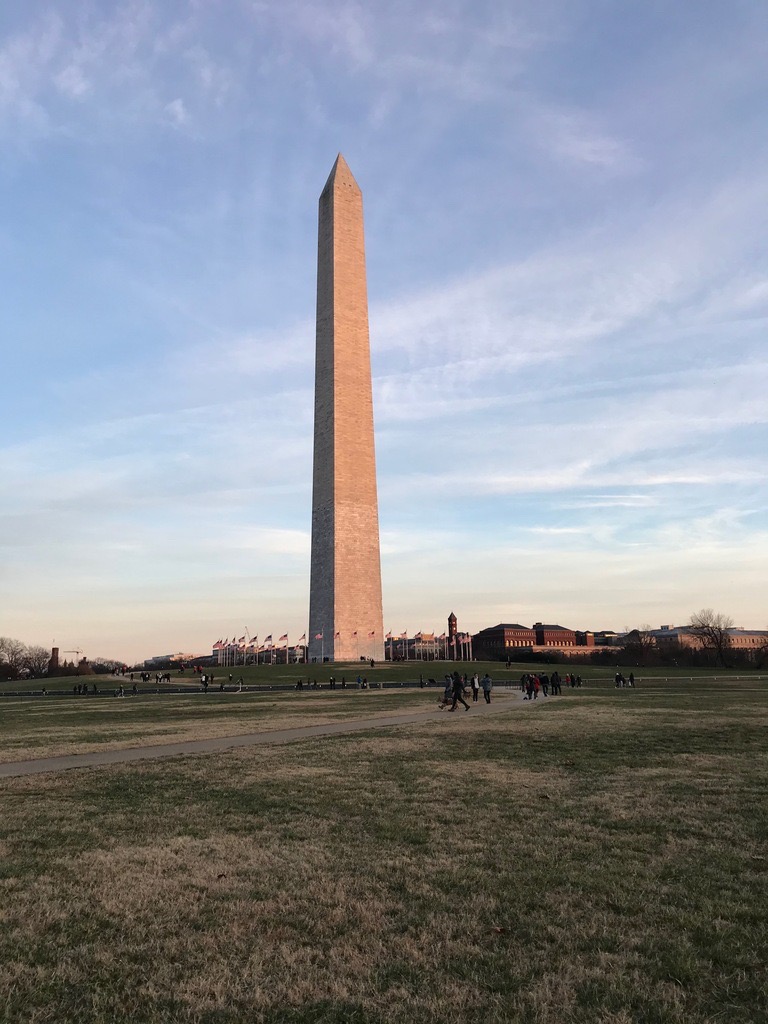 For many Wesleyan students, Washington D.C. is just a place that they visit on their 8th-grade trip, or the backdrop of beloved alumni Bradley Whitford’s ’81 TV show, “The West Wing.” But to me and 700,000 people, some of whom also attend Wesleyan, D.C. is more than just a tourist destination or TV show setting: it’s a place we call home.

Over the summer I wrote an article for Study Breaks about how D.C. statehood is a racial justice issue. I laid out D.C.’s unique situation, discussing how D.C. residents pay state-like taxes but lack voting representation in Congress—“Taxation without representation” is practically a D.C. native’s first words. I explained how the district is governed by “Home Rule” and noted how the president appoints the District’s judges. I also brought up the arguments against statehood: that it would tip the balance to favor the Democrats in Congress, would go against what is in the Constitution. I also noted that much of the anti-statehood movement is fueled by white supremacy, due to D.C.’s history as a predominantly-Black city.

While everything that I laid out in the article still rings true, I wrote the piece at a time when the future for statehood seemed bleak. The House of Representatives had just approved the Washington D.C. Admission Act (H.R. 51), but there was no way that the Republican-controlled Senate or Trump White House would approve it. The past six months have seen changes that make statehood more likely than ever, and it’s a window that won’t be open forever.

The obvious reason for this push towards statehood is the election of Joe Biden and Kamala Harris. Both Biden and Harris support the statehood movement. Not to mention, Georgia’s runoff election in January allowed Democrats to take back the Senate. But another event, which occurred not a day after the Ossoff and Warnock victory, has ignited the D.C. statehood movement like never before: the Capitol Insurrection.

The events that unfolded on Jan. 6 are a great argument for D.C. statehood. As it became apparent that violence would unfold, D.C. Mayor Muriel Bowser attempted to call in the National Guard for support. The problem? Because D.C. is not a state, the federal government must approve requests to bring in the National Guard. Residents watched as D.C, a city notorious for its high security, stood helpless. If D.C. was a state, this wouldn’t have been the case.

The neighboring states of Maryland and Virginia sent in their troops, and the government eventually approved the request for D.C. National Guard. However, the damage had been done.  In the days that followed, it was Black D.C. essential workers who had to clean up the mess that white supremacy had made, in a building where they don’t even have real representation. Residents, myself included, worried how the maskless mob would affect the city’s COVID-19 numbers—it wouldn’t be the first time that a Trump-approved event led to a spike in infection rates. Although it looks like the insurrection did not cause a surge in COVID-cases, the enhanced National Guard presence, as well as the fence that surrounds the Capitol’s perimeter, serve as enduring reminders of the day’s events.

Because of the election and the insurrection, D.C. statehood is being talked—and written—about more than ever. The Atlantic, The Washington Post, The New York Times, and more news outlets have published in-depth articles calling for statehood. D.C’s local alt-weekly, The Washington City Paper, has released a comprehensive list of 51 reasons to support the cause. D.C. statehood has even gained some well-known supporters, including Christian Cooper. Cooper, a Black birdwatcher who gained attention after Amy Cooper called the police on him in Central Park in an act of racial profiling, is now channeling his fame and energy into the statehood movement.

It’s the perfect time for activists and Congress to act. On Jan. 27, Senate Democrats reintroduced the D.C. Statehood bill. In order for the bill to pass the filibuster, Democrats would require a 60-member supermajority. That’s no easy task. Not only would all Senate Democrats have to support the bill—and not all do—but GOP members would have to cross party lines. The way to make statehood a reality would be to abolish the filibuster, and in order to do so, there would have to be a simple majority vote; that is, 50 senators would have to sign off on it. And yet certain Democrats stand in the way: both Joe Manchin (D-WV) and Krysten Sinema (D-AR) have vocalized their opposition to the movement.

The path to statehood has never been easy, and while it’s easier now, there’s still work to be done. On March 11, The House Committee on Oversight and Reform will hold a hearing for the D.C. statehood bill. There are currently eleven senators who haven’t officially co-sponsored the D.C. Statehood bill, including Wesleyan’s own John Hickenlooper  ’81, who holds a senate seat in Colorado. If your senator is listed or hasn’t released a position on statehood, ask them to do so. The campaign coalition 51 for 51 has many ways to get involved. Statehood.dc.gov and DC Statehood Coalition provide templates for contacting your representatives. And hopefully one day, D.C. residents can get their own.