“The Within and The Without”: Activist Ruby Sales Speaks at Martin Luther King Jr. Commemoration 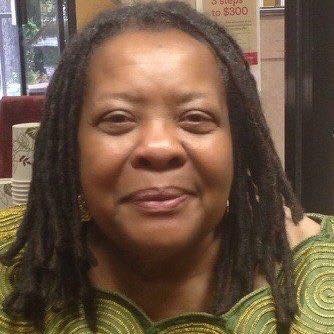 The annual Dr. Martin Luther King Jr. (MLK) Commemoration was held virtually over Zoom. This event was co-sponsored by the Resource Center, Office for Equity and Inclusion, Department of African-American Studies and the Center for African-American Studies, Fries Center for Global Studies, Shapiro Writing Center, and the University Library. The event featured keynote speaker Ruby Sales, an activist, writer, public theologian, and social critic who gained recognition as a young activist and member of the Student Nonviolent Coordinating Committee (SNCC) during the 1960s.

Resource Center Director Demetrius Colvin began the commemoration by sharing a few words about spirituality and singing “Ain’t Gonna Let Nobody Turn Me Around,” a protest song from the Civil Rights Movement.

“It’s in my family’s history to keep pressing, to keep moving, to not let what’s in front of me, be what it’s always going to be,” Colvin said. “I think that was such an important thing I needed to be reminded of, especially this past year.”

Following Colvin, Vice President for Equity and Inclusion Alison Williams ’81 discussed the importance of community and the legacy of King Jr. on campus.

“We all live in this great house together, regardless of our identity, where we are born, our religion, our faith, because the world is very small and somehow we have to live with each other in peace,” Alison Williams said. “Everybody ha[s] to take part in the fight for social justice and economic justice…This is a call for us all to get up and do work on ourselves and to become as inclusive and equitable as possible.”

After Alison Williams’ address, Assistant Director of the Jewett Center for Community Partnerships Diana Martinez played an excerpt from a speech King gave during the 1964 commencement at the University. In the clip, King differentiates between “the within and the without,” a theme that was echoed throughout the event.

“I first encountered [the Black National Anthem] at my predominantly white [high school], which we all sang, and nobody really talked about the history of the song,” Washington said. “So, I’m excited to sing it today and have it actually have a purpose and be a part of the mission of today’s program.”

Following the song, Colvin introduced Sales. She began by connecting the themes of her speech with the excerpt from the 1964 commencement speech.

“As we build on this call for us to have a transformation of values that changes not only our outer world, but also our inner lives to move from a thing-oriented society, to a people-centered society,” Sales said. “Martin Luther King really asked us to wade deeply into the social, spiritual waters of America so that we could come out brand new, and he knew, as our ancestors knew, that one could not get on the other side of the river, to the shore without troubling the waters.”

Sales then invited her close colleague, Cheryl Blankenship, to read a memorial that Sales wrote for King Jr., which set the tone for her conversation. In the memorial, Sales wrote on the strength and resilience of the first generation of “Southern grandmothers” emancipated from slavery.

“They were an incredible generation who played a major role in shaping our racial, gender, sexual and American identities and ways of being,” Sales wrote. “Simply put, our Southern Black grandmothers were the North stars in our individual and collective lives… Our grandmothers were seers and artists who not only saw the task at hand, but they kept their eyes on the horizon’s rim. Our grandmothers laid the ground for a generation of freedom fighters.”

Throughout the excerpt read by Blankenship, Sales connects the influence that her grandmother had on inspiring her to fight for change with the similar relationship that King Jr. and other freedom fighters had with their grandmothers.

“For Martin Luther King and our community of freedom workers, our grandmothers’ songs echoed throughout our freedom songs,” Sales wrote. “These songs stirred our courage and sealed our resolve to change our names and to declare as they did that that we were willing to go hungry to change our names.”

After the reading, Sales went on to talk about the violent climate of the Jim Crow South during Black Reconstruction and the strivings of the first generation of free African-Americans to create a counter-culture in the aftermath of slavery.

“These achievements gave testimony to the fact that although Black people experienced trauma, our name was not trauma,” Sales said. “And I dare anyone to say that Black people were merely a traumatized people, because the real issue is that Black Americans were magnificent spiritual geniuses who not only dealt with the world that white people imposed upon us…but we also were a people who made something out of our worlds ourselves…it is out of this world that Martin Luther King emerged.”

She explained that the counterculture created by Black people created a “soul force” that motivated people to action in the face of violence and oppression.

Out of this force came Black doctors, teachers, and lawyers who created a place for Black Americans in a society that did not want them to survive.

“What is it with the people who are so besotted by their lust of materialism and the lust of power that they would enslave human beings, and that they would become predators who would live off of other people’s labor rather than believing in their capacity to fend for themselves?” Sails said.

Sales discussed the importance of shifting narratives surrounding Black people in the academic world, from a marginalized understanding of Black academics to a recognition of the world they made for themselves.

“I think that it’s really important for us to really shift our narratives, especially our academic narratives…to say that we were not marginalized with each other, we were essential,” Sales said. “That we were more than what white people made of us. We were also what we made of our own lives.”

Sales urged the audience to not only talk about microaggressions when discussing racism, but to also address systemic and institutional inequality.

She tied this back to what Martin Luther King said when he visited Wesleyan during the 1964 commencement.

“He was saying that white America is drowning in spiritual malformation, social adversity, based on that insatiable appetite for things,” Sales said. “An appetite that privileges profit over people, death over life, dehumanization over being fully human. It is an insatiable appetite for materialism that even commodifies human suffering.”

Sales mentioned how this need for materialism is ingrained in society, referring to the “capitalist technocracy” that places value on material possessions over Black and Brown lives.

“Living in a capitalist technocracy today, where 30% of global white men own 95% of the global wealth, mathematically and socially what that means is that 70% of us around the globe are left to share only 5% of all the wealth and access to wealth around the globe,” Sales said. “What is the correlation between that statistic and the rise of state-sanctioned murder of African American people…between this statistic and disposability of all lives during the pandemic?”

She asked the audience what it means to be a young person living in a capitalist technocracy, and implored them to think about how their education is preparing them to counter the realities of such a society.

“It is very hard to bear that some of these questions are the same ones that Martin Luther King and my generation faced,” Sales said.

Sales ended by claiming that the United States is facing a spiritual crisis of meaning and warned the audience of the dangers of continuing such a crisis.

“This is your challenge, to become whole in a society, as Audre Lorde says, that does not wish for you to survive,” Sales said. “I believe that you can do it, but you must be willing to wade through the water to trouble the waters, because you will not be able to get through the journey unless you’re willing to get wet.”