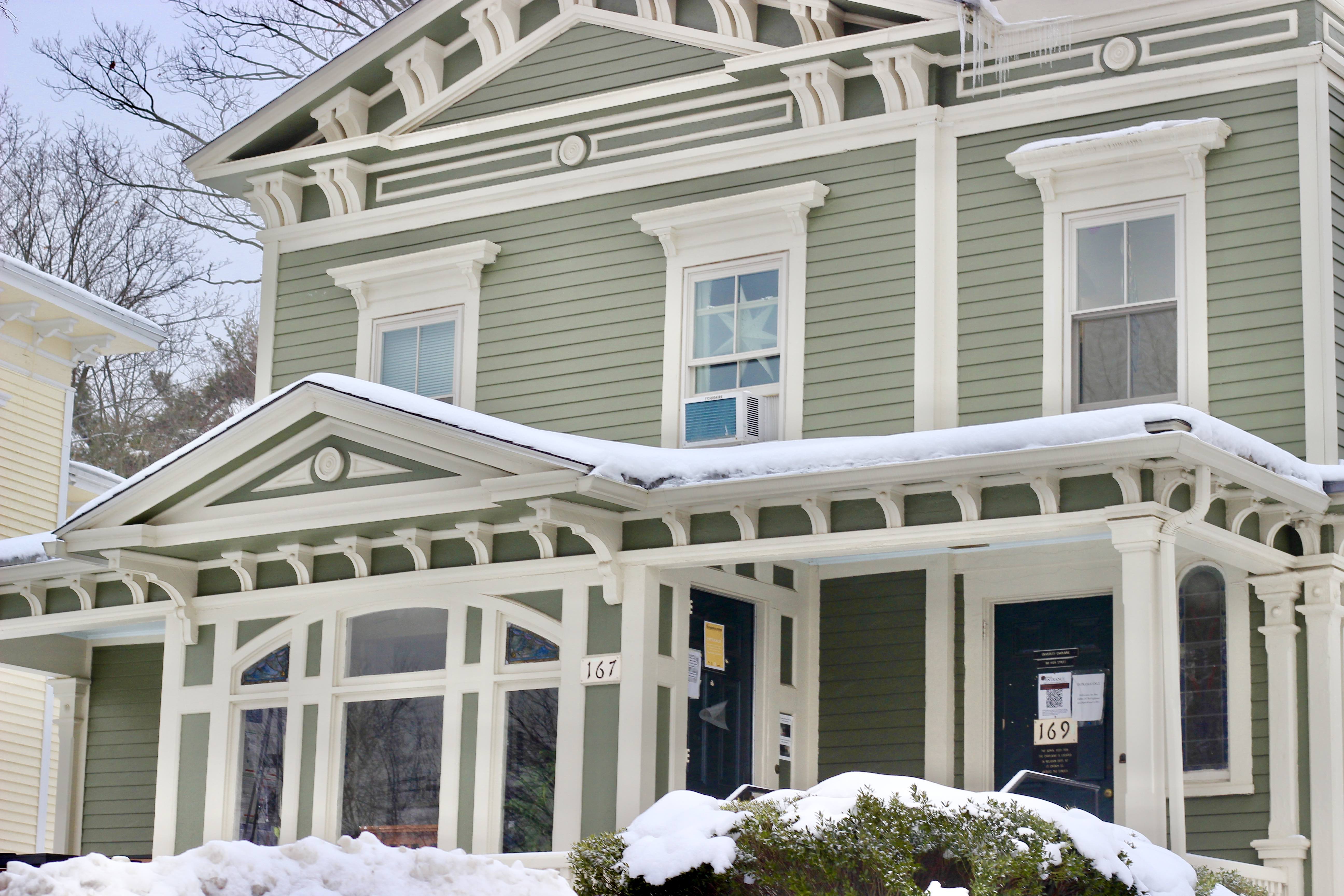 Working in tandem with faculty members and alumni, Ujamaa released an Official Black History Month Calendar on Monday, Feb. 1. The calendar outlines 13 virtual events that Ujamaa has helped program and coordinate for Black History Month. The various events will run from Wednesday, Feb. 10 through Friday, March 5.

Each event throughout Black History Month is connected to this year’s theme of Black radical imaginations. The theme was decided by members of Ujamaa and the Black History Month Committee, a group composed of approximately 20 faculty, staff, and student members.

“We’re invested in Black radical imaginations that might produce new and exciting visions of liberation that are capacious, collective, and inclusive enough for all,” Black History Month Committee Member and Assistant Professor of African American Studies Garry Bertholf said. “At the same time that we’re invested in a  collective imagination, we’re also committed to engaging in the actual movement for creation.”

Some of the events scheduled include, but are not limited to, a community organizing workshop with activist Ruby Sales, a Black Feminist Ecologies discussion, an Alumni of Color Career Panel, a Middletown Mutual Aid Panel, a Black Comedy Night, and a Power of Storytelling Workshop with writer Tiq Milan.

Additionally, weekly Students of Color (SOC) Healing Spaces, designed for students of color to engage in healing and mindfulness practices, will be conducted every Sunday throughout the spring semester. These Healing Spaces will often consist of journaling prompts, meditation activities, and group discussions. Unlike the other events on the Black History Month calendar, the SOC Healing Spaces are only open to the University’s students of color.

“Other than [the SOC Healing Space], everything is open to everyone,” Ujamaa Board Member and Communications Liaison Alice Swan ’21 said. “One of the things we tried to emphasize this year is that we don’t only want to cater to Black students on campus.”

Aside from the SOC Healing Spaces, the other Black History Month virtual events are open to audiences beyond the University community.

“We wanted to make sure that a lot of these events are free and open to the public,” Bertholf said. “As we think about the virtual community that we’re building during the global pandemic, we also want to be inclusive of folks in Middletown, and North Haven, and New Haven. That [they] also might be interested in participating in the intellectual and cultural community that we’re trying to build.”

For the spring 2021 semester, one of Ujamaa’s primary goals is to increase a sense of community between members and on campus as a whole. Swan said she believes these events will not only increase support and donations for Middletown Mutual Aid, but also foster connections.

“There’s aspects of community interwoven in each event so current students can learn more about alumni who were here before doing very similar work, or people who are out there getting their hands dirty and doing that kind of organizing,” Swan said.

One prominent event on the calendar, the Annual Black History Month Commencement Celebration, is being held on Saturday, Feb. 13. The 2021 celebration will feature writer and media strategist Raquel Willis alongside student, faculty, and alumni speakers. Ujamaa, the Black History Month Committee, and Associate Director in Alumni and Parent Relations Cecilia McCall ’91 helped contact the speakers who will be featured during the Commencement Celebration.

Another event that Ujamaa organized is a Dialogue on White Supremacist Violence. Conducted on Thursday, Feb. 11, the discussion focused on the current political climate and ways to navigate the Biden administration. Ujamaa Board Member Jade Tate  ’22, who has been at the forefront of organizing and facilitating the conversation, believes that this event could provide something new to the topic of white supremacist mob violence.

“I hope that [this dialogue] will provide a space for people to just be real and realize that no, this isn’t something that just goes away because America decides,” Tate ’22 said. “These are things that really matter….If you don’t center Black lives in all that, then what are we really doing? So hopefully having those hard conversations could be beneficial.”

In addition to the calendar of events, Ujamaa is also working on a Black History Month Cookbook. The program involves students sending cherished familial recipes to the Ujamaa Instagram Page, where they will then be compiled and shared. According to Ujamaa Board Member Langston Morrison ’21, this recipe project is intended to reflect the diverse communities for which Ujamaa organizes.

“[Ujamaa is] a space for the African diaspora at large, and people in general who want to learn about our experiences,” Morrison said. “We’re trying to include community and other communities in those types of conversations….part of that project is compiling recipes and doing a recipe exchange from different places in Africa and in the diaspora. That includes gathering different recipes from certain countries in Africa, certain countries in the Caribbean, and African-American dishes. That’s a project we’re working on, as part of the larger project of cultivating that sense of community.”

Faculty members have also taken an active role in planning the Black History Month virtual events. For instance, Bertholf has been working on a Black Feminist Ecologies Virtual Salon on Wednesday, Feb. 24. Cosponsored by the Science and Society Program, Ujamaa, and the Black History Month Committee, the virtual salon will bring together eight guest speakers to discuss the intersection of feminism, environmentalism, and race. Students must register for the meeting to attend the event.

“As a department, African-American Studies has been thinking very closely about feminism and about black ecologies,” Bertholf said. “I invited a number of junior scholars, assistant professors, faculty fellows, postdoctoral fellows, PhD candidates, and PhD students from around the country who are doing really exciting work around black feminist ecologies…all of them will come together and they’ll give great presentation about their work as it relates to the theme of black feminist ecologies.”

Bertholf has been working with Ujamaa and other members of the committee to ensure that the events throughout Black History Month cover a wide range of topics, while also furthering to foster community among students of the University.

“We wanted to make sure that there was a good balance of scholarly events that have [been] taken thoughtfully [from] the archive into our current historical, political situation, and what it means to foster Black, radical imaginations after the last four years,” Bertholf said. “But at the same time, it’s also a moment where Black students, faculty, staff, and a larger Wesleyan body could come together right to celebrate Black history, Black life, and Black sociality.”

Like many of the University’s faculty, alumni have also played a role in Black History Month programming. For instance, McCall helped to promote some events to both students and alumni.

“My office basically organizes events for alumni and sometimes events run by students,” McCall said. “However, we do work a lot with cross-promoting events. Student events are promoted to alumni and vice versa…especially in the virtual world where it was harder in general for people to come up to Wesleyan for some of these events, but these days anyone can join. So we’re probably collaborating even more than before.”

In addition to publicizing the programs, alumni have also provided their support for the student organizers who hold an active role in the planning and execution of the virtual events.

“I would say it’s 100 percent student-run and organized with the support of alumni, faculty, and staff,” McCall said. “I’m so blown away and impressed with the calendar of events that [Ujamaa has] been able to put together, given that all students left campus by Nov. 23 this year, that some of the student leaders aren’t even on campus this semester and are still able to move forward with such an incredible agenda during such challenging times is a testament to just how awesome they are.”

Though Ujamaa’s Black History month has involved a number of alumni, faculty members, and Middletown residents, Swan emphasized that in particular, Ujamaa’s upcoming programming aims to provide support for Black students who may need it the most this semester.

“One of our goals was to create spaces so that people don’t feel alone, even when they’re remote or are living alone on campus or anything like that,” Swan said. “We want Black students, particularly Black freshmen, to feel that Ujamaa is not only a place for them, but they can go to Ujamaa if they need assistance with anything. Other Black students have their back.”
Oliver Cope can be reached at ocope@wesleyan.edu