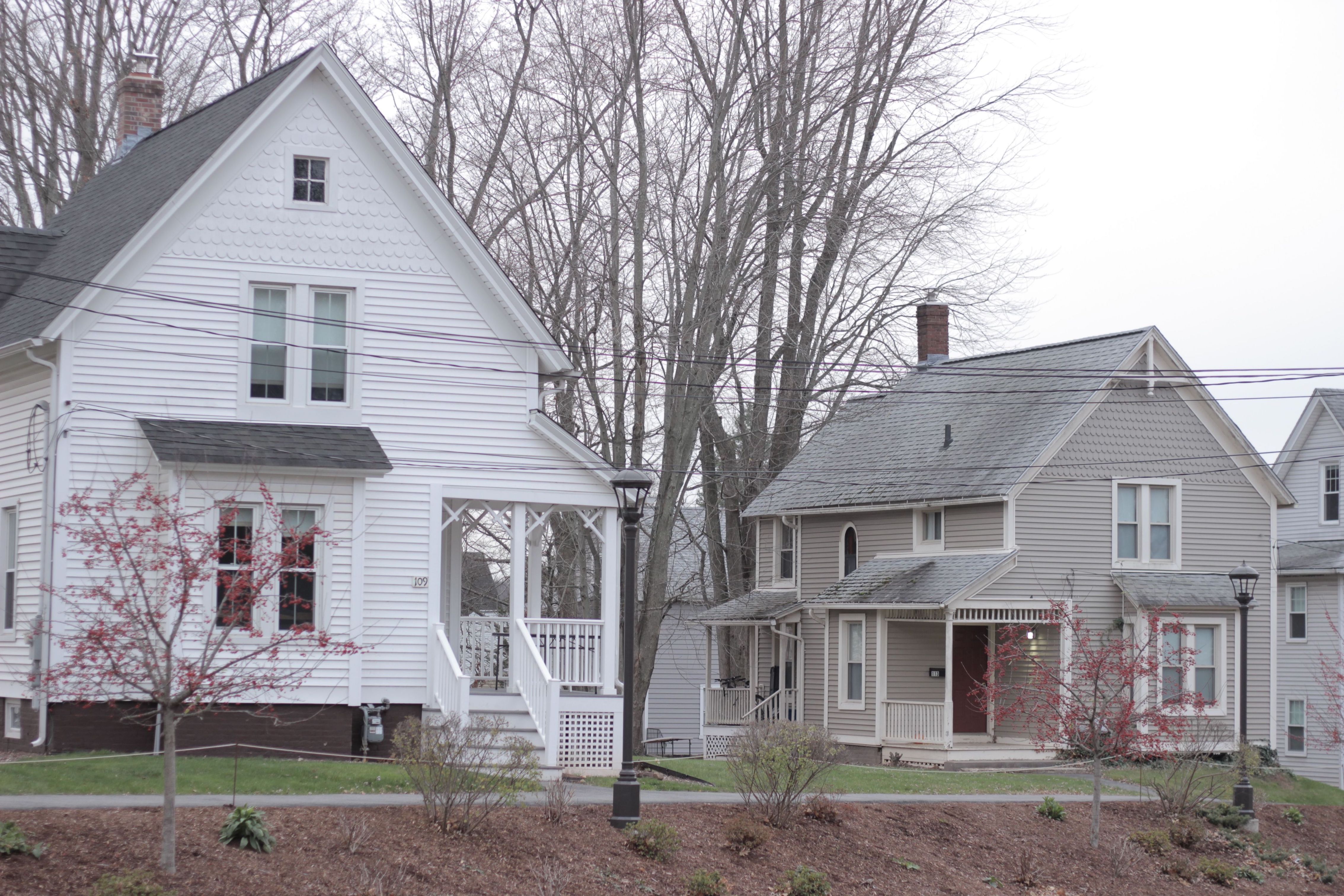 It took longer for Comcast and Information Technology Services (ITS) to solve the issue because ITS is closed on the weekends, when students began to lose WiFi. The COVID-19 pandemic has also moved classes, meetings, and appointments online, making the WiFi outage particularly severe for many reasons.

“It ended up being that some of my housemates had to cancel CAPS appointments and doctors appointments because there isn’t really a place on campus you can go and participate that’s quiet if you don’t have WiFi,” Gem McHaffey ’21, who lives in a wood frame house that lost WiFi access, said. “You can participate in classes, but you can’t go to the library and start talking really loudly with a mask on.”

Additionally, the pandemic is a deterrent for students from spending time in the University’s public spaces, where they can connect to WiFi. Some students were able to use mobile hotspots and connect to cellular data through their phones instead of going to campus libraries, but others could not.

“It was really stressful when we couldn’t get an estimate on Monday since I wasn’t sure when my hotspot was going to run out,” Liz Colannino ’21, who also lives in a wood frame house, wrote in an email to The Argus. “One of my roommates also has a hotspot and did the same as me, but my third roommate doesn’t and had to go to other places to do work/join online classes. In general we try not to spend too much time in the libraries and feel safer spending prolonged periods of time at home so being forced out of our house was not fun.”

Furthermore, many affected wood frames had no WiFi on Monday, Nov. 9, the same day the Exley Science Center experienced a power failure.

“That Monday was also when the WiFi wasn’t working around campus and the power went out in Exley so it seemed like it was going to be impossible to get anything done,” Colannino wrote. “I joined my Zoom classes from my phone but had to reschedule a few meetings.”

All affected wood frames had regained WiFi access by Thursday, Nov. 12, after Comcast corrected the University account. ITS continues to work on preventing the issue from recurring.

“We are presently in conversation with Comcast about improving the quality of our contract with them, which is pretty considerable, right, for all these houses, to say we believe that we should have these things so this kind of stuff doesn’t happen in the future,” ITS Deputy Chief Information Officer Karen Warren said.

Whether Comcast will be allowed to conduct an account review while classes are in session and if it can designate specific employees familiar with the University’s account are currently under negotiation. Depending on the result of this negotiation, students would be able to contact Comcast employees instead of having to go through ITS.

“That’s the one thing that we know is the most important, is making sure that students have what they need to go to school,” Warren said.

ITS is also considering working with the Office of Residential Life (ResLife) to improve communications with students who might not always have the same information.

“We were working on our [University’s] own communication difficulties,” Warren said. “Sometimes four or five people in the house, and two or three are kind of talking to each other, but another one might not have heard the same information. So we were discussing that too, about how we can work maybe more closely with Residential Life to make sure that people are hearing.”

Despite ongoing conversations between ITS and ResLife, students have expressed frustrations over the immediate WiFi issues this semester, largely because they rely so much on having a stable internet connection.

“It sounds so whiny when you say, ‘We don’t have WiFi, that’s the end of the world,’ but it’s really, if everything’s on the computer, it’s kind of hard,” McHaffey said.

Elias Mansell can be reached at Emansell@wesleyan.edu