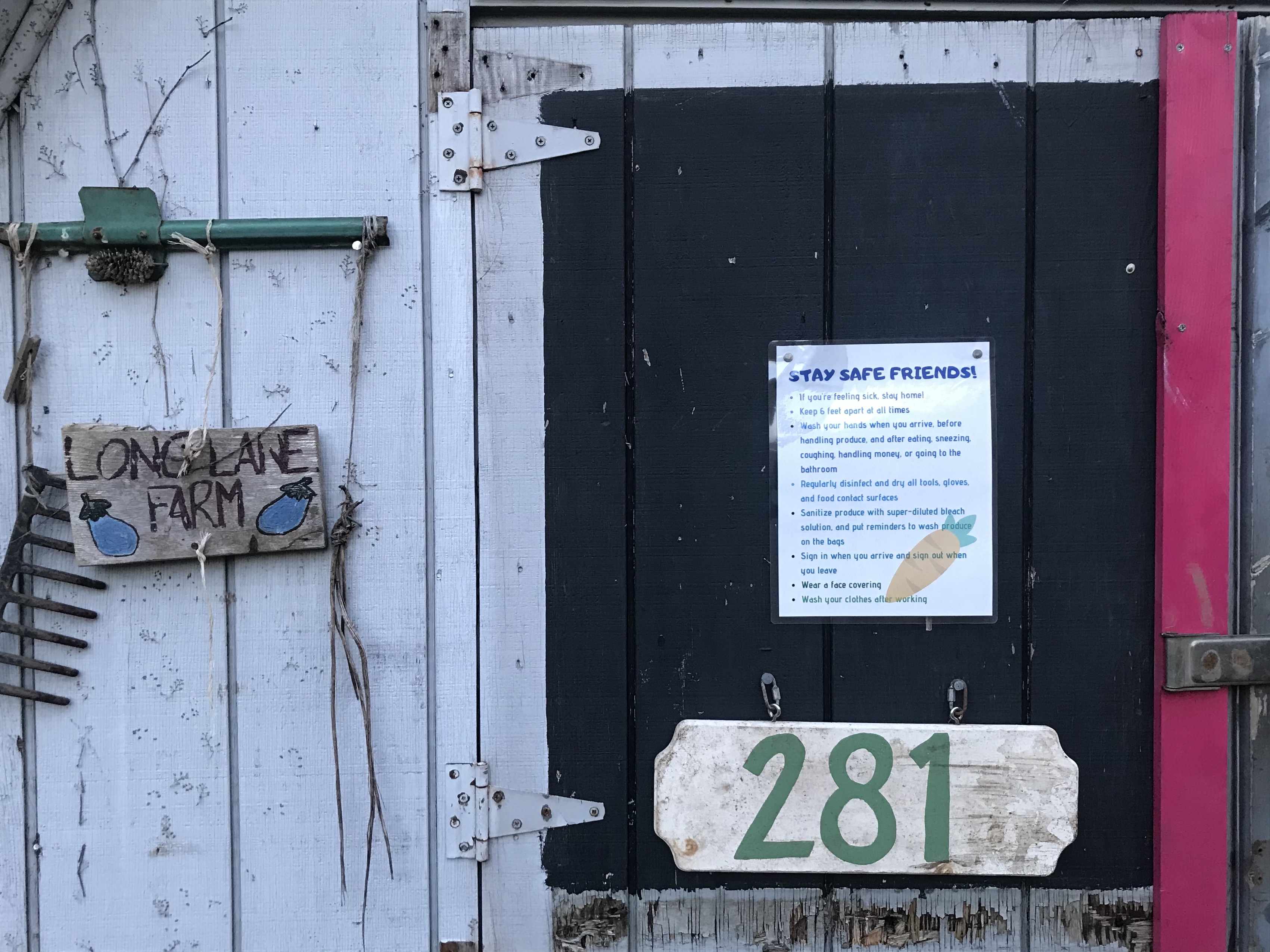 In past years, on any given weekend, Long Lane Farm is filled with students planting, picking, and weeding the rows of plants which provide fresh produce for Usdan and the Middletown Farmers Market. But this year it’s different. Vegetation has taken over, giving the typically cheery locale a sense of eerie dereliction.

Following students’ abrupt departure during spring break, Long Lane Farm was faced with the challenge of planning for the summer season amid a pandemic.

“It was very overwhelming at first, coming back, and the amount of work that needed to be done,” Jesse Simmons ’21, one of the Long Lane Farm leaders, said. “All of the plots were overgrown and there was very little that was successfully planted and grown over the summer, just because of the lack of training and the lack of summer farmers and of course, just external circumstances.”

The farm, like most other campus spaces, looks different this semester. While working outdoors poses less of a risk than working indoors, everyone working on the farm must still comply with the University’s COVID-19 guidelines, such as social distancing. Unlike previous years, when students could come and work at the farm whenever they wanted, this semester, individuals and family units must schedule a slot.

Despite these challenges, the group was delighted to see an increase in student interest in working on the farm this semester.

“We’ve had so much interest from freshmen and also from like upperclassmen who were looking for a way to get outside and to just like, do something other than being in their houses,” Simmons said.

There has also been an increased interest in Farm Forum, a student forum devoted to learning about agricultural practices. Students get the opportunity to work on the farm as part of the class, which is a mandatory prerequisite for non-work-study student farmers.

“We have a class period once a week where we have readings about farming and we have a discussion; and that’s an hour long class period,” Farm Forum Leader Natalie Lobach ’22 explained. “And then on the weekends we have an hour and a half work day for the students enrolled.”

Dennis Law ’22, who was one of the few students who began working  at Long Lane Farm over the summer, is in charge of the forum along with Lobach. As Law explained, his work on the farm over the summer was what got him interested in farming and leading the forum.

“I absolutely had no idea how any of this stuff worked before the summer,” Law explained. “I’m wrapped into it and exposed to a lot more issues surrounding farming as well, because the farm forum is a lot more than just technical farming.”

While the farm itself has been flourishing, the community aspect of farming has been impacted by the pandemic.

“The community is not the same because we don’t all know each other and we’re not all working together all the time,” Simmons said.

This lack of community is further exacerbated by the number of students who are not on campus this semester.

“There are also a number of us who still really want to be involved with the farm, but who are off campus,” Lobach, who is off campus this semester, added. “And it’s definitely more difficult to have that same sense of community.”

The pandemic has also impacted the farm’s relationships with the Middletown community, as the farm is currently not open to people outside the University community.

“Usually Long Lane tries to be a place that’s really open to not just Wesleyan students, but also the Middletown community,” Franny Lin ’21, one of the farm leaders who is off campus this semester, explained. “And that’s definitely something that we can’t do right now because of guidelines”.

Events that Long Lane usually hosts for the wider community, such as Pumpkin Fest, have also not been able to happen this year because of the pandemic. The farm has also not been allowed to sell food at the farmer’s market, usually a weekly event.

“We’ve kept up donating food to people around Middletown, but that’s pretty much the only interaction we’ve been able to have,” Lin added.

Despite the uncertainty of the pandemic, Long Lane Farm leaders and student workers are hopeful about the upcoming semesters on the farm.

“We’re actually like on schedule with prepping for the winter and hopefully we’ll be able to keep that up in the spring,” Simmons remarked.

“It’s amazing how much work is getting done,” Lin said. “I’m super excited to come back in the spring and have all this energy and do a really good job with our spring planting.”

Katie O’Shea can be reached at koshea@wesleyan.edu.