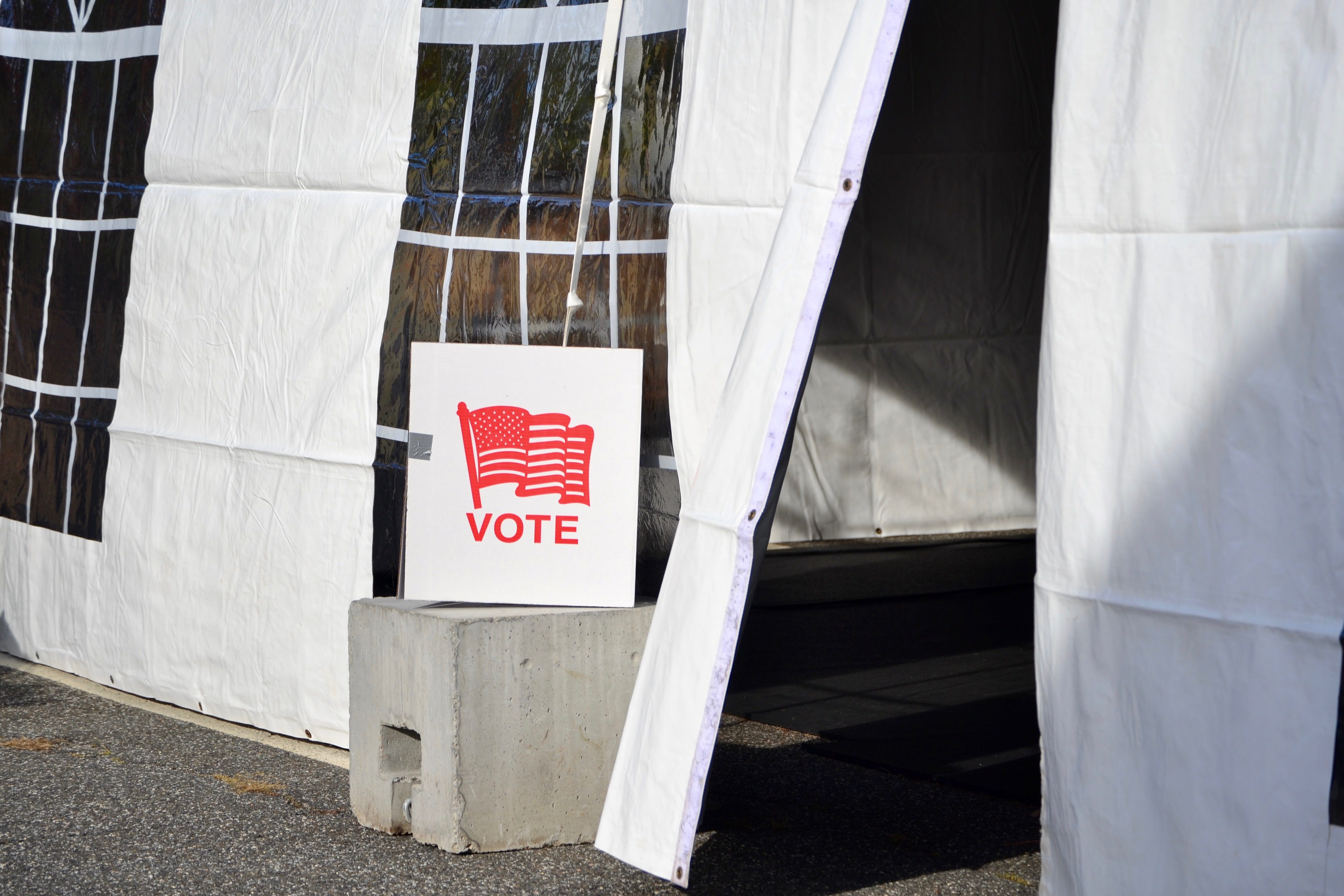 Election Day, Nov. 3, was met with gnawing uncertainty across the country as the night ended without a definite winner in the presidential race. This lack of resolution extends a turbulent election season that began with over twenty candidates running in the Democratic primary in 2019. Throughout 2020, both the Democratic nominee Joe Biden and Republican President Donald Trump were forced to address a pandemic, an economic recession, and national protests along with a plethora of other issues.

At the time of publication on Nov. 5, Biden has a strong lead in the popular vote, but the candidates are close electorally, with only a few states not yet called for either candidate.

Asian American Student Collective (AASC) Co-Chair Chaiyeon Lee ’22 believes that the uncertainty of the election winner is a result of the failure of the Electoral College, which draws candidates’ attention away from huge demographics of people and forces them to focus on a few key states.

“Honestly, this election is really making me realize our country is very, very far from being a democracy,” Lee said. “The whole system runs on voter suppression…. the Electoral College system is the epitome of voter suppression. Half the people’s votes in America don’t count towards anything which makes no sense…. At the end of the day it always comes down to those few swing states and these [candidates], they don’t come to New York [to campaign], they don’t come to California, they don’t go to Connecticut. They only focus on the swing states at the end of the day because that’s what it comes down to all the time.”

In terms of the popular vote, Ujamaa Communications Liaison Alice Swan ’21 believes that Biden’s lead is so narrow due to the fact that many voters genuinely resonate with Trump’s messaging.

“I think the race is so close because racism is not only alive and well in this country, but Trump voices the xenophobic, ableist, racist, and misogynistic rhetoric that so many white voters resonate with,” Swan wrote to The Argus. “It remains so close because more people are racist than mass media leads the general public to believe, although Black folks have been voicing this for a while.”

Escalating uncertainties during the election, Trump has continued to vocalize his discontent with ballot counting and has sued Pennsylvania, Michigan, and Georgia to contest the results. His campaign has also officially called for a halt to ballot counting in Michigan and Pennsylvania until they review what has already been counted. While it is unknown if Trump will be successful in these efforts, it does raise some fears among Americans. Public Relations Director of Wesleyan Democrats (WesDems) Maya Gomberg ’22 believes we should prepare for the likelihood of significant unrest.

“Basically [there’s] this idea that, yeah sure, Biden won, but did he really? And is winning enough to actually get him into office? That’s a coup,” Gomberg said. “So while some people are really shocked by the fact that it’s going to take a while and that actually winning the electoral college and the popular vote might not actually get him into office given all of the legal tactics and the illegal tactics that the Trump campaign is employing…I think American exceptionalism has blinded us often to the fact that that coups can happen here.”

On the contrary, Policy Director of WesDems Reed Schwartz ’24 is more skeptical of the likelihood of a coup occurring.

“I’m not expecting a coup, personally,” Schwartz said. “There’s two types of coups that could happen. One is Trump refuses to leave the office and the other is Trump gets some Supreme Court sentence to justify him not leaving office and being the winner of the election. The first one I think is really obviously not going to happen [because] the majority of…people in the military don’t support Trump and a vast majority of military leaders don’t support Trump, so you can’t do a coup like that without the Pentagon. And the second one, I haven’t yet heard a case for how that would actually occur that’s been well articulated.”

Reflecting on the past four years of Trump’s presidency, Lee argues that Trump’s racially charged rhetoric, especially the messaging directed against Asian Americans which increased at the outset of the COVID-19 crisis, has had a huge impact on the country.

Swan agreed that Trump’s rhetoric and behavior has sparked a surge in racism, but emphasized that previous presidents have also long subscribed to white supremacist beliefs.

“I think many American presidents have had white supremacist ties, Biden himself is essentially an ex-white supremacist, but I think Donald Trump incites violences very similarly to Woodrow Wilson who endorsed the Ku Klux Klan and rampant lynching,” Swan wrote. “Therefore, although racialized violence has already been a reality for Black people in America, the Ku Klux Klan, along with other groups, are gaining popularity/membership this year.”

Huzaifa Khan ’22 also expressed concerns about how white supremacist groups will behave when Trump is no longer in office.

“I think [white supremacist terrorism is] the biggest problem that the country is going to face in the next ten, fifteen years, especially if Trump has gone, [because] a lot of these groups may feel especially desperate and feel that they have no more room for political expression in the legitimate processes and that tends to bring out more violent elements, and it’ll be a pretty scary time for the country to have to deal with this rising threat,” Khan said.

Another aspect of both candidates’ political platforms that students take issue with is environmental policy. Sunrise Middletown Hub Coordinator Maren Westgard ’22 argues that another deeply concerning aspect of Trump’s presidency has been his response to climate change.

“It’s kind of upsetting too, the fact that Joe Biden’s platform is like, ‘We’re not banning fracking, because it’s absolutely necessary and has been for years,’” Westgard said. “But under Trump it’s way worse because it’s increasing coal and oil…And just so backwards and taking us out of the Paris Agreement, not even working towards climate solutions is just absolutely existentially terrifying, especially because climate change hurts marginalized communities first and worst, especially Indigenous communities who’ve been fighting for this for so long. And it’s just upsetting for the Trump administration to be literally working backwards on that stuff.”

If Biden does win the election, there is no doubt that the U.S. and the world will still have to grapple with the legacy of Trump’s presidency. Schwartz argues that Trump’s presidency has led to political realignments within certain demographics.

“I think the lessons that Republicans are going to take away from this election [and] the last four years of Trumpism are the coalitional realignments that we’ve seen, which would be that the urban-rural divide is getting way more divided, more polarized,” Schwartz said. “The sex divide is getting way more polarized. Men are much more likely to be Republicans than women are…And also at the same time, race is almost getting depolarized in that a lot of people of color are moving back towards the Republican party, especially among Latinos and the results that we saw last night were Southeastern Latinos went further to the right than we’ve ever seen before.”

Within the Republican Party, Campaign Coordinator of WesDems Emma Bella Bass-Lawrence ’24 suspects that certain Republicans will move away from their support of Trump.

“I feel that when Trump’s out of office, [siding with him] will not be the most opportunistic thing in order for Senate Republicans and congressional Republicans to continue their electoral success,” Bass-Lawrence said. “Because of that, I feel like it is more likely that Republicans who stay in power will distance themselves from Trump. Maybe not necessarily condemn him, but also would be willing to sort of throw his legacy under the bus if it meant they can get ahead.”

For many, hope for progress does not rest in the presidential candidates; state and local elections are more meaningful and offer more legitimate pathways to change. Leading up to the election, Wesleyan Democrats focused their campaigning efforts largely on local races in Middletown and Connecticut.

“We are so much more focused on state level races than federal races at all. In fact, WesDems did not directly organize for Biden…and really focused on town halls with our state house and senate candidates and a little bit with our [congresswoman] who won, Rosa DeLauro,” Bass-Lawrence said. “I feel like our main focus was in the Connecticut state legislature and I’m very happy that’s the focus that WesDems takes because we are able to exert a lot more influence…. I think a more direct example of Wesleyan civic engagement paying off is that we will have Brandon Chafee in the state legislature.”

“I think it shows that local attention [and] local action can pay off,” Chong said. “[There is a] discrepancy between state and national politics and state governments can be a tool of resistance and protection against the federal government that is controlled by dangerous forces.”

With no real certainty about when definitive presidential election results may become available and what the aftermath of the decision will look like, students across campus remain tense and attentive.