In “Crosstalks,” two writers sit down to discuss a book, movie, TV show, or piece of art they both feel strongly about. Sometimes they disagree; other times, they’re in perfect harmony. Here, in celebration of its 10th anniversary, Assistant Features Editors Olivia Ramseur ’23 and Sophie Griffin ’23 discuss the 2010 film Megamind, directed by Tom McGrath. The film chronicles the story of a blue alien genius supervillain named Megamind, who struggles to find purpose after he has defeated his enemy, Metro Man, the hero of Metrocity. Megamind creates a new hero to be his nemesis, but his plan backfires when his creation decides to also pursue antagonism, prompting Megamind to step up and save the day. 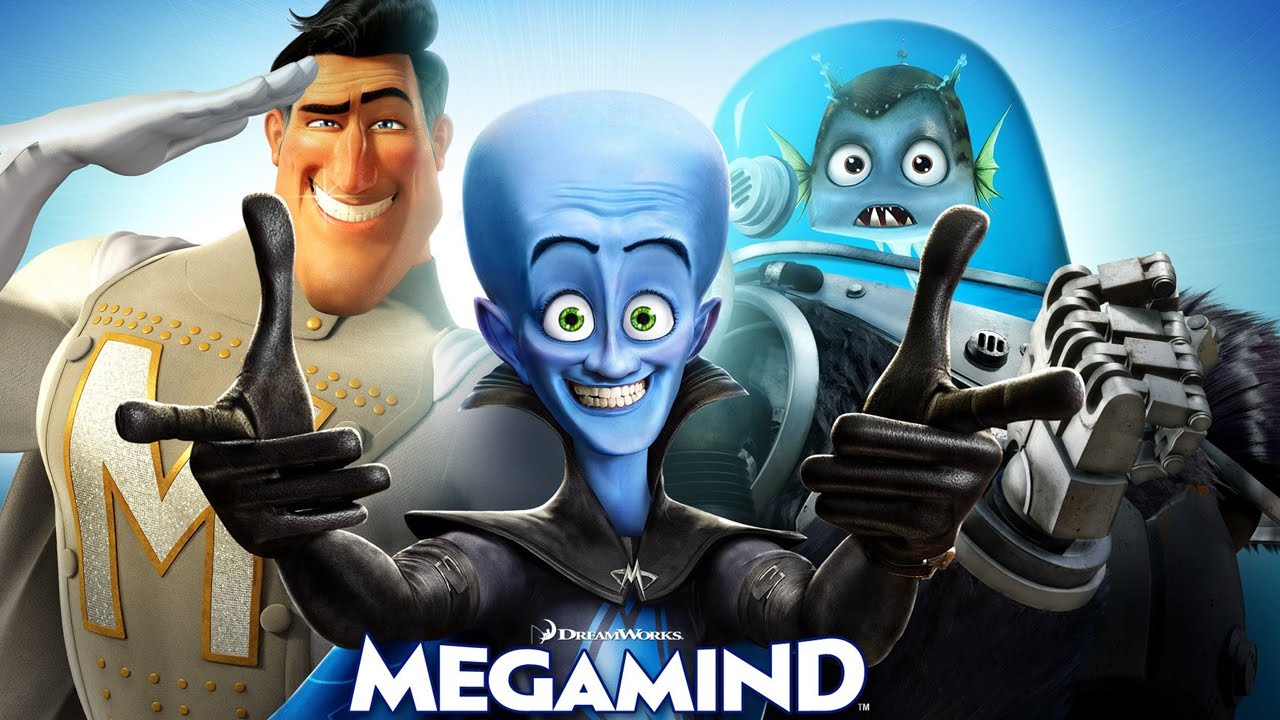 Sophie Griffin: So two weeks ago, we watched “Megamind” as a Features section. Olivia, have you seen this movie before?

SG: I saw it after its initial release, too. It was my 10th birthday party to go see “Megamind.” Clearly a very different context than now.

OR: I think there’s just a lot of content in there that went over my head when I was 10. And I don’t know if my parents noticed that, because they would have been with me, but now, knowing what I know, and in Trump’s America… [laughs].

SG: The fact that he was raised in a prison…I don’t know how I didn’t react to that as a child.

OR: That’s so bizarre. Like why would they put that in a kid’s movie?

SG: The thing is, watching it, it didn’t really feel like a kid’s movie.

OR: No, not at all. It’s just animated like one.

SG: The thing is, it’s a subversive movie because the villain is the protagonist.

SG: And then they just make it so that even the humor is kind of edgy. Everything about it is a little off.

OR: There’s so many references and the music and stuff that would be for adults. The actors that are in it, too. None of that really is for children.

SG: No, absolutely. The cast is ridiculous, like such an incredible voice acting cast for a stupid kids movie.

SG: Like who is in charge of casting? Because A++.

OR: Cause like how did they get all these celebrities in there?

SG: I guess the celebrities were really just behind the message.

OR: Nothing can compare to the star power of “Megamind.”

SG: Truly. I don’t know who made the character design either, because that head? Sir.

OR: That blue head.

SG: You know, if you watch anything with a critical eye, it can bring up a lot of stuff, but “Megamind” especially does.

OR: I mean, he was raised in a prison. They taught him that police officers are bad. So Megamind says ACAB.

SG: He really does. Is this the kid’s movie for our times? It might be.

OR: It might be. I think they should bring it back.

SG: I don’t think any talks for “Megamind 2” have been in the works, but hopefully we can galvanize support.

OR: We could make one. Just have to get the copyright. We can make an off-brand Megamind. He’d be green instead of blue.

SG: That’s just Shrek. They already did that.

SG: Red, I guess. But one thing that really struck me was how good the animation is. Obviously in animation these days, the camera moves as if it was a normal film, but here it was especially well done cinematography.

OR: Yeah. I think sometimes when I look back at kids movies from the early 2000s, it looks terrible. It’s like, how did I watch this when I was younger and think that that was okay? But this one looks like it could have been released this year. Gotta give them some credit for that. And I guess, compared to other animated movies at the time, it’s kind of different.

OR: Back then, before there was really streaming, the parents were bringing their kids to the movies. So you had to make them appeal to adults. Now, the kid can sit in the living room by themselves and watch something. I feel like that’s part of it. I feel like with older kid’s movies, the parents are going to be there, so they had to make it widely entertaining.

OR: The past few years I’ve only gone for like huge movies that you feel like you should see in the theater, like “Star Wars” or “Avengers: Endgame.” Those are movie theater movies. But besides that, no…And my younger cousins, I don’t think they really go to the movies to see kids movies anymore. I mean, now there’s a pandemic.

SG: That gets in the way a little bit.

OR: The theaters are kind of closed.

SG: What do you think Megamind would have done as leader of Metrocity during COVID-19?

SG: But I do think having a scientist…I mean, not that he’s a scientist per se, but a person who’s interested in technology, who knows about that aspect of things, he would have a much better response.

OR: Yeah. He would trust the scientists.

This crosstalk has been edited for length and clarity.

Olivia Ramseur can be reached at oramseur@wesleyan.edu