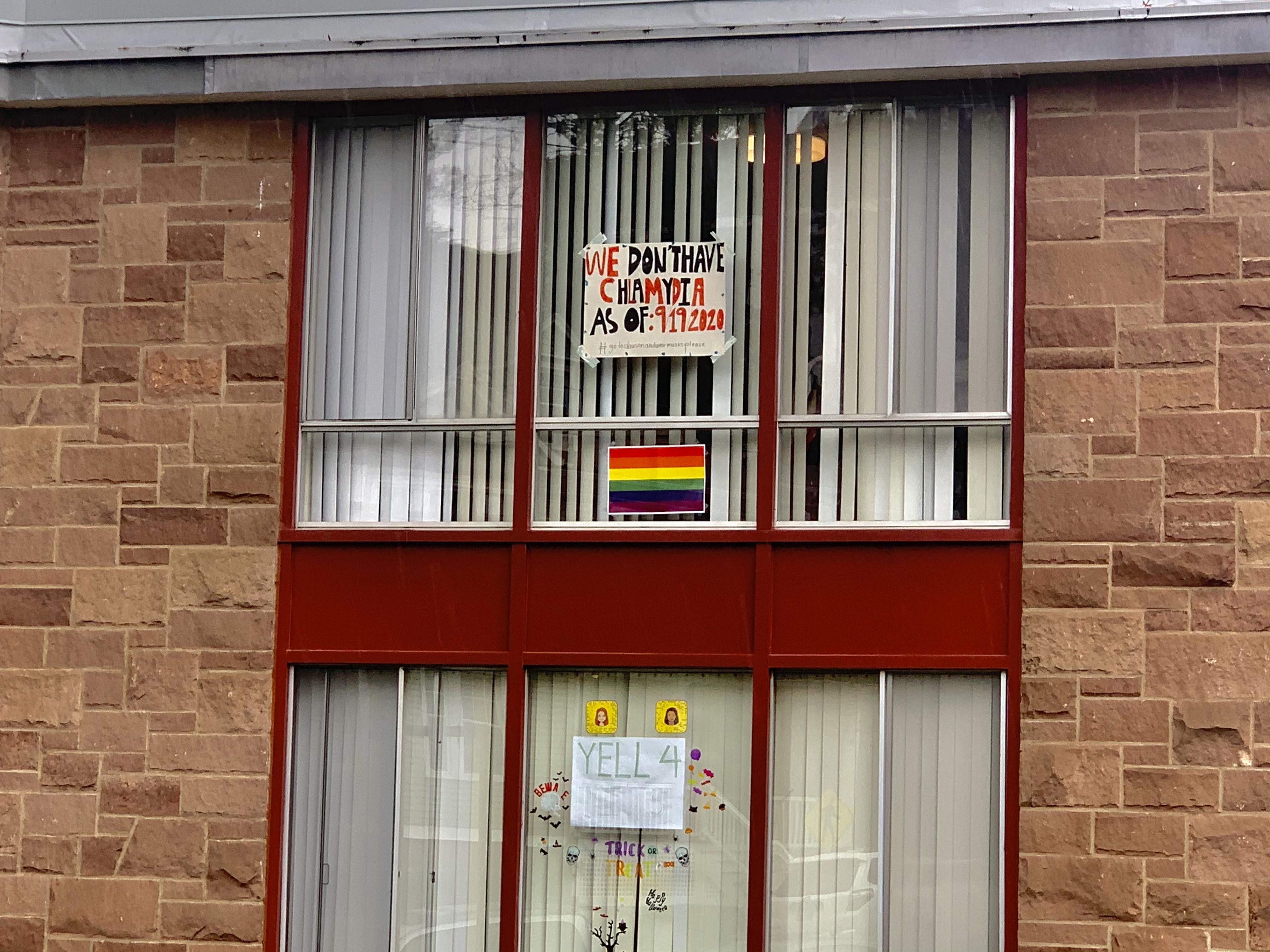 Following the creation of a viral TikTok, rumors of a chlamydia outbreak at the University circulated among students. However, Davison Health Center staff confirmed that chlamydia cases on campus are at normal levels.

Created by Talia Eligator ’23 and another student who wishes to remain anonymous, at the time of publication, the TikTok had garnered over 335,900 views and 69,100 likes.

“When ur school has more active cases of chlamydia than covid,” the TikTok’s caption reads.

News of the TikTok spread rapidly, eventually reaching the staff at the Davison Health Center. Family Nurse Practitioner Sharon Kandro, APRN, said she saw the TikTok when her daughter—who attends another college—sent it to her. Kandro confirmed that the number of chlamydia cases on campus is no higher than usual.

“To date, we’ve had seven cases on campus [so far this semester], and that is very consistent with anything that we’ve seen in years past,” Kandro said. “For the entire year, it usually runs fourteen to maybe eighteen cases for the whole academic year. So we’re pretty much right on target where we should be, I don’t have any concerns about these numbers.”

Though Kandro said she thought the TikTok was in good taste and very funny, she did have some concerns that students would overwhelm Davison’s sexually transmitted infection (STI) screening resources. However, Davison Health Center Medical Director Dr. Tom McClarney assured The Argus that the rumor has not led to an uptick in STI screening requests from students.

“We have not had a significant increase in calls saying ‘Gosh, can I come to get tested for chlamydia,” McLarney said. “We thought that would happen just because of the rumor mill. But that hasn’t happened.”

Neither of the TikTok’s creators imagined that the TikTok would catapult them to fame.

Nonetheless, the TikTok did cause anxiety among students, and Residential Life (ResLife) Director Fran Koerting sent an email to ResLife student-staff urging them to assure their residents that there is no cause for undue concern.

McLarney emphasized that condoms and hygienic sanitation practices are the best way to prevent the spread of STIs such as chlamydia.

“Condoms, condoms, condoms, are the way to go,” McLarney said. “Things that we preach along that same line is consensual sex, no means no, a lack of no doesn’t necessarily mean yes. We know that alcohol can certainly decrease inhibitions but can also get people into situations that are not safe. In that vein, we always talk about responsible use of substances.”

Office of Health Education (WesWell) Director Sierra Fowler also emphasized that students should use WesWell as a resource if they have any questions about sexual health or communicating with sexual partners.

“You can schedule an appointment to discuss safer sex practices and/or sexual health,” Fowler said. “For example, someone may find it challenging to bring up condom usage. WesWell can discuss tips for doing so with you. Additionally, WesWell has teamed up with Residential Life to offer safer sex supplies (e.g. condoms, dental dams, lubricants) in your residential spaces. We also have a dedicated intern, Kayla Jaikaran if students have questions about other resources as well.”

Although the chlamydia outbreak was just a rumor, Kandro explained that the University has seen a spike of STIs including chlamydia in recent history.

“The last time that we had something where it was problematic was in the fall of 2017…” Kandro explained. “There was a very large outbreak of chlamydia on campus at that point, to the point that we actually ran out of medication at the health center. We only order a limited supply, and so we had to start writing prescriptions, ordering as quickly as we could.”

As for the TikTok, which has since been followed up with a clarifying video from Eligator where she explained that the video was based on a rumor, Davison employees recognized that the TikTok was created for comedic value, and explained that they have no ill will toward the students who created it.

“It certainly appears that this was not done with any maliciousness but as a bit of comic relief during a sobering 8 months of the pandemic,” McLarney said.

Emma Smith can be reached at elsmith@wesleyan.edu