Is Veg, Out: What Happened to Veg Out Tuesdays? 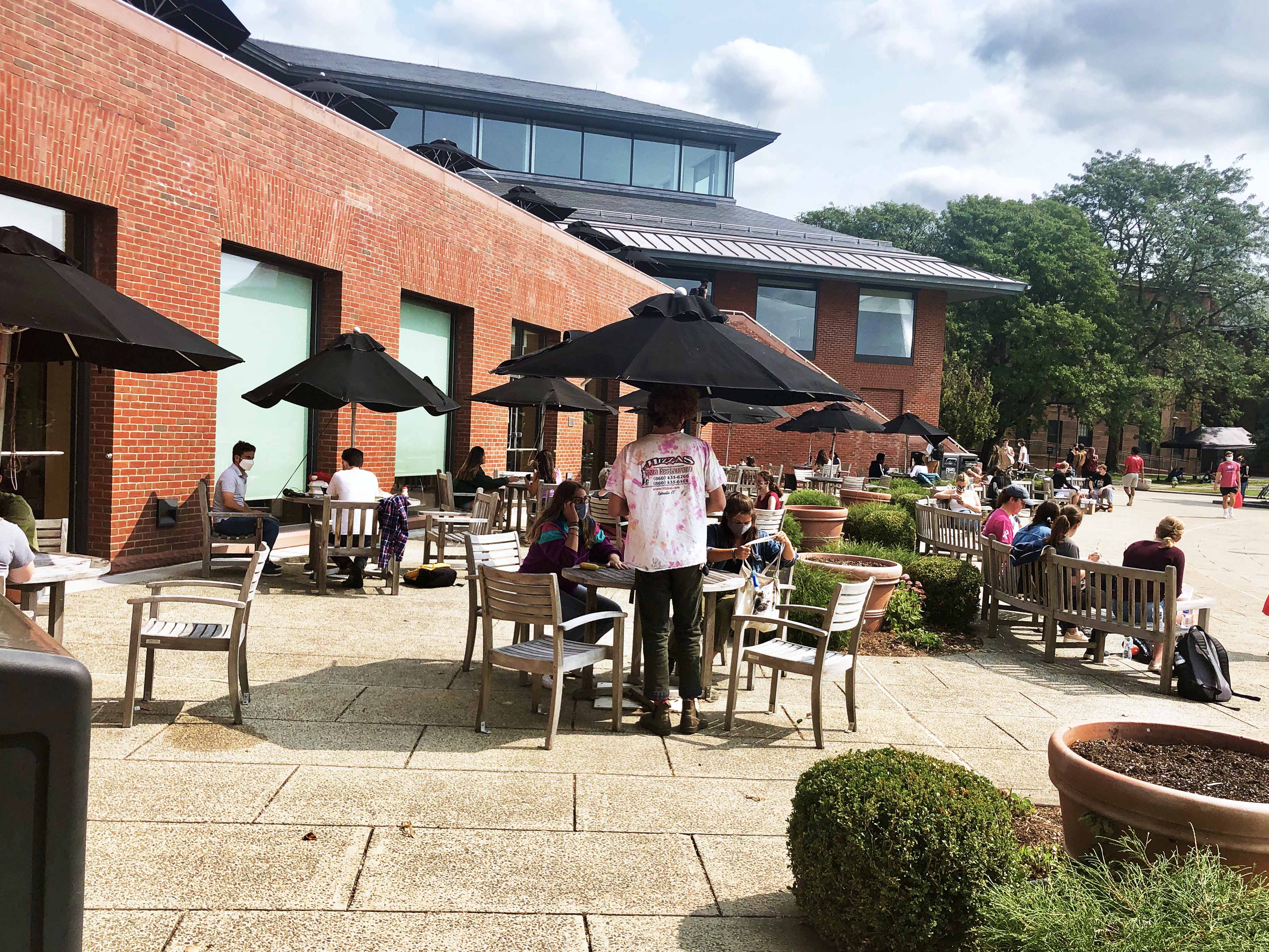 This semester, with the reopening of the Usdan Marketplace came the loss of a renowned tradition: “Veg Out Tuesdays.” Veg Out Tuesday, formerly known as “Meatless Monday,” was started back in September 2015, when it was held every other week. It was then renamed Veg Out Tuesday in September 2016, following the creation of Veg Out, a student group that is committed to reducing meat consumption on campus and raising awareness of the negative effects of animal agriculture. Veg Out Tuesday became a weekly event in January 2019.

Usually a staple, these weekly meals consisted of an entirely vegetarian menu with a focus on plant-based choices. However, with drastic changes to Bon Appétit’s dining arrangements due to COVID-19, Veg Out Tuesdays was one of the many things to go.

“We stopped Veg out Tuesdays because of the many changes made to the face of dining, (no self-service, no meal customization, and fewer options) to speed up the service process and eliminate long lines of students waiting for food,” Bon Appétit Resident District Manager Michael Strumpf wrote in an email to The Argus. “We still have a very strong stand alone Vegan station with countless other Vegan/Vegetarian options scattered throughout the Marketplace.”

The student leaders of Veg Out, Jolene Leuchten ’21 and Sage Hamilton ’21, said they have been very disheartened by the disappearance of the weekly vegetarian meals.

“We were very very disappointed because we had worked really hard to get them to be a part of the regular schedule for years,” Leuchten said. “We understood that given all the complications of Covid that some changes would have to be made.”

But club members are not the only ones who are missing these veggie-centered affairs. Stephen Philipps ’22 and Liam Caplan ’22 are among a group of Veg Out Tuesday enthusiasts who are deeply feeling this absence.

“The best parts of Veg Out?” Caplan and Philipps wrote in a message to the Argus. “As eaters, we’d say the variety. The awareness. The inventiveness. A veggie cornucopia spread out before our feasting eyes. But more than that, we miss the companionship. The fellowship. The common vegetable humanity on display, like-mindedness. There’s a better energy in Usdan on Veggie Tuesday, like the first day of Hogwarts. People revolving around the vegetable.”

While this zeal for vegetables is shared and welcomed by Veg Out members, they also realize that the sentiment is not shared by everyone.

“They [Veg Out Tuesdays] are definitely controversial, and I’m sure a lot of people were definitely happy that they were discontinued,” Leuchten said.

Caplan and Phillips also noted some fellow classmates’ disdain for the days.

“We’re not idealists,” The two wrote. “Veg Out had its fair share of fried food, appeasing the athlete who never even showed up. ‘A veggie Tuesday?’ they’d scoff, ‘But I need my meats. I like meats.’”

Even though support for Veg Out Tuesdays varied, Veg Out student leaders emphasized that their purpose was greater than just delivering tasty food to the student body.

“The motivation behind Veg Out Tuesdays was to reduce meat consumption on campus as well as to showcase just how delicious vegetarian and vegan food is,” Hamilton said. “Reducing meat consumption is one of the simplest and most impactful ways to reduce the environmental impact of our diets, so we hoped that instituting Veg Out Tuesday would encourage more sustainable vegetarian eating on campus.”

Veg Out aims to continue to spread vegan awareness even with the dining hall hiatus. Nevertheless, as with many groups, it has been tough for them to continue to meet during the time of COVID-19.

“We have had a couple of zoom meetings but our productivity has declined, like, a lot,” Leuchten said. “Hopefully before the end of the semester we figure out a means of kind of reestablishing that productivity, and also we think it is super important to reach out to younger generations, the underclassmen, to make sure that Veg Out has some longevity and proceeds even after we graduate.”

However, members said that they are confident Veg Out Tuesdays will eventually return.

“I’m fairly confident that they will, simply because if they don’t I will make a big fuss about it and make sure that they do,” Leuchten said.

This optimism is justified, as Strumpf has promised to bring back the weekly vegetarian lunches.

“The day will come when Veg Out Tuesday will return as the company continues its focus on healthy eating and the promotion of plant based protein consumption,” Strumpf said.

Though the timeline for the return of Veg Out Tuesday remains hazy, Caplan and Phillips assured The Argus that they will rejoice when the vegetarian days finally return.

“All said, we long for the day we can join again in veggie harmon-ay,” the two wrote.