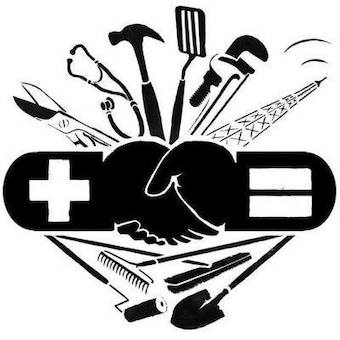 The Middletown Mutual Aid Collective (MMAC) is continuing to address the high levels of need in Middletown, especially—though not exclusively—need resulting from the COVID-19 pandemic. Among other initiatives, volunteers are currently focused on fundraising efforts, developing a direct cash redistribution program, and creating a community fridge.

MMAC was established in spring 2020 as a collaboration between University student groups and groups in Middletown, including the North End Action Team (NEAT), Wesleyan Democrats, Middlesex Immigrant Rights Alliance (MIRA), and Wesleyan for Bernie. The concept for the collective came from the Wesleyan Mutual Aid Spreadsheet, which was created in Mar. 2020 to help Middletown residents find vital resources and services during the pandemic.

“Mutual aid, by its very nature, has a long history of being a radical action and being highly, highly political in itself,” Middletown resident Tanya Burley said in an interview with The Argus. “It’s very much the members of the community realizing that the current structures of power are incapable of meeting the needs of the people that live within the community, and it is the community taking back that power into its own hands.”

After seeing that there was significant need for money to pay bills and other expenses on the Mutual Aid spreadsheet, volunteers began working with Life in My Days—a nonprofit based in Waterbury, Connecticut that coordinates mutual aid networks throughout the state—to create a cash redistribution program. Life in My Days helped connect MMAC with a grant advisor, who then helped MMAC successfully apply for In Our Backyards (ioby), a crowdfunding platform for civic engagement.

“The goals [of the cash redistribution program] were, number one, meeting needs that were being expressed, that we didn’t have any means of fulfilling just on a person-to-person basis, and number two, giving people on the alternative for a direct cash assistance with no strings attached,” one of the original MMAC student organizers and WesNEAT Co-Coordinator Emily McEvoy ’22 said. “One of the benefits is you don’t have to provide any proof of income or anything like that. We trust that the people who are requesting money actually need it, so no paperwork, no bureaucracy.”

Through their ioby page and other fundraising efforts, MMAC has raised over $50,000 for the cash redistribution program. There are currently over 1,000 people signed up for this cash assistance program.

Middletown residents looking to sign up for the program can fill out the form on both the Middletown Mutual Aid Facebook and ioby pages, or by going to the NEAT office at 654 Main St. during their drop-in hours on Saturdays from 12 p.m. to 4 p.m.

“We want to be available if people have donations to make, like wanting to drop off toiletries or anything that would be of benefit to others,” McEvoy said. “We are open then so it’s just easier than personally coordinating with people to make their donations if we say we’re open from this time for drop-offs.”

Outside of this program, there are two Middletown residents urgently in need of financial assistance so they can pay their electricity bills. Anyone who is willing and able to donate can do so by sending money through Venmo to McEvoy (@emilymcevoy21). The current goal is to raise $400 for these two residents. Any excess funds raised will be put towards the next resident in need of urgent financial assistance.

Student volunteers have started holding a donation drive every Sunday from 12 p.m. to 4 p.m. outside of WesShop. The goal of the drive is for students—particularly those with excess meal points who are already shopping for groceries—to purchase products such as toiletries and sanitary products to donate.

“We are doing a weekly donation drive outside of WesShop…and we’ve gotten an overwhelmingly positive response, which I’m really excited about,” another original MMAC student organizer Maya Gomberg ’22 said. “We sat outside WesShop for about four hours and filled multiple large boxes with toiletries and sanitary products. WesShop was actually really nice and told us that if we tell them beforehand what types of items they need, they can restock right before the drive.”

“’Many people have described Middletown as a ‘food desert,’ which just means that there’s little access to supermarkets or places where they have lots of vegetables and fresh fruit and so much organizing has happened around that,” Lola Makombo ’21, one of the organizers of the community fridge program, said. “A community fridge is 24/7, and it’s stocked by community members for community members. I think a lot of us just felt like that’s the best way to ensure that people get food, no strings attached.”

Since its inception, University students have consistently led fundraisers for MMAC. These include concert fundraisers organized by Tiny Shed, Acoustic Bedroom, and other student groups, as well as social media fundraising campaigns, T-shirt sales, most notably those of the Wesleyan Jewish Community who donated all of the proceeds from their T-shirt sales to MMAC.

One such fundraiser organized by The Workshop, “The Bazaar,” is happening on Saturday, Oct. 24, from 1 p.m. to 6 p.m. in the Hewitt roundabout. “The Bazaar” will feature students selling a variety of crafts and services, including earrings, haircuts, and clothes. All event vendors will donate a self-determined percentage of their sales to MMAC. According to one of the event organizers, Romina Beltran Lazo ’22, most vendors have already committed to donating 30 to 50% of their proceeds.

“This is an event that is supposed to cultivate community, but also with an overarching goal of influencing the Middletown community, and reaching out, not necessarily in a charity way, but in a long term sustainable way,” said Lazo. “We hope this fund keeps spreading them and we’re encouraging other student groups and other alliances to also do collaborations [with Middletown Mutual Aid] as well.”

Gomberg noted that while MMAC began to meet the needs of the community during the pandemic, the pandemic has only exacerbated existing problems within Middletown.

“A lot of people are seeing this as a COVID response, but this is not just a COVID response, Gomberg said. “This is a poverty response. This is a response to the fact that our government is not providing enough services to get everyone the bare minimum and so ideally, this type of program would be accessible and available all over, at any time,  because it’s not only during COVID that people are struggling.”

All of the student organizers emphasized that MMAC is a collective effort of Middletown community members and University students working together towards a common goal.

Organizers also stressed the importance of students remembering that when most students leave for winter break, Middletown residents still face a high level of need while students are off-campus.

For students who plan to leave campus for winter break, there are still ways to stay involved with MMAC.

“When students are here, they should be cognizant of the town itself, that Middletown is its own entity with its own vibrant life…but they can certainly help even if they’re away by just finding ways to keep up with what’s happening in Middletown, staying connected with the Mutual Aid groups,” Burley said. “We have a Facebook page and we have volunteer forms and folks can sign up there. Especially in COVID times, there’s a lot of opportunities to work and help remotely.”

“If you are involved in Mutual Aid, getting connected with the community is very important,” Burley said. “It’s those connections that you make with the folks that actually live here. Those folks will be the ones to go on and to continue the work and be interested in joining and continuing it while the Wesleyan students are away.”

One of the original MMAC student organizers and Co-Chair of the Wesleyan Democrats Bryan Chong ’21 agreed with this sentiment and asked students to listen to Middletown residents and be aware of their own privilege.

“It’s really about recognizing the importance of self-liberation, I guess, and the knowledge that people have from their lived experiences that are definitely much better than any of us would have because we haven’t lived in Middletown,” Chong said.

McEvoy emphasized that as MMAC Middletown Mutual Aid grows, it is important to remember that its ultimate goal is to serve the community.

“People know what we do now, but I hope people engaging in organizing and making use of our platforms helps them understand why mutual aid is important as a concept,” McEvoy said. “We sadly have to put a label on this work now as ‘mutual aid,’ but in reality, people are so naturally inclined to do community care as a means of survival. Some of the places and people most neglected by the government have had no choice to ever live any other way. Thinking about these things under the framework of the modern state and ‘social service industry’ makes it different and radical when it truly isn’t at all.”

Any students looking to get involved with MMAC can subscribe to the WesNEAT newsletter to learn more about the Middletown community and both in-person and remote opportunities. Students interested in subscribing to the newsletter can email McEvoy at emcevoy@wesleyan.edu or WesNEAT co-coordinator and NEAT board member Alphina Kamara ’22 akamara@wesleyan.edu. McEvoy also suggested that students join Middletown Facebook groups such as What’s Happening in Middletown and Middletown Racial Justice Coalition to become better acquainted with the Middletown community.