Cardinal Cafe in Freeman Athletic Center to Open on Oct. 12 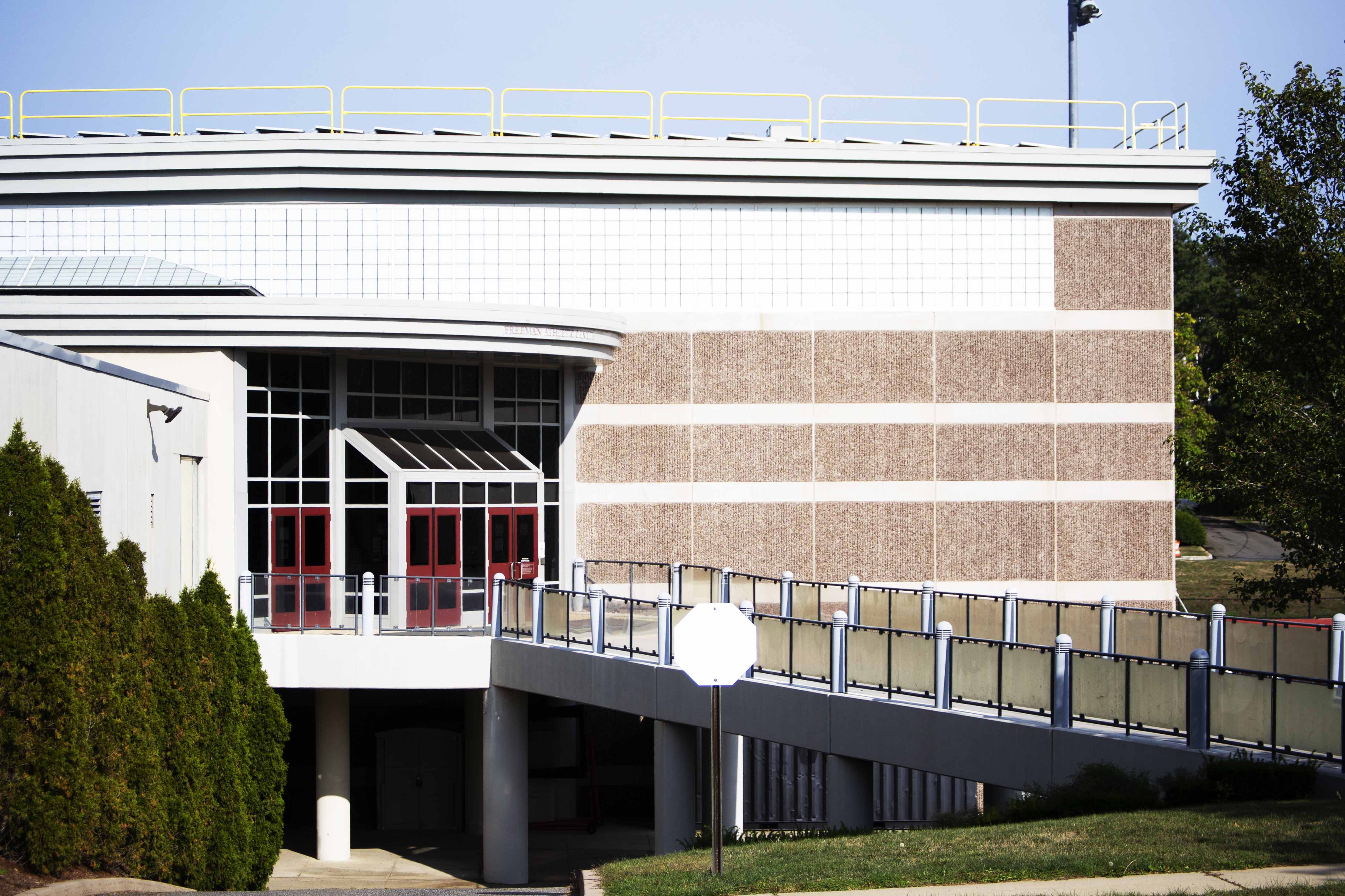 Cardinal Cafe will open on Monday, Oct. 12 in the Freeman Athletic Center and will serve grab and go options, smoothies, and protein bars, among other menu items. Students will be able to use meal plan points to purchase food from the Cafe Monday through Friday, from 3 p.m. to 7 p.m. The option to use meal swipes may also become available, according to Bon Appetit Resident District Manager Michael Strumpf.

The Cafe underwent a soft opening last semester at the start of spring break but soon closed with the rest of campus due to the COVID-19 pandemic.

“The Cafe had only been open for a couple of days before the pandemic struck,” Associate Vice President for Finance Christopher
Olt wrote in an email to The Argus. “Our plans for a grand opening were put on indefinite hold.”

Following discussions between Bon Appetit and the Freeman Athletic Center, the decision was made to open the Cafe on Oct. 12 for the fall semester. Due to COVID-19 concerns, the Cafe’s menu has been scaled down. Other dining locations operated by Bon Appetit, like Pi Cafe and Usdan Cafe, have also changed their menus because of the pandemic.

“A lot of the coffee drinks, espresso drinks that we used to make in Pi [Cafe] and Usdan Cafe as well…during these times we have to scale down those kinds of customized options to eliminate long lines of people waiting,” Strumpf said. “So that’s out of the picture.”

Instead, the Cafe will offer students a selection of ready-made options.

“We will do drip coffee, we’ll do grab and go items, pre-made salads, sandwiches, and energy bars, protein bars, and I have an extensive made-to-order smoothie menu there, which we’re going to scale back,” Strumpf said. “We’ll try to pre-make probably two to four of the smoothies that I found to be the most popular in the four days we did operate [over spring
break].”

“I just kind of approached Bon Appetit specifically about some kind of protein shake, juice bar, that kind of a deal, and it kind of evolved into them wanting to do a bigger deal and do some grab and go stuff that athletes might be able to get after practice,” Whalen said. “’Cause a lot of times kids are literally running right from practice to a class or a review session….So to be able to pick up something and take it with them is better than eating nothing after practice. So that was, at least, my motivation was to try to provide more options for our students.”

The Cafe’s opening will come just three days before winter varsity sports teams begin practices on Oct.15, at which point all varsity teams from across all three sports seasons will be practicing in the Freeman Athletic Center. Whalen hopes this rise in the number of students using the Athletic Center will help boost business at Cardinal Cafe. 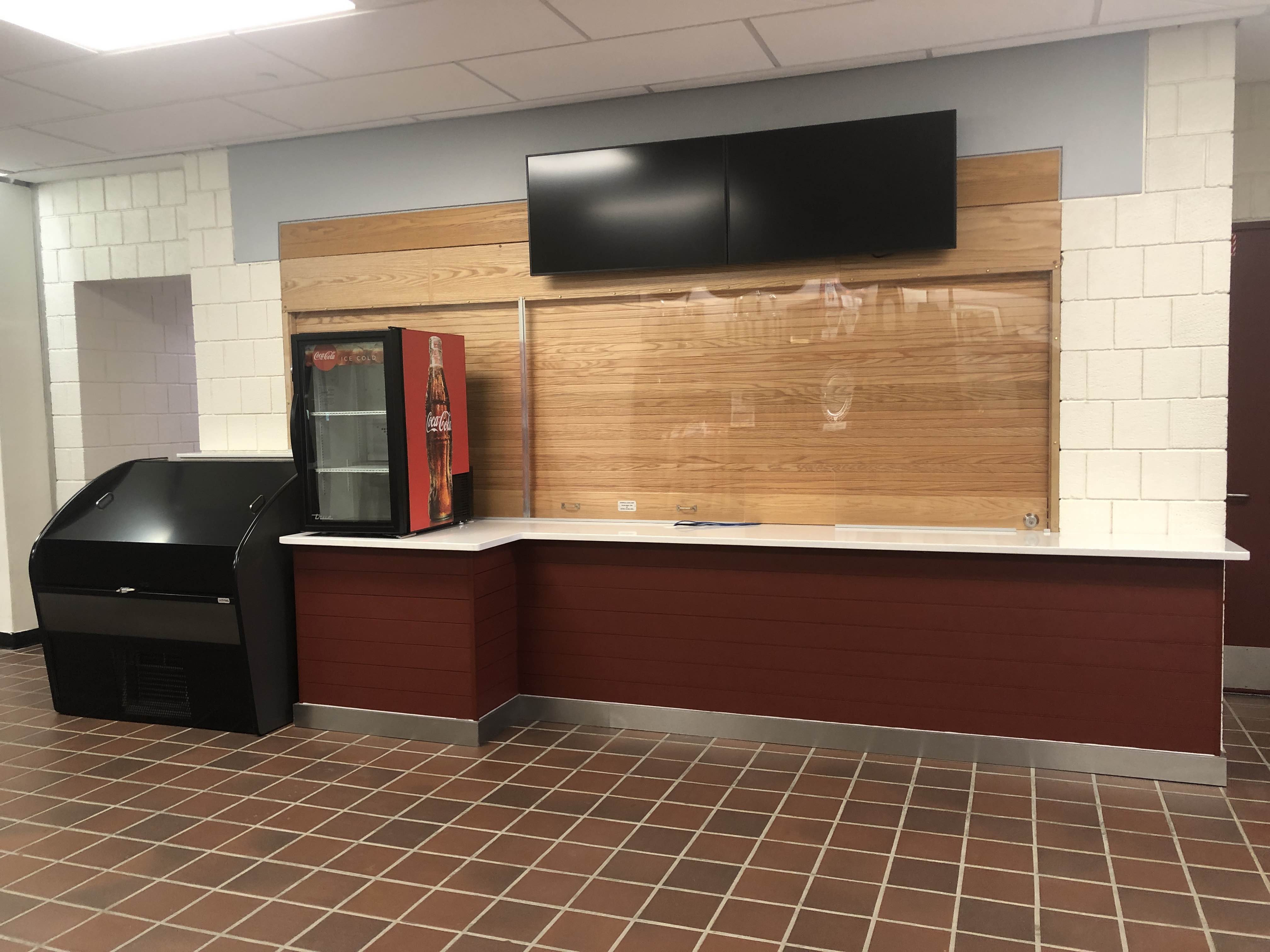 “We should see quite a bit of traffic from the students coming through Freeman with all of the teams practicing once October 15 gets here,” Whalen said. “So it’s my hope that with all of the student-athletes coming through the building, that hopefully kids will take advantage of [the Cafe].”
Currently, students wishing to use the Athletic Center are required to register for a time slot. However, Whalen says that students will not need to have a scheduled workout time if they only want to stop by the Cafe.

“If, once the Cafe opens, the students want to come by and just visit the Cafe, they’re not going to need to sign up online or anything,” Whalen said.

“We saw an opportunity to have Bon Appetit take over operations and expand offerings and hours of operation,” Olt wrote. “We envision the Cafe being open during the day catering to students using the Freeman Athletic Center, but also able to operate more of a concession stand model during various athletic competitions.”

Though Strumpf believes it is too early to begin planning how the Cafe will operate in the spring semester, he hopes students will take advantage when it opens this semester.

“Hopefully the students are satisfied with what we tried to accomplish and what we’re still able to do as far as food choices and quality of food,” Strumpf said. “I hope the students will try it out…and I hope things get back to where they were to a degree, more or less, and we could really show what that cafe was intended to do.”