Coyotes on Campus: Sightings in Middletown Are “Nothing New,” Middletown Animal Control Says 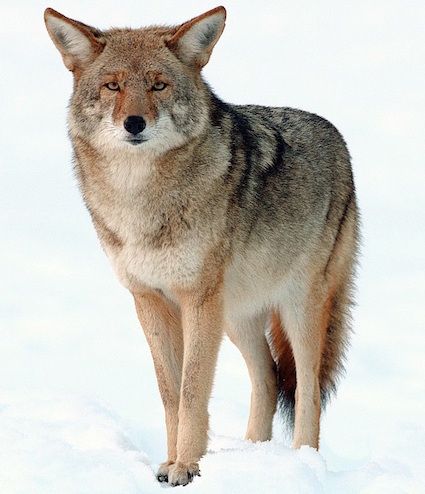 Several coyote sightings around Junior Village (HiRise and LoRise) have been reported by students and Public Safety (PSafe) Officers since the start of the fall semester.

No one at the University has reported being attacked or bitten by a coyote, which is unsurprising as coyotes rarely attack humans. It is unclear whether there are multiple coyotes in the Junior Village area, or if there is just one which has been spotted multiple times. While Coyotes have family groups, they tend to travel and hunt alone or in pairs.

As of Thursday, Sept. 24, coyotes have only been spotted on campus at night. According to Interim Captain of PSafe Paul Verrillo and The Urban Coyote Research Project, this is a good sign, as coyote sightings during the day could mean the animals are becoming less fearful of humans.

While some students have expressed alarm at seeing a coyote on campus, the animals are common throughout the state of Connecticut. According to Middletown Animal Control Officer Gail Petras, seeing coyotes in the Middletown area is normal. While coyotes are usually found in secluded, wooded areas, it is not abnormal for them to stray into more densely populated areas.

“It’s nothing new; it’s something that regularly is reported to us,” Petras said.

Verrillo told The Argus that PSafe officers have seen coyotes before in more secluded areas of campus, including Long Lane and behind Freeman Athletic Center, but seeing them in busier areas of campus may be cause for concern. Specifically, one of Verrillo’s main worries is that students may try to feed the coyotes.

“We’ve had instances in the past where students feed squirrels or feed things. These are not animals to mess around with,” Verrillo said.

If students do attempt to feed coyotes, Verrillo worries that they may begin to lose their fear of humans.

“Typically they like to stay away from people, and if they’re not afraid of people, that’s concerning,” he said.

According to The Urban Coyote Research Project, not feeding coyotes is the easiest way to prevent conflict.

“Coyotes that are fed in residential neighborhoods can lose their fear of people and may eventually test humans (and pets) as possible prey,” the website reads.

Verrillo speculated that the coyotes may have ventured into Junior Village and the surrounding area because Bon Appetit was serving food outside HiRise and LoRise from Monday, Aug. 24 to Sunday, Sept. 6 while students were in their two-week quarantine period.

Petras explained that food often attracts coyotes as well as other small animals such as mice, chipmunks, and birds to residential areas, providing prey for the coyotes.

“If you draw rodents you’re going to draw the bigger things on the food chain,” Petras said. “You just want to make sure you’re not leaving food out that could become an inadvertent food source for wildlife.”

If students do encounter a coyote, they can contact PSafe for assistance. Verrillo explained that officers would help students as best they could and would call Middletown Animal Control for further support. According to Verrillo, PSafe does not plan to intervene to try and trap any coyote or to take any action to deter the animals from the area.

Zoey Goldberg ’22 explained that she saw a coyote across the street from the Junior Village parking lot (W Lot) outside the Water’s Edge Center for Health and Rehabilitation on Church Street.

“It was directly across the street, and I just never been that close to a coyote before, and I hope to never be again,” Goldberg said.

At first, Goldberg was unsure what the animal was.

Like Goldberg, Abby Sodie ’22, who saw the coyote outside her LoRise during her first week on campus, was unsure if she’d really seen a coyote.

“I thought coyotes were smaller and more dog-like—I was just so confused—because it looked like the mix between a dog and a deer. It was super startling and I didn’t realize that coyotes actually looked like that,” Sodie said.

Helena Sanchez ’21 saw the coyote while sitting outside her wood-frame house on Church Street with a group of friends. One of her friends spotted the coyote walking along the driveway, about 30 to 50 feet away.

“I thought it was a coyote but I wasn’t sure, and then I looked up a picture, and it definitely was,” Sanchez said.

Sanchez and her friends were able to scare the coyote away by making noise.

“We weren’t scared and running away, but we were kind of on the defense….I could tell it wasn’t a domestic dog, and so just by raising our voices a bit we were able to scare it away. We didn’t have to throw anything at it or anything,” Sanchez said.

If students do see a coyote, Petras explained that students should do exactly what Sanchez did: remain calm, don’t run away, and try to scare it off by making noise.

“We tell people it’s kind of cool if you see them, take a picture, observe from a distance,” Petras said. “If you think they’re too close, make a lot of noise, and they should want to take off. If for some reason they don’t or their behavior is suspicious like they’re falling over or looking ill, they should always call the police department, and they’ll call us, and we’ll send someone out there to check it out.”

It is also crucial that students keep a safe distance from coyotes and treat them with respect.

“If a coyote is acting as a coyote should by avoiding humans and pets, do not seek out opportunities to haze or otherwise aggravate the animal,” the Urban Coyote Research Project website reads. “Embracing communal respect is key.”