Ten WSA Senators Elected to Represent the Class of 2024 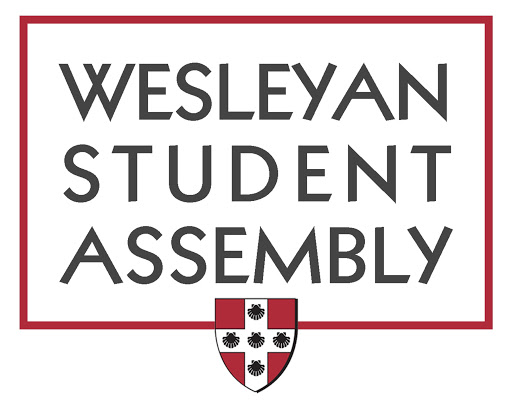 Each of the new senators brings a range of experiences to the WSA, with many having served on their student government or equity and inclusion organizations in high school.

Clarke, for example, emphasized how her six years of experience on city council committees have prepared her to use her position on the WSA to work directly with administrators to enact change.

“[Youth voices] are the most underrepresented because we can’t vote and because people don’t really think that we have ideas or opinions about what we want to do or who we are,” Clarke said. “I’ve really learned a whole lot of skills about how to create successful youth, adult partnerships, and how to give adults the space to learn how to work with youth in a way that’s actually effective, and to see them as partners and coworkers, and not just as resources to be tapped.”

Quinteros explained that in addition to his involvement in his high school student government, his transition to life in the United States empowered him to join the WSA to help students, especially First-Generation, Low-Income (FGLI) students, transition smoothly and feel supported by the Wesleyan community.

“Coming from Ecuador, I didn’t know the English language, so it was very difficult for me and I had a difficult transition to a new life,” Quinteros said. “The experiences that I had are similar to the experiences of many students on campus, so I want them to know that I plan to learn from my experiences to help enact change that helps those students that are in similar positions as I am. I had difficulty transitioning to this country and I’m also having difficulty transitioning to college right now. And I know many students have been through that. So I want them to know that we have a connection and I plan to use that connection to help them.”

Brennan said that the disproportionate impact of the COVID-19 pandemic has further motivated her to advocate for the needs of FGLI students as they transition to life at the University during this unprecedented semester.

“Right now as a first-year going through ‘COVID college,’ I feel like a lot of people didn’t really think about what that transition would be like for first years,” Brennan said. “It’s almost like a little bit of a disconnect between like us as first years existing on campus during coronavirus and like the rest of the school, and there’s so many things about Wesleyan that we just don’t know yet, and are going to have to be introduced to at a delayed time.”

The first GA meeting took place on Sunday, Sept. 13, just one day after the election results were announced. Following the session, the new senators have begun to think about potential projects they want to undertake during their term. For instance, Lulgjuraj hopes to work towards making the University more accessible for all students, especially FGLI students.

“I am excited to work on ensuring the elimination of the $1.25 charge for washing laundry,” Lulgjuraj wrote in an email to The Argus. “As an FGLI student, I am beyond excited to represent the needs and interests of students like me.”

Reflecting on her first meeting, McKiernan told The Argus how welcoming she found the first GA meeting.

“I really enjoyed the first meeting!” McKiernan wrote in an email to The Argus. “I love the structure and language that I get to learn (like how a break is called an ‘informal caucus’) and I was impressed with the organization of the WSA. The group has more influence on campus than I realized and I’m excited to be a part of it.”

When asked why they wanted to join the WSA, the new senators gave a variety of responses, ranging from a desire to institute change on campus to hopes of bringing the University’s community closer together with an increase in community involvement. Bragado and Chang both expressed their interest in working towards the latter.

Speaking to some students’ feelings of isolation, Chang explained that she hopes for a closer-knit campus community in the midst of the pandemic.

“I am excited to work alongside the administration and student groups to make the most out of this year under these special and unfortunate circumstances,” Chang wrote in an email to The Argus. “Especially during this time when in-person contact is limited, it’s important to maintain a sense of community among peers and within Wesleyan as a whole.”

Many new senators ran in hopes of finding a community of like-minded peers looking to make a difference.

“I really loved the people in student government at my high school and I found it rewarding to give back to the community and advocate for my peers,” McKiernan wrote in an email to The Argus. “I was looking for a similar experience at Wesleyan and I also thought it might be a nice way to meet people with similar interests given the COVID-19 restrictions.”

More than anything, each and every one of the new senators is passionate about working to reach their goals and improve the University’s community through their roles on the WSA.

The effect of the pandemic on the University has not discouraged the new senators from their desire to enact change.

“Even though everything’s on Zoom, that doesn’t mean I’m any less ambitious…I think in some ways, we do have the sort of hamper expectations, but I don’t think that that means we have to hamper what we’re expecting of the WSA and the sort of change that we’re anticipating because I think in some ways, having all these skills online enable us to do a lot more things,” Clarke said. “It’s so much easier to attend county meetings and to have your voices heard.”