September 17, 2020, by Will Slater, Contributing Writer 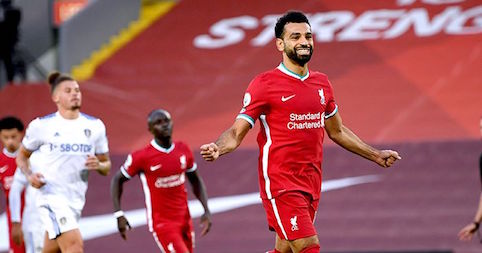 Part 1 of this preview covered the Premier League’s biggest clubs, those with a real chance at finishing in the top four and qualifying for next season’s Champions League. Too often, though, Premier League coverage is reduced to excessive attention on the most successful clubs. This is a disservice to the quality, stories, and entertainment value the rest of the Premier League has to offer (or, in the case of this preview, with apologies, that several of the rest have to offer). For neutrals and diehards alike, it’s worth taking the time to think about big picture themes and challenges the Premier League will face in the year ahead.

Everton will have had more time to learn and embrace the teachings of Carlo Ancelotti, the legendary Italian manager who took over the team last December. Ancelotti will be aided by high profile signing James Rodriguez (if you only tune into soccer for the World Cup, you may remember the Colombian’s exploits in 2014). How James fits into the 4–4–2 formation Everton played for much of last year, if at all, is an open question. Much of Everton’s pressing system is built around their dynamic, young, athletic forwards, Richarlison and Dominic Calvert-Lewin. Hopefully, Allan Marques Loureiro, another new signing who played for Ancelotti at Napoli, will bring more bite to the midfield.

After a lackluster end to last season, Crystal Palace has brought in the young attacking midfielder Eberechi Eze from Queens Park Rangers, who will hopefully support Wilfried Zaha’s lonely talent.

After an impressive end to last season, Southampton will hope striker Danny Ings can replicate a career year, and midfielder James Ward-Prowse can take confidence from his recent start for the English national team.

Sheffield United will look to prove their surprising ninth-place finish was not an isolated overachievement. Chris Wilder established himself as one of the best tactical minds in the league, capable of building a team that is greater than the sum of its parts. Wilder’s under-appreciated counterpart at Burnley, Sean Dyche, will push to take his small-town club to the next level, perhaps aiming to qualify for the Europa League. Wolverhampton just missed out on the Europa League and should expect themselves to qualify next year, behind Nuno Espírito Santo’s tactics, Rúben Neves’ quality play in midfield, and Adama Traore’s well-oiled arms.

Up in the Premier League for the first time in sixteen years, Leeds United, a historically big club coached by a legendary manager in Marcelo Bielsa and powered by midfielder Kalvin Phillips, need their high-octane style to translate to the PL. West Brom and Fulham face lower expectations as they too return to the Premier League and will likely have to scrap to survive and avoid relegation.

The Premier League is also home to some of the best, or at least the most famous coaches in the world. Pep Guardiola and Jurgen Klopp are perhaps the two greatest coaches of their generation. They’ve been battling for years, first in Germany and now in England. While both approach their jobs with shameless intensity and seriousness, they’re also always worth a listen in post-game interviews. Even beyond the very top, there is a Premier League coach for every personality type. 90% of what Jose Mourinho says is meant to agitate. Carlo Ancelotti once wrote a book called “Quiet Leadership.” Legend has it, Marcelo Bielsa earned his nickname, “El Loco,” by approaching a crowd of angry fans chanting outside his house with a grenade in hand, threatening to pull the pin if they didn’t leave. Mikel Arteta has insane charisma and the best hair in the Premier League (so thick it looks the same in the rain as it does dry!). Sean Dyche has the exact sideline persona you would expect.

The transfer window (think trade deadline in the United States) ends a week into October, later than usual. With the economy being what it is, the biggest and wealthiest clubs have and will continue to leverage the market to contract good players off smaller clubs at cut rates. A flurry of deals might come as the deadline approaches. By that point, clubs may have a better sense of just how sizable their losses have been and will be from losing stadium revenues. Clubs are beginning to release plans to steadily bring back fans in the coming months, but rising COVID-19 cases in Europe mean caution and patience will be required. Some small clubs with lesser financial means are already struggling to stay in business, particularly in the lower tiers of English soccer where TV money drops dramatically and gate receipts are a huge portion of revenue.

As we look ahead to the 2020-2021 Premier League season, one must admit that for all the excitement, everything feels strange. It was one thing to finish last season behind closed doors, but to start a new one the same way, months later, is harder to reckon with. And yet, there’s so much to look forward to. There are players to track, strategies to analyze, and more than anything, a grand drama to watch unfold. Even in this altered, sometimes empty-feeling form, soccer is soccer (or, football is football). As the saying goes, change what you will, but “the ball is round,” and in the end, that’s all that matters.