The College of Integrative Sciences (CIS) announced the winners of this year’s Scientific Imaging Contest: Osama Elgabori ’22, Carol Dalgarno ’21, and Jolie Villegas ’21, who came in first, second, and third place respectively on Thursday, July 30. The announcement came at the penultimate meeting of the CIS Summer Research Fellowship Research program, which was held remotely this year due to COVID-19.

Students who participated in the program could opt to submit images of their work, paired with short descriptions, to the contest. Faculty members served as judges and looked for visually striking images that incited curiosity and effectively portrayed the students’ summer research. This year’s three faculty judges were Associate Professor of Chemistry Brian Northrop, Associate Professor of Molecular Biology and Biochemistry Amy MacQueen, and Assistant Professor of Physics Meng-ju (Renee) Sher ’07.

“We don’t set boundaries for the most part on what can be submitted because we don’t want either students trying to just construct an image to check a number of boxes and we don’t want to put constraints around people’s creativity or the way they interpret and want to represent their research,” Northrop said. “We want to make sure we have some representation from different disciplines so that we can try and help each other interpret things. As far as the criteria for the judges go, it’s not generally been the case that the judges would come in and all agree.”

This year, each of the images the judges selected represented a different scientific discipline.

Advised by Professor of Physics Brian Stewart, Elgabori adapted a program over the summer to simulate star collisions, which can be used as a model of the collisions between two atoms. Another program recorded the outcome and matched each type of outcome to a color. Elgabori modified the resulting image, selecting colors that he deemed would be the most visually appealing with each other. 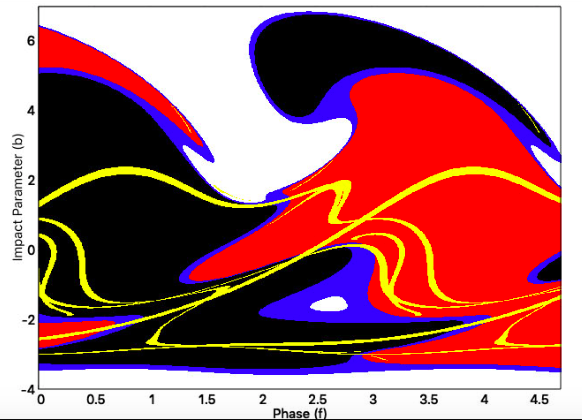 “[The shapes produced] were just kind of honestly unexpected and it just seemed very interesting and unique,” Elgabori said. “And personally, when I first saw them, I thought that they were good and that in terms of what I’m doing for research, they made me think, ‘Oh, I’m looking at something that’s very strange and chaotic,’ even though the system itself is set up very simply.”

Unlike Elgabori, Dalgarno researched translation regulation in ribosomes using a computer simulation of molecular movement advised by Professor of Biology Michael Weir. Dalgarno made heat maps that were composed of multiple squares, each representing a unique experiment. Upon showing the heat maps to her family and friends, they pointed out that the images looked like quilts, a similarity that guided some alterations to her submission. 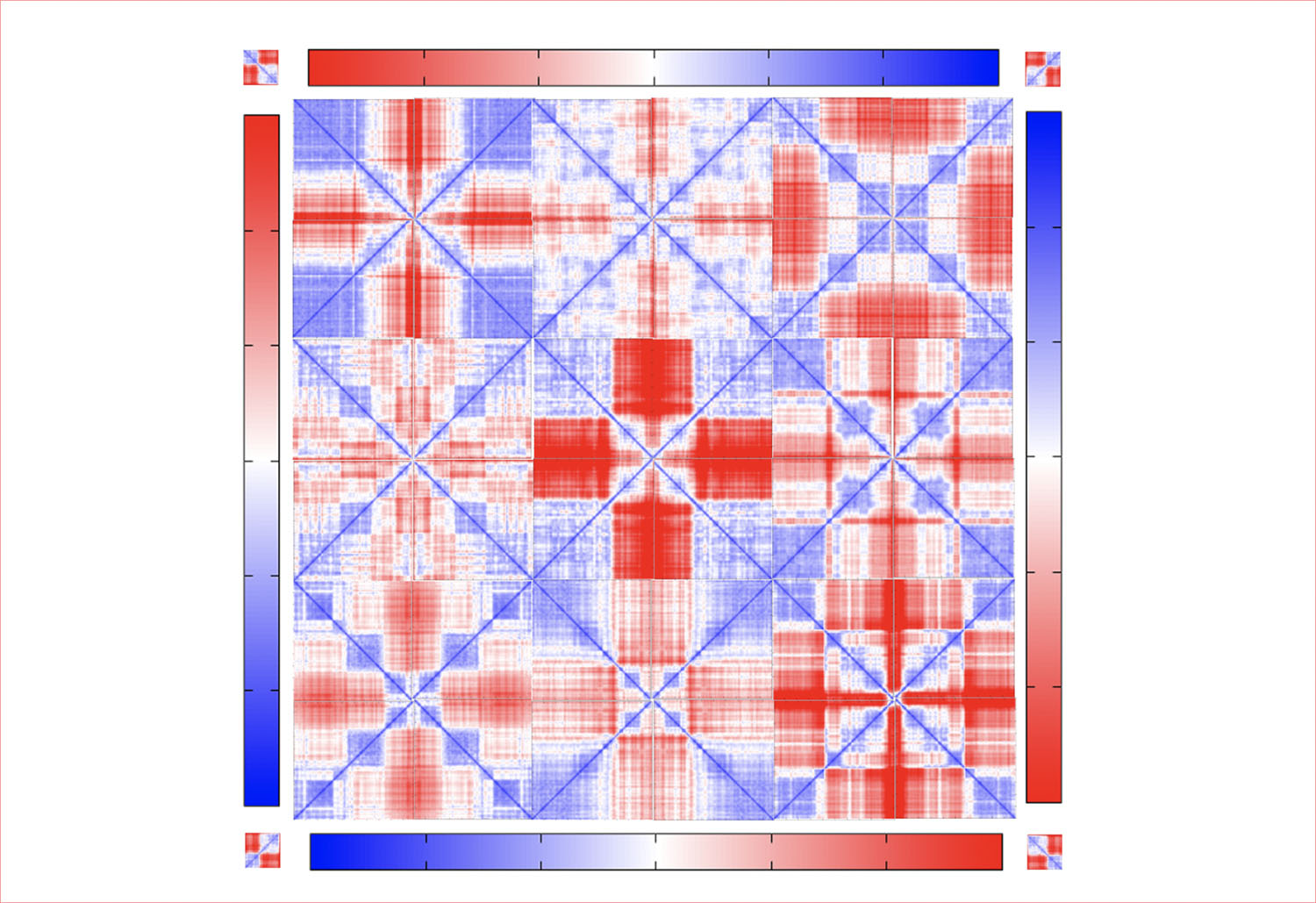 “I tried to approach it by trying to make something that was really eye-catching and interesting to look at that would bring in people who are not biologists and didn’t know what molecular dynamics was … but then have a really strong science message behind it, which was that each of the squares on the quilt is a different experiment,” Dalgarno said. “So by putting them all side by side in these really pretty repeating patterns, you can emphasize the diversity between the different experiments and see that each one has kind of its own profile that shows up in the quilt.”

Advised by Professor of Biology Sonia Sultan, Villegas’ research and subsequent image focused on plant root scans. With the goal of testing how drought conditions mediate heritable phenotypic effects of different seedlings that grow in dry conditions, Villegas created a collage of the diverse set of scans she had analyzed. 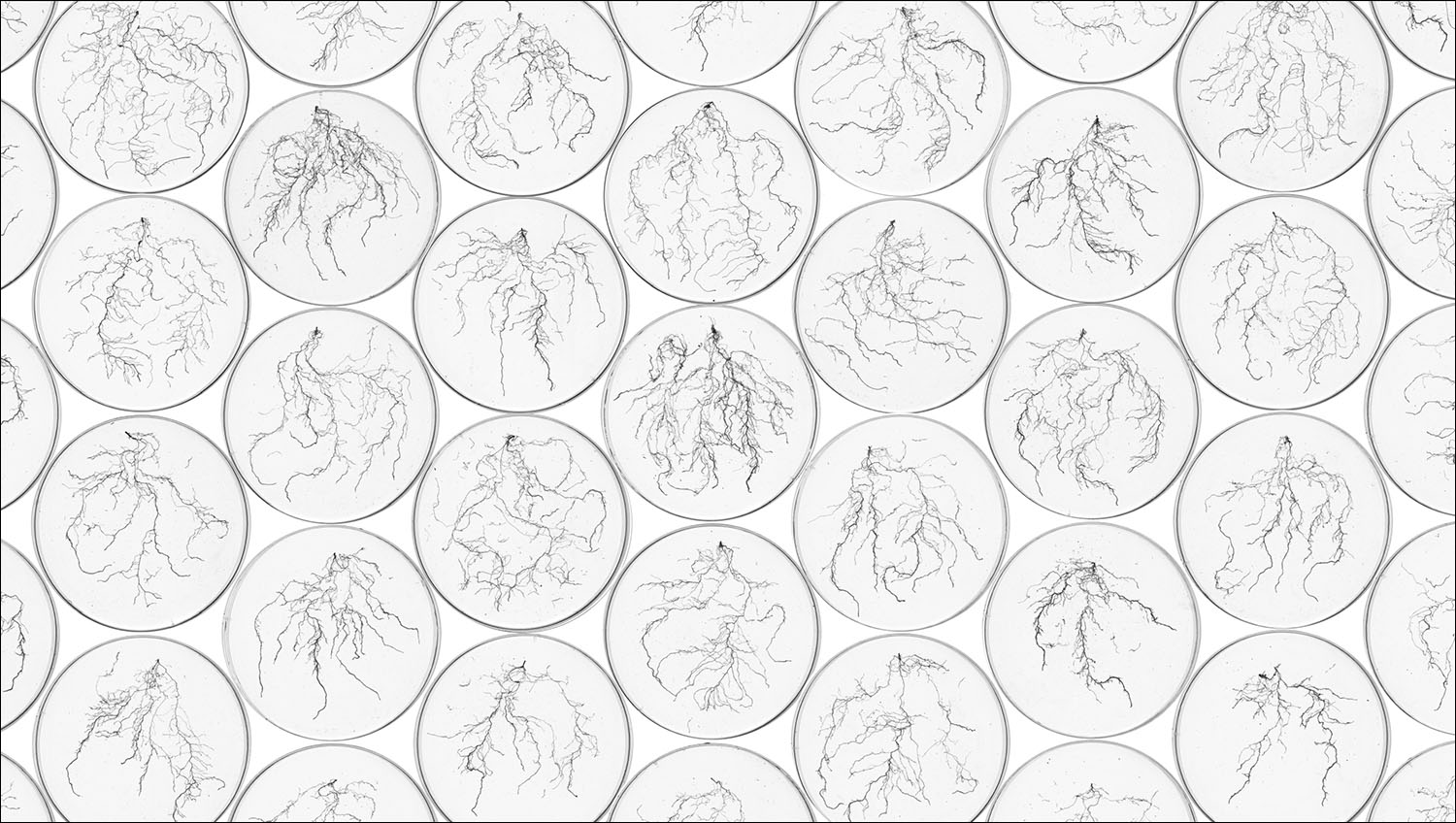 “When I first heard about the Scientific Imaging Contest, I knew right away that I wanted to apply because the specific lab work I was doing this summer was so visual,” Villegas wrote in an email to The Argus. “My submission ended up being a curation of Polygonum cespitosum root scans. I was not thinking about the competition while doing the lab work and never had any big plan of what I wanted the image to look like. I just knew that I wanted to showcase the roots in a way that showcased their complex branching structures.”

Each of the contest winners worked closely with faculty advisors throughout the summer who facilitated their research and encouraged them to submit their work to the contest.

“Basically all day we were emailing back and forth different rotations of the heat maps and different border options, which was kind of fun because we got to have a back and forth and it ended up being a really nice synthesis of both of our ideas,” Dalgarno said. “It’s definitely cool too because we were both getting very excited about it.”

The three finalists were awarded prizes of $150, $100, or $50 depending on their placement. However, the cash prize is not the only reason participants entered the contest.

“We wanted to promote not just the great science, but also the kinds of ways of communicating and visually interpreting and representing science,” Northrop said.

Oliver Cope can be reached at Ocope@wesleyan.edu

Elias Mansell can be reached at Emansell@wesleyan.edu