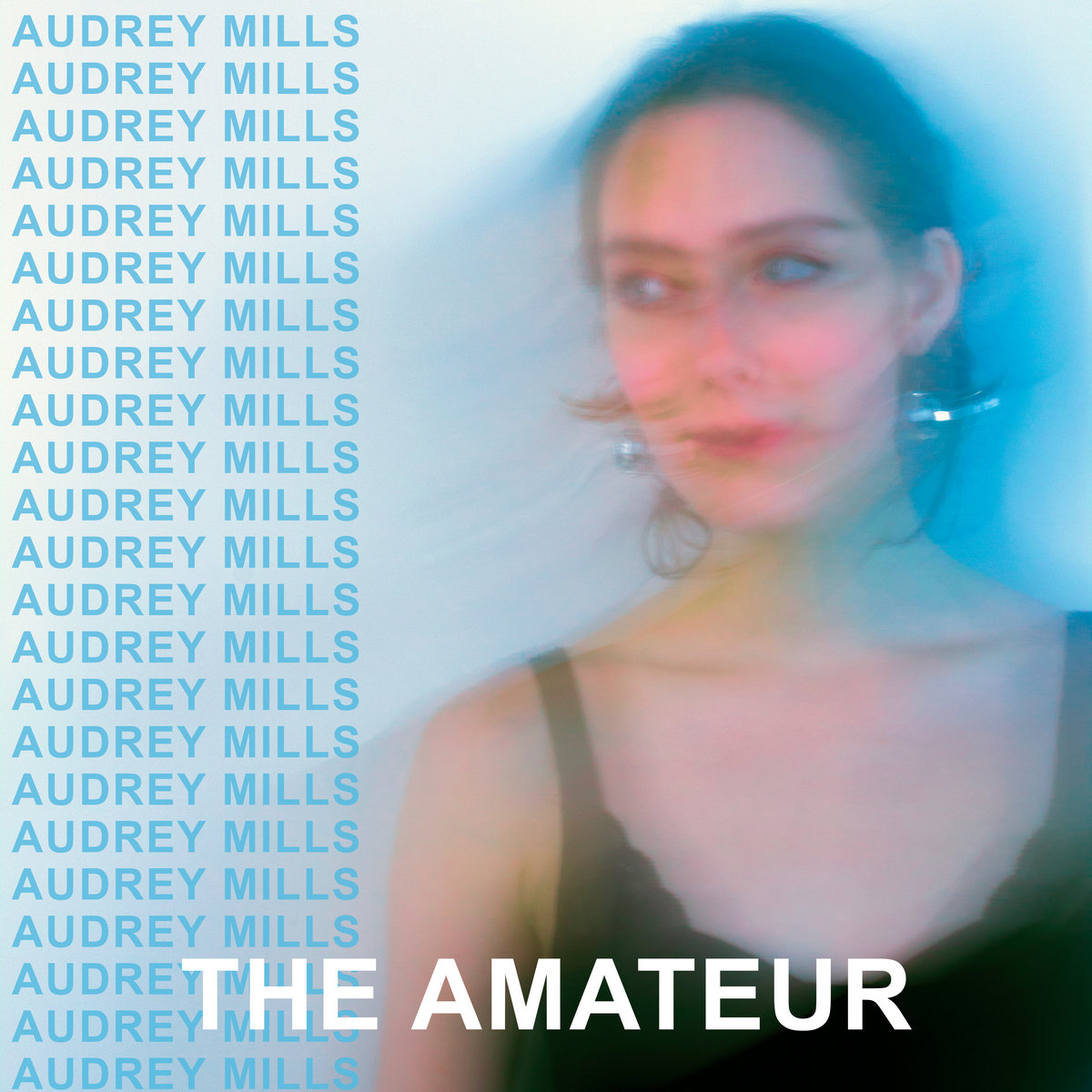 While many students were making their way through the entirety of Netflix or figuring out ways to fill the long summer in quarantine ahead of them, singer-songwriter Audrey Mills ’23 was recording, producing and releasing her first album, “The Amateur,” all from within the four walls of her closet in Texas. The homemade, indie pop-inspired album features cleverly crafted and catchy songs exploring Mill’s connection to her home city (“Houston”),  the aftermath of a breakup (“Trap Door”),  and even Wesleyan’s distinctive film culture (“Film Girlfriend”). The Argus sat down over Zoom with Mills to discuss her process of making the album, as well as her plans for the upcoming semester.

“The Amateur” can be found on major streaming platforms here. This interview has been edited for length and clarity.

The Argus: When did you first start performing? You also write your own material, when did you start doing that as well?

Audrey Mills: I started [writing my own material] in elementary school. There was a thing in my neighborhood where child musicians could go to practice, write music, and perform together. I ended up being a counselor for those summer camps later on in life. In middle school I started playing at different cafes and tiny venues for parties and things like that. In high school I mostly took a break to focus on school, and then when I got to Wesleyan, I was like, “Well that was always fun, let me try to jump back into music again and have a good time,” and that is what I have been doing.

A: How would you describe your musical style? Are you inspired by certain artists or aesthetics that shape your music?

AM: Yes. There are two artists that I am inspired by, in terms of definitely wanting to be similar to them, and those are Mitski and Weyes Blood. I just can’t get enough of their music. But, for the most part, and this is kind of strange, I try so hard to not listen to any music that I could sound similar to. I don’t want to plagiarize anything! I listen to a lot of very cheesy pop songs because I want to write songs that are catchy, and if I want anything to infect me, if I want to absorb anything, it is the ability to write a catchy melody.

A: The pandemic has obviously affected a lot of things. There were a lot of musical events that were supposed to happen in the Spring, and with the campus being shut down, you had to return home. How did that affect your music, for better or worse?

AM: Weirdly enough the pandemic was good for my music, because I am a person who gets very distracted by social things rather than working on my own art. So, I was stuck at home with no friends, and I was like, “Time to finally focus on the album I had been procrastinating on for over a year.”

A: So, tell me about that album, “The Amateur,” then. When did you decide that you wanted to do it? What was it like recording it during quarantine, and how did you manage to do it by yourself? It’s really impressive!

AM: I feel like it doesn’t sound very professional saying it, but I had a lot of fun making it. Essentially, in my senior year I wanted to put out an album on graduation day, and I told people that I would. But, I got really busy and didn’t finish it, so I just kind of disappeared off the face of the earth. I tried to put it out at the end of that summer, before I went to Wesleyan, but I was working a waitressing job, so I was very tired from that and the traveling. I didn’t get anything done that summer.

This summer, what else was I supposed to do? I could finally focus on it, so my mom and her boyfriend helped me put some blankets on the walls of a closet and make it into a little vocal booth. It was very warm in the Houston summer, in this heavily insulated closet with blankets and foam. So, I would just be in there half naked, sweaty, singing into a microphone plugged into my computer and playing on my midi keyboard. For my guitar, I plugged it into my computer with a special cord. I made the choice to do everything myself. It’s a choice I kind of regret, because I’m not that great of a producer. I got Logic over the summer and was like I am going to learn this, I am going to do this all by myself and I did.

A: Oh definitely! I think that the decision to produce yourself meant that you had to put a lot of work into it, and I guess it feels more personal, the fact you recorded it in your house and the fact your family helped you as well. That will come through in the album! Right now, as you are back on campus and you have released the album, what kind of reception has the album received?

AM: I did not expect that people would be so nice. What I expected was for people to listen to it once, and then lie to me and say that they like it! But, the good thing about releasing an album on the internet is that you can see how many times people listen to it, and so the streams were like hundreds of times higher than the amount of listeners, which meant that people were listening to the songs a lot. That felt really good to see, and when people gave me compliments in person about it and were being so nice about it, it was just so much easier to trust them.

A: That’s amazing. Are you working on anything at the moment? What do you hope for in the coming months as far as your music is concerned?

AM: I am working on a few things. I am writing a song for Gabriel Ballard’s [’21] thesis, and I am so excited to do that because I respect him so much. Also, I am composing the music for a musical that I have been working on for a few months with some girls who go to Vassar. We got a lot done over the summer, but we are hoping to have our first draft of everything done by the end of November. I didn’t realize how long it would take to write like two hours worth of music. I was like, “How hard can it be?” It can be very hard—especially since they want every song to be a slightly different genre. They’re lovely, but it is a challenge in the best way.

I am also in a band. We are still finding our sound, so we are not an official band yet but we are going to be called Seltzer, and we are going to try and play some shows in any way that we can this semester and next semester, when we feel like we are ready to debut.

A: So you definitely have a lot of projects to dip in and out of and a lot going on.

AM: Yes, I am juggling! But, we’ll make it work. I am literally just here to have fun.

A: Definitely! You said that you felt like having this extra time and being in quarantine meant that you were really able to devote time to your music. Do you think that music has been particularly encouraging during this time, and would you maybe encourage people—if they are musical—to tap into that? It seems like it has helped you a lot during this time!

AM: I cannot stress enough how much it helped me. Oh my goodness, I was so depressed from being stuck in my house, away from friends all summer. Music—it sounds stupid—was the only way that I could cope. It has been the emotional release that I have turned to over the years. It has been the only thing that works for me to get me to feel better. It’s like the only key to the lock towards my emotional stability. So, that is what personally works for me better than any pill, yoga, or meditation ever could. Different things work for everybody.

Music, or art in general, is not always the release that people want it to be. It can stress you out more. It can make you feel worse, because you feel the pressure. But, it can also be helpful, if you are that way inclined. So, I would say try it out if you are interested and see how it goes.

AM: Yes. I really love being a writer and writing scripts, but that is not a stress reliever for me. That is something where I sit down and it feels like this task and there is this pressure for it to be good. When I sit down to write music, it is like eating candy. There is no pressure. Both of those things [music and writing] are very important to me. I just experience them in different ways.

A: Is there anything else that you would like Argus readers to know?

AM: I would just say that something that was a big realization for me was that I am someone who tends to be disappointed in their work. As soon as I released the album, my stomach sank because I was like this project was about the process, and now it is out in the world, and I am so terrified because this is the first time I have ever tried my best, and what if my best isn’t good enough? Then I found out that it doesn’t really matter. It is super subjective. People are going to be nice, and even if it isn’t your best, it gives you somewhere to grow to. If I had released what I thought was the perfect album, why would I put out anything new?

Tiah Shepherd can be reached at tshepherd@wesleyan.edu.