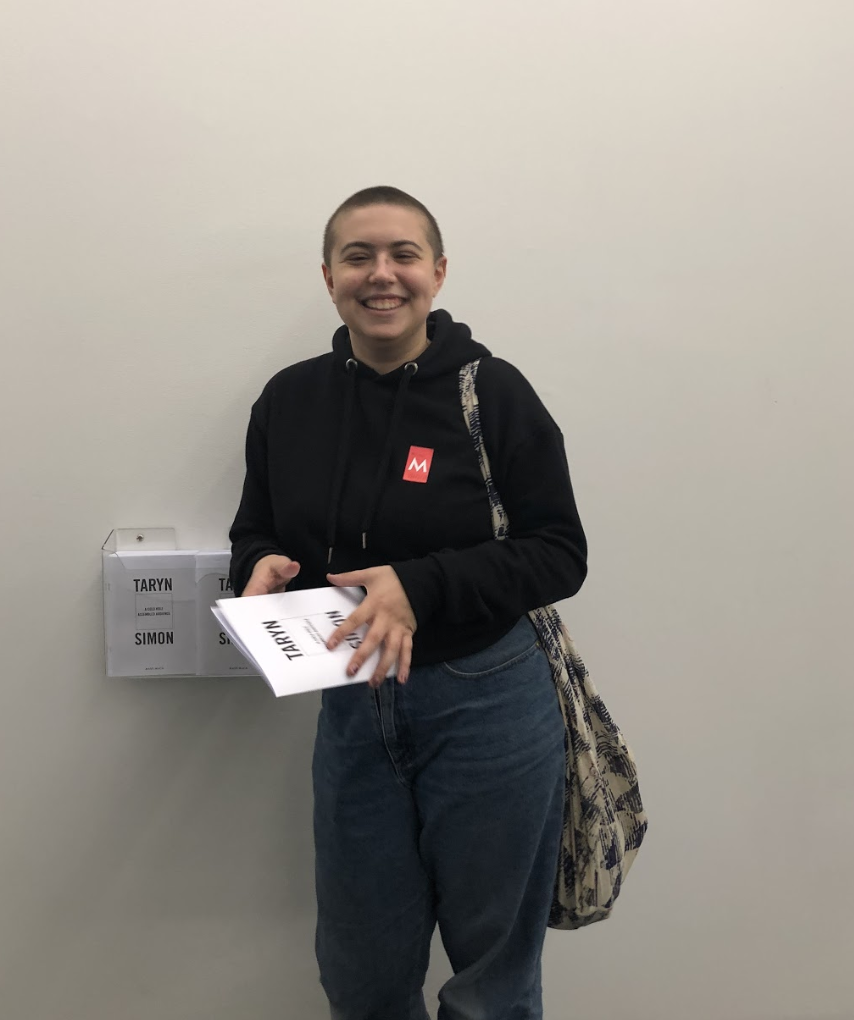 As the class of 2020 mourns the loss of their Senior Spring and spends time in social isolation rather than celebrating with champagne, The Argus remains committed to celebrating the accomplishments of those graduating during this frightening and uncertain time. To do so, we plan to keep publishing WesCelebs, and we are continuing to take nominations. Nominate on, and we’ll continue to confer members of the class of 2020 to eternal Argus glory.

Sivan Piatigorsky-Roth ’20 is a co-coordinator of the Wesleyan Jewish Community, a snake owner, and a Rocky Horror enthusiast. They’re also wrapping up an English thesis: a graphic memoir dealing (in part) with self-representation and anti-Semitism. The Argus Zoomed with Sivan to talk about all this, and more.

The Argus: I guess we’ll just start with like, how’s the transition been—what are you up to now, where are you staying—just a kind of check-in.

Sivan Piatigorsky-Roth: Yeah. I’m back in Toronto, Canada, where I’m from. Lucky enough to have like a good family life and the financial stability to like, y’know, feel safe and secure. Although I haven’t been able to go back to Connecticut to get any of my stuff yet because the border’s been closed, so…. All things considered, pretty good, but teachers have not been like necessarily as accommodating as I’d love about the fact that I like don’t have any textbooks or notes or anything. And it’s also just frustrating to have none of my clothes or books or—

SPR: I do, yeah. She’s being taken care of in Connecticut, but the separation’s tough. [laughs]

A: Has this interrupted any kind of post-graduate plans you have?

SPR: Not really. I’ve been interviewing with various organizations in Boston about work, and I would have been able to go in for in-person interviews, and so they’ve all had to be conducted on the phone or online, but that’s [it]. So far people have been obviously pretty accepting, and accommodating with that.

SPR: I am, yeah. It’s an English thesis.

A: Can you tell me some more about it?

SPR: It’s a graphic novel—a graphic memoir. It’s kind of about how I draw myself and how Jews have historically drawn themselves—and how that’s been affected by, like, comics and anti-Semitic cariacature, and kind of how to draw yourself visually when you’re getting all of this outside input.

A: Have you been enjoying the process of that?

SPR: It’s been really fun, yeah. I love my advisor, [Professor of English and Feminist, Gender and Sexuality Studies] Christina Crosby. She’s the best, and I’ve learned a lot—it’s been pretty good. I’m glad it’s almost over [laughs], but it’s been good.

A: So the nomination mentioned that you’re the coordinator, or—I forget the role exactly—you have a managing role with the Jewish community at Wesleyan. Could you talk about that a little bit?

SPR: Yeah. So I’m one of two co-coordinators of the Wesleyan Jewish Community (WJC), so I am one of the people who kind of oversees the board of students who are making specific things happen and kind of talks to the rabbi every week and makes sure he’s connected with the board and everything’s functioning as it should. It’s really great. I’ve been involved with the Jewish Community on the, like, board level since I was a freshman, and I love it a lot.

A: Can you maybe just speak a little bit about what the Jewish Community at Wes means to you or has meant to you, across your time there?

SPR: I really love that it’s entirely student-run. I think it’s really special in that sense of, everyone is kind of able to come in and give, kind of like say what their needs are and make things happen in accordance to like, what they need and want, because they—being students—are kind of completely in control. So that’s been really nice, and I’ve been—I was raised Jewish, but not very observant, and so observance was something I kind of found in college, and it’s been a really wonderful, supportive place for growth in that way and the people are amazing, I’ve made a lot of wonderful friends through it also.

A: Also, the nomination mentioned that you do Rocky Horror…

SPR: Yeah, that’s another thing I’ve done since I was a freshman. It’s really fun. I play Rocky—or I played Rocky. I sadly will not be able to this semester. But it’s very fun. I don’t do any kind of acting or performance in any capacity other than this, so it’s fun to be able to like once a semester, like get drunk and take my clothes off and like [laughs] be on stage.

A: For sure. I’m sorry that that’s not gonna happen. That’s a bummer.

A: Also—I guess your Terp dance isn’t going to happen, but that’s in the nomination too… What were you working on?

SPR: Me and two of my housemates, or Fauvermates, were going to do a Dolly Parton “9 to 5” dance. We’ve been listening to the Dolly Parton podcast, Dolly Parton’s America, which I highly recommend, and we were going to do some kind of weird cowboy, country, y’know, fun sexy time, that will sadly no longer happen but lives on in our hearts.

A: Hearts and minds. As you look back on your time at Wesleyan, what do you think you’re most proud of?

SPR: I went to a very small high school, there were ten people in a grade, and so I’m really proud of the fact that in college I was able to make a wide variety of friends from all kinds of, like, different places. I feel like I did not have that ability in high school at all, and I feel really lucky for the people I’ve met and proud of the fact that I was able to make connections with no [laughs] prior experience in that regard.

A: Do you have a favorite Wesleyan memory or anything that stands out to you in particular?

SPR: This year I lived with four of my closest friends, who I met in Butts A freshman year. And it was really, really special to be able to live with them. It was like a full circle of like, we lived together freshman year—loosely, same dorm—and now we were able to live together. I think my favorite memories were just hanging out with them in our shared living space.

A: Is there anything you want to leave the Wesleyan community with if you could have some kind of legacy, something you leave behind?

SPR: I don’t know. Not really. The only thing that comes to mind is, the Jewish Community was really special this year, and so I think it was a really wonderful group of people, and I hope that next year that love amongst people involved in it continues and keeps continuing, indefinitely, forever.

A: How much are you in contact with the rabbi at Wes now, or at all?

SPR: A little bit. We’ve like checked in, and he did a little—or, I guess he didn’t—one of the people who coordinates weekly Shabbat services did like a little Zoom check-in last week, and he was present at that, which was nice. So we’ve checked in, but I haven’t gotten a full update on him or how he’s doing.

A: Do you think—I’ve heard that some churches do like online services now, have you participated in any kind of remote observance, or anything?

SPR: I haven’t really, but I know that’s something…the Wesleyan Jewish Community, we actually had a virtual board meeting the other day and started talking about things we could do to connect people virtually. We don’t have any solid plans as of now, but it’s definitely something that’s being thought about and hopefully will happen.

A: Is there anything else you want to say to The Argus, or to the Wesleyan community?