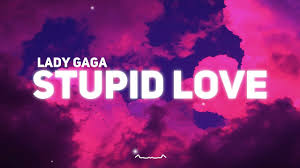 Nathan Pugh: Did you listen to this when it leaked?

Tara Joy: No. I didn’t even know it leaked!

NP: It leaked like five weeks ago. Some hackers found some loophole on her website and let’s just say, it was shared with me.

TJ: Okay, so you’ve had more time to sit with this song than I have.

NP: I have, but what do you think?

TJ: I mean, I think it’s extremely catchy. It’s really a bop. Well, I haven’t followed Lady Gaga’s musical career that closely, but I’m quite attached still to her older music, which was very in when I was in middle school. I think The Fame is still great, I stand by it. And I respect that she has experimented a lot and tried a lot of different things, but also The Fame is still my favorite Lady Gaga album by far, and this feels like a return to form.

NP: I definitely have to stan The Fame Monster. I mean, “Bad Romance,” “Alejandro,” [and] “Telephone.” Listening to the new song reminded me of my childhood. Well not my childhood, but my middle school adolescence, you know what I mean?

TJ: Yeah, it had the energy of her older music, I think. I liked that.

NP: Did you see the music video?

NP: The music video is her in the desert, it’s shot on an iPhone, and she’s in full Power Rangers garb dancing in the desert.

TJ: That sounds amazing. Do we know when the full album is coming out? I didn’t do any research for this cross talk, as you can tell.

NP: No, we don’t know when it’s coming out. I feel like I haven’t gotten true pop music from Lady Gaga since maybe 2013. What did you think of her “A Star is Born” era?

TJ: I haven’t seen “A Star is Born,” but I have listened to the soundtrack. I respect it, I’m glad that she made a foray into acting, good for her, but it wasn’t really for me.

NP: I feel like I appreciate that era but I’m not necessarily like ,“Yes, let’s listen to the ‘A Star is Born’ soundtrack on the regular.”

TJ: Honestly, that’s kind of how I feel about a lot of her music. Like Joanne is a good album, but I also don’t feel that compelled to listen to it.

NP: I think it’s cohesive, it knows what it is, and it’s very well done for what it is, but I’m not going out of my way to bump Joanne.

TJ: Whereas songs from The Fame still get stuck in my head for no reason.

NP: I feel like Lady Gaga was the first pop star I really actively followed.

TJ: For me, around middle school was when I started really consciously consuming media, as opposed to just listening to what my parents listened to or what was on the radio. And she was one of the first pop musicians that really registered. I was like, “Oh, this is a thing that all my friends listen to that is cool.”

NP: I remember watching her at the VMAs performing “Paparazzi,” and there was all that fake blood.

TJ: She’s really a wild performance artist, which I respect.

NP: I don’t know if she’s reaching that level of crazy anymore.

TJ: Well that’s the thing about this song. It was so catchy and I would probably get hyped if it played at a party, but it didn’t feel that unique. It was just a danceable pop song. I could see a lot of artists having made it. So I don’t think it had that Lady Gaga weirdness, but I still found it quite delightful. I guess I’m interested to see, whenever the whole album comes out, if it’s all like this or if it’s more experimental. I know The Fame was more straightforward dance pop music, but even that was relatively experimental, especially when she performed it live.

NP: It had a concept to it, you know what I mean?

TJ: This song feels quite generic, frankly. So I wonder what the rest of the album will be like.

NP: I’m excited for new music. I feel like ever since 2016, artists have not released new music.

NP: I mean like, Rihanna, Beyoncé, Frank Ocean. I’m not saying no one has released music, but the people that I followed when I was young haven’t.

TJ: Okay, that makes more sense. I wouldn’t say I’m a super dedicated fan of Lady Gaga, but she’s someone who’s really interesting to me. I think pop music now is much more weird and experimental than it was eight years ago, and back then she was really the only person doing what she was doing. I guess she took a lot of aesthetic inspiration from Madonna, so I’m not gonna call her a pioneer, but she was really a unique presence from the start.

NP: I think the pop landscape is also very different, because she was releasing stuff around like the Black Eyed Peas and Kesha, like way back in the day.

TJ: Exactly! It was so different from all of those things. I feel like her music got, not more toned down necessarily, but it did take a turn. Especially with Joanne, that seemed like a transition away from music as a huge spectacle. “Sophisticated” isn’t the word I’m looking for, but it was less pop star music, you know? And now it seems like maybe she’s returning to her roots. Which I’m here for.

TJ: Joanne is fine, but there are enough emotional pop singers.

NP: I want her to have fun.

TJ: I want Lady Gaga I can dance to to come back.