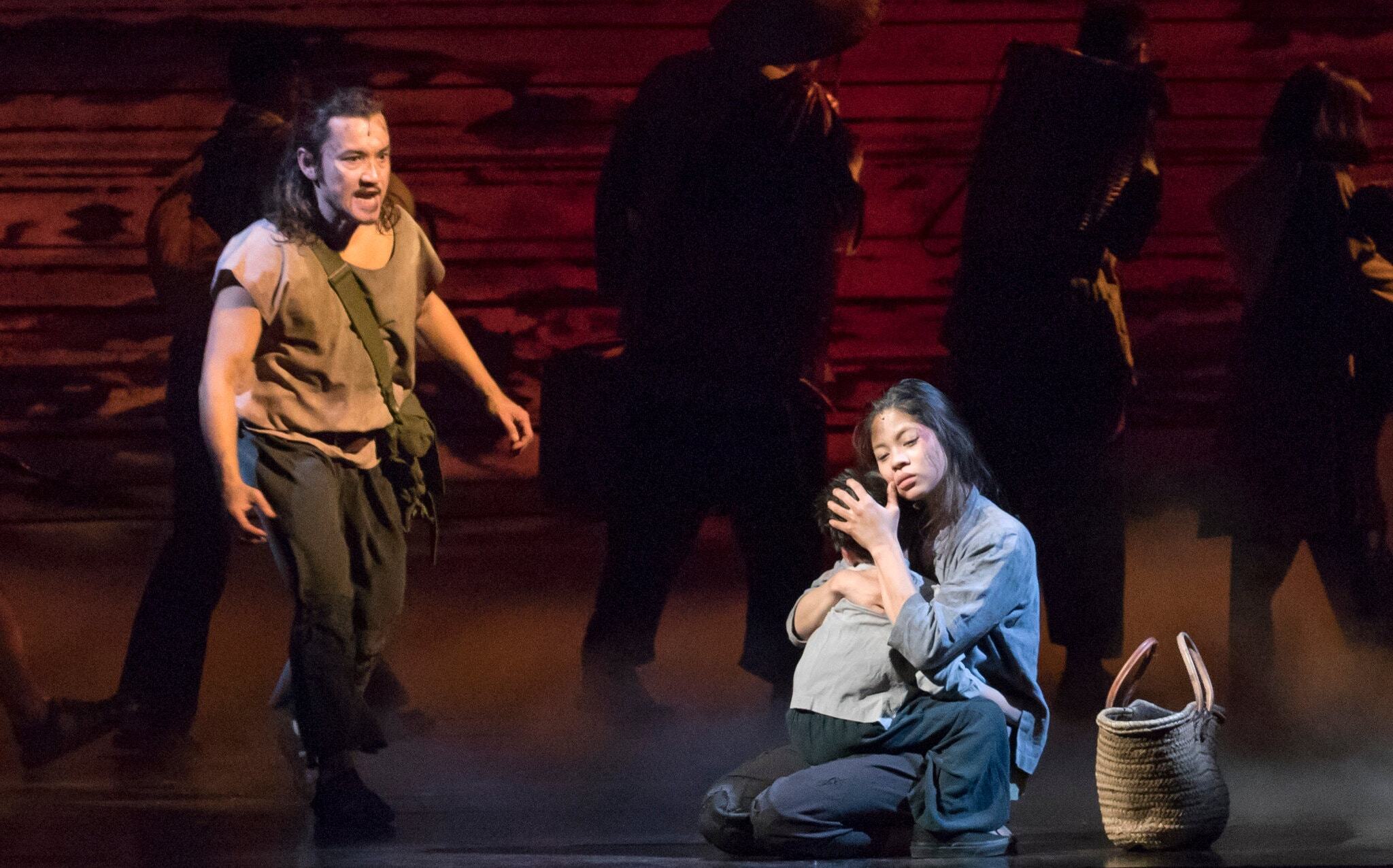 Described as “The Epic Love Story of Our Time,” “Miss Saigon,” which is currently touring around the United States, stands as one of the most critically acclaimed romantic musicals. The play is set in Saigon, now known as Ho Chi Minh City, during the Vietnam War. It revolves around a hopeless fling between Chris, an American soldier, and Kim, a Vietnamese prostitute. Although the couple ends up falling in love, the play tragically ends with Chris abandoning Kim for his wife back in America. While the play seems like your run-of-the-mill Shakespearean romance, it projects an amazingly ignorant concoction of sexist and racist undertones, mostly through the main character Kim.

As a young orphaned virgin who is forced to work in a brothel, Kim exemplifies the racist fetishism of Asian women that has dominated the landscape of Asian representation in media for ages. She is depicted as a helpless woman who finally finds a white male savior that will lead her to a better life in America. Kim’s identity as a Vietnamese woman is reduced to a merely exotic factor, with her character seamlessly fitting the criteria for the stereotypical Asian woman. An inexperienced virgin, yet extremely sexually suggestive? Check. Weak and utterly dependent on a white man to buy her freedom from the brothel? Check. Hopelessly loyal, even though her lover has abandoned her for a different woman? Check.

However, it isn’t only Asian women who suffer from the skewed portrayal of Vietnam and its people in “Miss Saigon.” Throughout the play, it seems as if all of the Vietnamese characters are looking for an American savior, whether it’s the prostitute who begs her American client to take her to America, the pimp who sleazily bargains Kim’s freedom for a visa and shamelessly sings, “Make me Yankee, they’re my family,” or Kim herself. The Americans are shown as powerful overlords of Vietnam. Chris sings, “A guy like me lives like a king.”

Although “Miss Saigon” originally premiered on Broadway over 30 years ago, “Miss Saigon” is still relevant in a pivotal moment in time for Asian representation. It’s no secret that Asian representation has been gaining traction in popular media over the past few years. Whether it’s the unexpected commercial success of “Crazy Rich Asians,” the ever-continuing expansion of the mass media company 88rising, or the historic “Parasite” win at the Oscars, Asians and Asia as a whole are slowly but surely receiving long overdue recognition from the American entertainment industry.

Although it’s clear that we’ve come a long way since the days of “Breakfast at Tiffany’s” Mr. Yunioshi, we haven’t come far enough to see the day in which Randall Park of “Fresh off the Boat” isn’t the only middle-aged Asian actor on television. But there’s no need to create any representation at the risk of poor representation. In an age in which stereotypes are seemingly broken and yet increasingly perpetuated at the same time, it is important to remember to not simply tell a story about Asia, but rather to tell a story from an Asian perspective. A musical like “Miss Saigon” is so dangerous because the story is being told to an audience who wishes to see a contorted caricature of what they think Asia is. Simply put, “Miss Saigon” is ultimately a story about Asia that is written for and by an uninformed Western audience.

Although the future remains hopeful for Asian representation, the entertainment industry is currently at a perilous crossroads towards remaking yet another “Miss Saigon” or taking a new step towards genuine representation. Which road the industry will take remains uncertain.