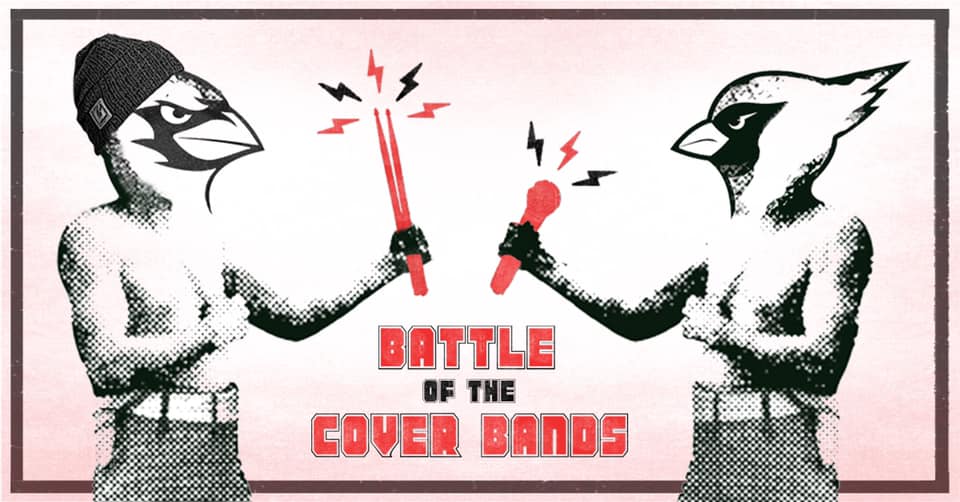 Electric guitar filled Music House as the Battle of The Cover Bands commenced at around 10 p.m. last Friday night. Flashing lights and abstract wall art set the scene for this much-anticipated event, as over one hundred Wesleyan students packed themselves into a small room to watch the first group, Blondish—a Blondie cover band—hit the stage. Some students hung out the window, others moshed in the middle of the dance floor, and a third more reserved category of concert-goer stood at the back of the room calmly head-nodding. After Blondish, Bourtney Carnett performed, paying homage to Australian Alt-Rock musician Courtney Barnett. This was followed by OK Comboomer, a Radiohead cover band that shut down the house.

“The Radiohead set felt as if Thom Yorke himself was enthusiastically drilling into my ear drums,” Alan Schiller ’23, a big fan of OK Comboomer’s performance, said.

At 11 p.m., Ghoul rocked their heart out to Ghost’s greatest hits, skeleton makeup and all, and once their set was over, the lead singer immediately joined the moshpit. Talking Teds and Jerry’s Kid both killed their rendition of the Talking Heads and the Grateful Dead, respectively.

“It was really interesting to see all the band’s unique takes on such classic songs,” Tiah Shepherd ’23 said.

At midnight, Is This Shit did a fantastic job emulating the indie rock style of Julian Casblancas and The Strokes. The set from JoBroCo, a groundbreaking Jonas Brothers cover band, and Frenemeisnemies ended the hour, and at 1 a.m., the Music House concert was still in full swing. A great performance from a Pixies cover band ended off the night, but even at 1:30 a.m., the crowd seemed like they were ready for more. The judges deliberated over the course of the next day, and after much anticipation, OK Comboomer came out victorious with their excellent covers of “Paranoid Android,” “My Iron Lung,” and “National Anthem,” followed by Jerry’s Kids, Talking Teds, and then Is This Shit.

Gabriel Ballard ’21, co-host of Battle of The Cover Bands, explained the process that allowed this event to come together.

“While everyone in the house played a role in publicizing and spreading the word, the two main driving forces behind the show were myself and my co-host Jacob Zilversmit [’22],” he said. “We had the idea to do this probably back in November, but wanted to wait until the spring semester in order to generate more hype for it. Over winter break, Jacob and I created a google form and sent it out on WesAdmits for bands to sign up with like two months time for bands to form and practice. Once we got most of the bands signed up we created a very very cool poster with the help of graphic designer Kate Kopf [’22], and then we really just used word of mouth and Facebook to promote the event.”

“In the end it was super successful,” Ballard said. “All the bands were super good and so many people showed up and had a wonderful time!”

It was exciting to see the way Music House brought together the talented musical community of Wesleyan for this event. For their first time doing this event, it was an undeniable success, and from the response of the crowd, I doubt this will be the last time we see a Battle of the Cover Bands on the Wesleyan campus.